by Claire Chambers Much has been written about Boris Johnson as a politician in recent weeks. But Johnson is also an author of fiction, verse (I won't dignify it by using the word 'poetry'), and journalism. As such, another way of understanding the man's worldview is to scrutinize his imaginative work. I examine Johnson's ​little-known… by Claire Chambers Leila Aboulela's debut novel The Translator (1999) is about a love affair between a Sudanese translator, Sammar, and her employer, the Scottish lecturer Rae Isles. Turkish novelist Elif Shafak similarly handles various transcultural love affairs in her 2012 novel Honour, but is more concerned with their darker aspects of jealousy and disgrace.…

by Claire Chambers Since 1855, both orthodox and non-practising Arab Muslim writers have produced an exciting, politicized, and high-quality body of artistic work. Among other aims, it seeks to portray the concerns of British-based members of the transnational faith group, or ummah. My research indicates that, particularly in the years following the riots in northern…

by Claire Chambers I recently wrote an essay for Dawn on general postcolonial rewritings of Shakespeare's Othello. For the present column, I turn to what Ania Loomba has called 'the made-in-India Othello fellows'. In other words, I am interested in those Indian writers who, from Henry Louis Vivian Derozio onwards, have looked to this play…

Iin light of the examination of the issue of torture in J. M. Coetzee’s Waiting for the Barbarians and Moazzam Begg’s autobiography Enemy Combatant, this essay discusses Elaine Scarry’s and Tzvetan Todorov’s evaluation of the fallout caused by the torture of the Other. 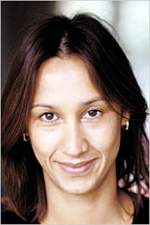 by Claire Chambers Something rather different comes out of fiction by three Bengali women writers based in Britain, as compared to the male authors I examined in Banglaphone Fiction I and II. In this third and final part of the essay, I first examine Monica Ali who, in her novel Brick Lane, mostly evokes life… by Claire Chambers In this post, I continue my discussion of what I'm calling ‘Banglaphone Fiction', namely short stories and novels written in English and dealing with life in Britain by authors from the two Bengals. I am interested in how both Hindu Indian and Bangladeshi Muslim writers perceive the UK and its migrant population.… In the 1940s, around the time that the British Raj was disintegrating, Bengalis were coming to Britain in Lascars large numbers. (Smaller numbers had travelled to the country from as long ago as the seventeenth century onwards.) Many of them hailed from Sylhet in what is now northeast Bangladesh. Some of these new residents had previously been lascars, working on the crews of ships or as cooks. Settling in areas such as East London’s Spitalfields, Sylhetis pioneered Britain’s emerging curry restaurant trade, laboured for long hours and with few rights in the garment industry, and worked as mechanics. This article is about their representation in fiction by writers with heritage in both West (majority Hindu) Bengal, and Bangladesh, a predominantly Muslim country.

by Claire Chambers Nine days after 9/11, on 20 September 2001, President George W. Bush responded to the World Trade Centre attacks by addressing a joint session of Congress. He lamented that in the space of a 'single day' the country had been changed irrevocably, its people 'awakened to danger and called to defend freedom'.… Curry houses are also a dominant setting in much writing by authors of South Asian heritage in the UK. Writers working in Urdu, English, and Bengali have evoked both South Asians living in Britain and the restaurant fare they produce. In this essay, Claire Chambers extrapolates a strand from her forthcoming book Britain Through Muslim Eyes, Literary Representations, 1780−1988 (Palgrave: autumn 2015) and discusses the history and cultural representation of curries in Britain.