Among the most striking developments in the art world in the past 150 years is the proliferation of objects that count as works of art. The term “art” is no longer appropriately applied only to paintings, sculpture, symphonic music, literature or theatre but includes architecture, photographs, film and television, found objects, assorted musical genres, conceptual works, environments, etc. The Museum of Modern Art in New York proudly displays a Jaguar XKE roadster as a work of art. As Jacques Rancière writes regarding the modernist aesthetic that begins to emerge in the 18th Century:

“The aesthetic regime asserts the absolute singularity of art and, at the same time, destroying any pragmatic criterion for isolating this singularity. It simultaneously establishes the autonomy of art and the identity of its forms with the forms that life uses to shape itself.”*

Rancière argues that with the proliferation of objects that now count as art, contemporary art is neither autonomous from nor fully absorbed into everyday life but occupies a borderland between the everyday and the extraordinary that is art's function to continually negotiate. Art is about having a certain kind of aesthetic experience; it is no longer about a particular kind of object.

Wine is among the most prevalent of everyday objects that have no function except to provide an aesthetic experience. And so the question naturally arises: Can wine be a work of art?

END_OF_DOCUMENT_TOKEN_TO_BE_REPLACED 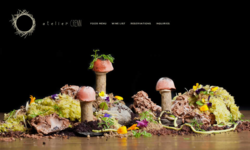 In grasping the role of art in contemporary life, one noteworthy theme is the process of artification. “Artification” occurs when something not traditionally regarded as art is transformed into art or at least something art-like. As far as I know, the term was first used in a Finnish publication by Levanto, Naukkarinen, and Vihma in 2005 but has found its way into the wider discussion of aesthetics. It is a useful concept for addressing the boundaries between art and non-art that are constantly being negotiated and renegotiated in contemporary society.

The general issue I want to address is whether artification is a confused and superficial misappropriation of art, a kind of “making pretty” of ordinary objects which we normally associate with kitsch. Or should we welcome artification as an enhancement of both art and life?

Since at least the 18th Century we have had a fine arts tradition that included painting, sculpture, literature, poetry, classical music, and the performing arts of dance and theatre. But over the last century cultural phenomena from architecture, film, jazz, rock music, and hip-hop to graffiti, video games, and even some natural objects have aspired to, and to some degree succeeded in, being included in the extension of the concept of art. The world in which “art” refers to a specific kind of object is long past

Furthermore, many cultural practices including advertising, science, and education are being mixed with art in order to introduce creativity, imagination, and emotional engagement. Among this group of artified objects and practices, many people would include gastronomy, which I want to use in this essay to test assumptions about art and artification. What does this process of artification mean in the context of gastronomy?