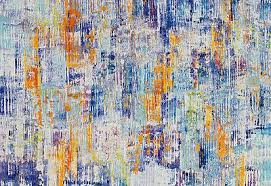 Philosophical definitions of art are not only controversial but tend to be unhelpful in understanding the nature of art. While trying to accommodate new, sometimes radically unfamiliar, developments in the art world, philosophical definitions typically do not explain why art is something about which we care, arguably something a definition should do. Institutional theories that treat art as any work intended to be displayed for the art world, or historical theories that view art as having some intended relationship to prior artworks, leave out any reference to why art is worth making and appreciating.

Aesthetic theories get closer to bringing the value of art into the picture. They privilege an artist's intention to imbue objects with aesthetic character, which when successful produces aesthetic pleasure, surely a primary reason for valuing art. But embodying an intention to produce aesthetic pleasure is not sufficient for something to be an artwork. An attractive, mass produced set of dishes or a potted plant might be intended to have aesthetic properties but are not works of art. Furthermore, the appeal of some works of art such as the ready-mades (e.g. Duchamp's shovel) is not primarily aesthetic at all. Clearly aesthetic pleasure is an important goal of art and one reason why we value it. But considering other reasons to value art might get us closer to a definition that clarifies art's nature.

It seems to me that in addition to art's ability to produce aesthetic pleasure we value works of art because they are accomplishments. We admire and appreciate the skill, effort, depth of insight and conceptual dexterity required to produce art. But more importantly we appreciate works of art because they exemplify creativity. Above all, works of art are works of imagination that constitute a departure from the everyday and the mundane. They surprise us and move us because of their unfamiliarity. I would argue that creativity constitutes the distinctive kind of accomplishment that is a work of art. Thus, it is puzzling that most philosophical definitions of art do not include creativity among their conditions.

To my knowledge the only one that does so is Nick Zangwill's “Creative Theory”. (See Zangwill, Aesthetic Creation) However his theory suffers from a lack of attention to the creative process. I want to take a stab at a more adequate creative theory.

This strikes me as shockingly clueless about the artistic process. No doubt some art does proceed from clearly defined intentions regarding artistic aims and with a full understanding of how to achieve them. But much art is more serendipitous than that. Artists often begin with a vague feeling about what they are trying to achieve or may proceed with no end in mind by experimenting with various techniques or combinations of colors or textures until something aesthetically significant appears. In these cases, they are creating often with no insight into how the aesthetic effect is to be achieved even after the fact. Or, alternatively, artists sometimes gain insight into what they are aiming for as they proceed. The insight is a result of their process not antecedent to it. Often the aim of a work is constituted as the artist discovers how to execute the work continually breaking with her prior aims and constraints as new possibilities unfold. Back in the day when I was a musician and songwriter, some of my best songs were created by aimlessly plucking out melodies on a guitar until something compelling emerges. Even after going into the studio to record tracks I would discover the genre, subgenre or main motifs of a song only as the recording process was coming to a close with results radically at odds with assumptions going in. Zangwill anticipates these kinds of objections.

“Am I implying that every aspect of a work of art is intentionally produced? No. Chance often plays a role. This is most dramatic in the paintings of Jackson Pollock. But even in his paintings, chance plays a role only within certain confined parameters. How his paintings turned out was very far from being completely a matter of luck. There is always some result that was deliberately produced.”

Nevertheless, Zangwill is right that there are some intentions involved even in those cases in which chance plays a role. My aimless, experimental picking on the guitar was motivated by the intention to create a song with aesthetic value. What I would deny is that such a process necessarily presupposes insight into how sounds are to create that aesthetic value. Thus, a viable creative theory requires a more plausible account of creativity. Yet Zangwill's approach is in the right direction. If a work exemplifying creativity is an accomplishment of the artist, then that accomplishment must reflect something about the artist's intention, vision, or point of view. Random acts of creativity would seem not to do that.

Zangwill's view aside, the most widely held philosophical definition of creativity holds that creativity “is the capacity to produce things that are original and valuable.” (See Berys Gaut's useful summary here) This second condition, that a work must be valuable to count as genuinely creative is necessary to rule out frivolous novelty or creative nonsense, neither of which would count as an accomplishment. Yet this seems to also rule out creative violence and other creative acts that would lack value yet intuitively would exhibit creativity. It might be nice if we could define evil out of the pantheon of creative acts but evil is always a stubborn thing that resists wishful thinking. The first condition, originality, is also problematic. The creativity embodied in a work is not diminished by the fact that someone, somewhere created something similar assuming that the second work is not a copy or excessively derivative. Creativity is at least in part about the process through which something is created—it is not exclusively about its relationship to other works. Originality and creativity are both valuable in the arts but should not be collapsed. Thus, this widely accepted definition is not promising.

I don't have a fully fleshed out theory of creativity in my pocket but I will gesture in the direction of where we should look for one. Creativity is a capacity, a disposition, and thus something like a quality of character possessed by people. Aside from the fact that we enjoy their creations, what is it we admire about creative people? To put it in the vernacular, we admire their ability to “think outside the box”, i.e. to be relatively less constrained by norms, habits, and conventions than the average person, at least within the boundaries of some sphere of activity. (I don't think that in order to be creative one must be in general unconventional, but only unconventional within a domain.)

There are two components to this capacity. One is the ability to have creative thoughts—an imagination that ranges broadly and deeply outside the conventional range. But the second is the willingness to nurture this imaginative ability and go with its results. Creativity involves a kind of receptivity, an openness to what is new, atypical or unconventional and a willingness to be affected by it. I said above that we value art because individual works are accomplishments and raised the issue that, if creative acts are often the result of unconscious processes and chance occurrences, these would not be an accomplishment of the artist since they were not intended. But what the artist can take credit for is nurturing this receptivity and honing its products into an artistic vision. Receptivity, making oneself available for the unconventional, requires a certain kind of attention and energy that can be enhanced or suppressed, and the lives of creative people often involve resistance to external and internally imposed attempts to stifle imagination. There is self-overcoming and the hurdling of obstacles involved in a disposition to be creative even when such a capacity comes naturally. Furthermore, and perhaps more importantly for the issue of intention, creative people must take the results of their mysterious unconventionality and shape it into something intelligible. Ultimately it is that work, that shaping into intelligibility, which constitutes the artist's vision and the accomplishment. Aimless noodling on the guitar or experimental brush strokes, however inventive they may be, are not yet works of art. They need to be worked on until they acquire intelligibility and aesthetic character. The spark of insight that constitutes the creativity may not be intentional but the deployment of the idea will be. The intention may occur downstream from the creative idea but it is no less a part of the process of creation represented by the finished work.

For more on aesthetics, especially the aesthetics of food and wine, visit Edible Arts or consult American Foodie: Taste, Art and the Cultural Revolution