Political jokes were no laughing matter for the East German state security service., The Ministerium für Staatssicherheit (MfS, more commonly known as the “Stasi“) viewed humorous quips about the political leadership as a form of political resistance during the Cold War years. The culture of repression enforced by the Stasi in the DDR (Deutsche Demokratische Republik, the official name of East Germany) outlawed anti-government propaganda and sedition, and these anti-sedition laws enabled the Stasi to arrest citizens who shared political jokes.

Just a few months after the Berlin Wall was constructed, the Stasi arrested a 32-year old building painter at his workplace in the town of Sassnitz, hand-cuffed him and drove him to an undisclosed location. The Stasi agents provided no explanation for his arrest until late at night when he was lay down on a plank bed in a prison cell, trying to make sense of what crime he had committed. Exhausted and befuddled, he was just about to fall asleep when Stasi prison guards dragged him out of his cell into an interrogation room and informed him that he had been arrested for sedition. A Stasi interrogator wanted to know exactly what his opinions were about the party leadership, the relationship between the DDR and the Soviet Union and which Western radio channels he listened to. The painter provided all the details in a reasonably honest manner, without hiding his critical views.

The interrogator then asked him to write down every political joke he had ever heard or shared. He knew of nine jokes that he had told and wrote them all out for the Stasi. Here is one of the nine jokes:

After spending several months in Stasi custody where he underwent repeated interrogations, he was sentenced to three years in prison for engaging in anti-government propaganda and sedition by a penal court. The summary report by his Stasi interrogators was a central piece of evidence in the mock trial and it specifically listed the political jokes as well as the names of fellow citizens who heard him tell the jokes.

The journalist Bodo Müller describes the fate of this painter in his recent book “Lachen gegen die Ohnmacht: DDR-Witze im Visier der Stasi” (Laughter as medicine against impotence: DDR jokes in the crosshairs of the Stasi) as an example of how seriously the Stasi approached the matter of political jokes, especially in the 1950s and 1960s. Müller was a DDR journalist who had been arrested and imprisoned by the state authorities after a failed attempt to escape in 1985. After the reunification, he was granted access to the secret files the Stasi has kept on him. Müller found out that the Stasi had kept a file on him since the 1970s, long before his attempted escape. He had been flagged because he collected and told jokes mocking the DDR leadership since his teenage years. When perusing the Stasi files about his activities, he learned that secret Stasi informants among his acquaintances had provided detailed information about the exact dates of when he had begun telling jokes, details that Müller himself had long forgotten. In fact, Müller had written down several hundred jokes about the DDR government and hidden those notes in the wall behind his kitchen sink. Fortunately for him, the Stasi never found his joke stash despite conducting secret searches of his apartment to find signs of conspiratorial activity. 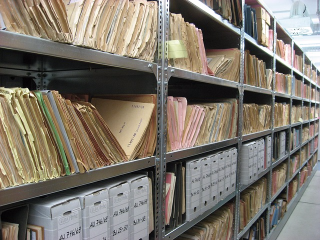 Reading his Stasi file inspired Müller to scour 40,000 pages of now declassified Stasi files to understand the depth of the Stasi involvement in monitoring and persecuting jokesters. It appears that the DDR authorities aggressively pursued joke-tellers in the 1950s and 1960s but had relented somewhat by the 1980s. Perhaps they had realized that some degree of political humor allowed the DDR citizenry to blow off steam without engaging in activities that might pose an even greater threat to the regime. Or perhaps political jokes had become so widespread that containing humor by arresting perpetrators would have been futile.

How did the West German authorities view political joke-telling in the DDR? The West German intelligence agency BND (Bundesnachrichtendienst, now the primary foreign intelligence agency of the reunified Germany) recently declassified documents which revealed that one of their divisions monitored political humor in the DDR as a barometer of resistance in the DDR. The historian Hans-Hermann Hertle and the journalist Hans-Wilhelm Saure reviewed the declassified BND materials in their recent book Ausgelacht: DDR-Witze aus den Geheimakten des BND (Mocked: DDR jokes from the secret files of the BND). The BND emphatically denied that they actively disseminated political jokes to undermine the DDR leadership but the BND did have agents in the DDR who reported on the latest comedic developments. A number of the jokes compiled by the BND remarkably overlap with those found by Müller's research in the Stasi files.

Here are some examples of the jokes told by DDR citizens documented in the BND records:

What is the difference between an egg and a DDR citizen? An egg can only be broken once.

Why aren't there any bank robberies in the DDR? The robbers would have to wait 14 years for the escape car.

Why do DDR athletes always win Olympic bobsledding events? People in the DDR grow up squished between walls while racing downhill.

The majority of these jokes found in the BND files were collected in the late 1980s, just a few years before the collapse of the Berlin Wall and the DDR. The growing number of jokes and widespread usage may have been indicative of the shifting mood and increased political defiance among the broad DDR citizenry towards the late 1980s, especially when the authoritarian DDR regime stood our as being even more reactionary than the Soviet Union under Gorbachev.

It may be an interesting undertaking to similarly analyze political or anti-authoritarian humor in other totalitarian settings, both historically as well as in the present. Does increased telling of jokes about contemporary religious and political leaders in religious or political totalitarian systems, for example, foreshadow their downfall? Humor as an indicator and even a vehicle for bringing about political or ideological change is an exciting area of research that could yield important insights into the psychology of resistance and revolution.

Even though the BND meticulously collected political DDR jokes, it is not clear that these jokes were adequately analyzed and that they provided valuable intelligence. Instead, it appears that they represented a missed opportunity for the BND which was blindsided by the political change in the weeks leading up the resignation of Erich Honecker and the fall of the Berlin Wall. Perhaps the best – albeit unintentional- joke in the BND files is a statement made on September 26th 1989, two weeks before the famous Leipzig mass demonstration against the DDR government and seven weeks before the opening of the Berlin Wall: The BND stated that the protestors belonged to marginalized groups who would have little political impact.