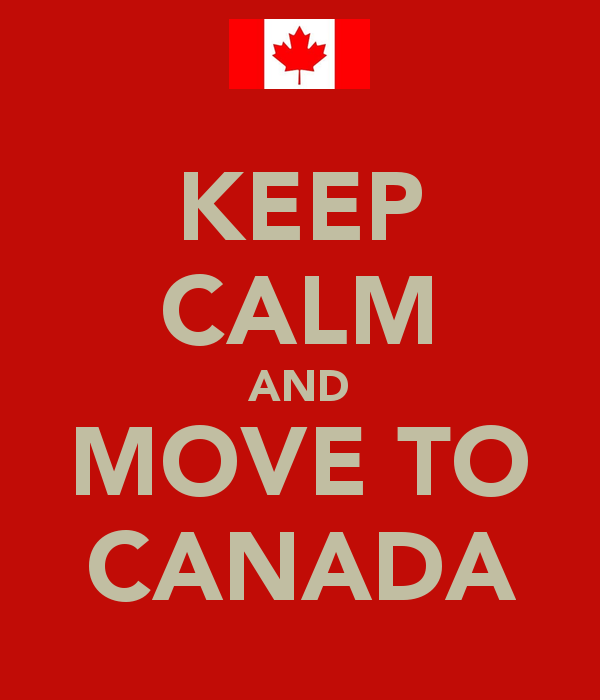 Is there anything more clichéd than some spoiled, petulant celebrity publicly threatening to move to Canada if the candidate they most despise wins an election? These tantrums have at least four problems:

1. As if Canada wants you. Please.
2. Mexico has way better weather and food than Canada. Why didn’t you threaten to move there? Is it because of all the brown people? No, you insist. Is it the language? Well then if you do make it to Canada, here’s hoping they stick you in Quebec.
3. New Zealand seems to be the hip new Canada. I’ve recently heard several people threaten to move there. News flash, Americans: New Zealand wants you even less than Canada does.
4. Fuck right off then if you don’t want to be here.

As we stare down the possible re-election of Donald Trump, I’ve got a much better alternative: Stay put and begin a serious, adult conversation about disuniting the states.

If, through the vagaries of the Electoral College, 45% of U.S. voters really do run this nation into an authoritarian kleptocratic, dystopian ditch, then instead of fleeing with your gilded tail between your legs, stay and help us reconfigure the nation. It might be the sanest alternative to living in Trump’s tyranny of the minority, in which racism and sexism are overtly embraced, the economy is in shambles, the pandemic rages unabated, and abortion may soon be illegal in most states as an ever more conservative Supreme Court genuflects to corporate interests and religious extremists.

And of course it cuts both ways. Should current polls hold and Joe Biden manage to win the election with just over half the popular vote, those on the losing side will be every bit as upset. So upset that they too would likely open to a conversation about remaking an America. END_OF_DOCUMENT_TOKEN_TO_BE_REPLACED