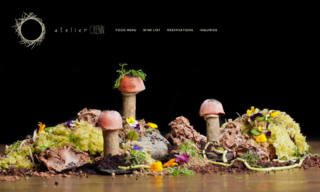 In the humdrum course of daily life, we tend to ignore most of the objects we encounter. We focus only on what will break down or threaten us if we aren’t paying attention and neglect anything that is in its proper place benignly performing its function. Such inattention is a shame but inevitable. We wouldn't survive for long if we maintained a child's fascina tion with what can be taken for granted.

One of the functions of art is to resist that inattention and sustain, if only at very special moments, a fragile fascination with the commonplace. The history of art is full of examples of works that illuminate the ordinary: The Rembrandt portrait that reveals a little-known character of its subject; or beams of light from an undisclosed source in a Caravaggio that reveals God's presence in an everyday scene. But it is especially true of modern art. The still-lifes of Cezanne, the ready-mades of Duchamp, the bricolage of postmodernism, all exemplify one prevalent theme of the art of the past 150 years—the commonplace is extraordinary.

Van Gogh was especially gifted at wresting revelation from the commonplace. In explaining why he left Paris for Arles in Provence, Van Gogh wrote that he wanted to “paint the South” to help others “see” it. Convinced that previous painters had failed in this task, he painted roughly 328 canvases of the area in a little over two years, a body of work which included 14 canvases of trees in bloom in the fields near Arles, a number of paintings of the Alpilles hills just outside of town, and 12 paintings of wheat fields visible from his window in the asylum, to which he consigned himself after cutting off his ear.

Trees in bloom, distant hills, wheat fields? These are commonplace objects we might superficially admire while on a leisurely walk, but they typically escape our focused attention. Yet, Van Gogh was convinced there is something to see in these objects, which our ordinary modes of perception cannot easily discern and which require an artist of his stature to make visible. (I hope cutting off one's ear is not a requirement for such an ability to see.)

What does Van Gogh see in the fields and hills near Arles that others miss?