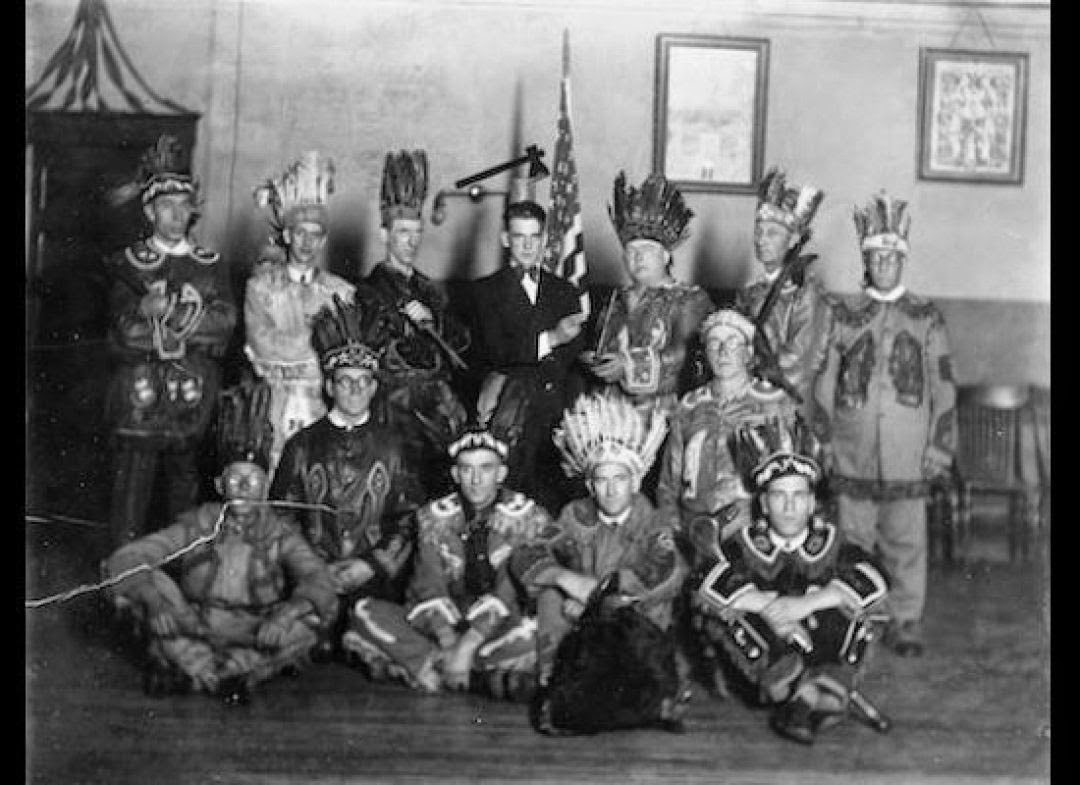 Europeans spent 400 years killing, raping, lying to, and robbing Indigenous Americans. And then, when they’d taken most everything they wanted, they turned Native peoples into tokens, costumes, mascots, and fashion accessories. Like most fashion trends, it’s gone in cycles.

During the mid-19th century, when secretive men’s fraternal societies such as the Masons and Shriners became popular, the Improved Orders of Red Men was one such organization. Members occasionally dressed as make believe Indians and “whooped” it up. Although most people today have not heard of them, some Red Men societies held on until the late 20th century. Indeed, my own Baltimore neighborhood had a Tecumseh chapter building when I moved here in 2003.

By the early 20th century, dressing up as Indians had become a trendy pursuit for boys. The Boy Scouts promoted this appropriation, and it soon spread to countless summer camps across America. This childish cosplay was widespread during the first half of the Cold War, when Hollywood Westerns were at their peak of popularity, both in movie theaters and on TV. Countless backyard games of cowboys and Indians ensued, along with a fresh wave of children dressing up as both. END_OF_DOCUMENT_TOKEN_TO_BE_REPLACED In addition to recording his own music, Leon Russell was a prolific session musician who worked with hundreds of artists over six decades. His main instrument was piano, but he played everything from guitar to xylophone. Russell was also was a songwriter who contributed to other musicians’ oeuvres. His song “This Masquerade” has been recorded by over 75 artists. “A Song For You” has been recorded by over 200. Finally, he was a record producer, a mastermind behind the glass and in front of the mixing board who oversaw and orchestrated, literally and metaphorically, the artistry of others. END_OF_DOCUMENT_TOKEN_TO_BE_REPLACED