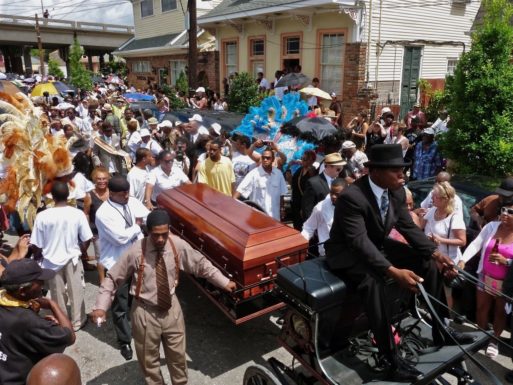 Death was already about me. I’d recently written two death songs. Not mournful, but peaceful and welcoming. No reason. They just seeped out of me. Then came the Covid infection. It must’ve found me in upstate New York while vacationing with friends.

At first, I assumed it was just those damned seasonal allergies. As bad as they’ve ever been. But then it took a turn. When the thermometer read 100.2 F, I called it a night quite a bit earlier than usual. I wouldn’t open my eyes again for nearly a dozen hours. After finally crawling from the bed, I stumbled into the bathroom and reached for one of those free government test kits. Swab, spin, drip, wait. The incriminating line was a bold streak of bright red. I’m staring at it right now, having kept it as a memento.

By then the fever had broken, but the other symptoms were raging. Body aches. Serious fatigue. A dry cough. Each time my chest convulsed it triggered a momentary splitting headache. My nostrils felt raw, like they were or burning, even though I’d barely blown my nose. The overripe banana didn’t taste like much of anything. The dark chocolate was very intense. Aside from the brief fever, the worst of it lasted 48 hours. Then Jesus came to me.

Bearing some congestion, unrelenting weariness, and the remainder of a five-day quarantine, I spent most of my waking convalescence upon the living room couch. One blanket beneath me, two more atop. I didn’t have the energy or concentration to do much reading, so I watched TV. I suspected even subtitles would drain me, so I kept it light. Then amid the parade of pleasant pablum, I found a twelve-hour lecture series from 2014. Given by a University of North Carolina professor, it was based on his book about how Jesus became God.

I’m not Christian and not terribly well versed in these matters. As a child, I found the Christian fascination with Jesus’ gruesome death to be rather macabre. What did Christian holidays mean to me? Usually just another disconcerting image of a bleeding, writhing man slowly dying. But you can’t escape it, of course; that’s what I it means to be a minority. So I have a decent grasp of basic Christian theology, and am familiar with the New Testament’s more famous bits, though I couldn’t tell you which story or quote is from which book. Or who most of the male characters are. Or why all the women seem to be named Mary. So I let this course on the historical Jesus and the many evolving tales and ideas about him wash over me.

It turns out Jesus keeps dying. He first dies in Matthew, and again in Mark, which I now know was written first even though it appears second. Then he dies again in Luke, the last of the synoptic gospels, a term I’d previously heard, but until now, was just another swirl of incomprehensible Greek. He dies once more in John, that outlier among the four, which casts him as God from time immemorial and for all eternity. Before any of these gospels were composed, the Apostle Paul writes frequently about his death.

And of course Jesus died in real life, probably upon a cross, though we don’t know if he was nailed or tied up, or if some other method was used to affix him. We don’t know how long he lasted before expiring, how long he was left up there after he breathed his last, or what became of his body, though it is highly unlikely he was brought to a tomb, because a dignified burial was very much against the rules. A major point of Roman crucifixion was to define the executed as the lowest of the low. It was a brutal exercise in public shaming, a sentence for thieves and, as in Jesus’ case, insurrectionist against Rome. So crucified corpses were intentionally left to rot a while and be picked over by scavengers before a Roman soldier, not friends or relatives, pulled down the fetid bodies and likely tossed them into a mass grave. One researcher, John Dominic Crossan, even speculated that Jesus’ remains might have been eaten by dogs.

Jesus’ crime, so far as the Romans were concerned, was not blasphemy. They could not have cared less about Jewish theological disputes, about temple leaders thinking Jesus was doing the Jewish religion “wrong.” It was that he had proclaimed himself the Messiah a.k.a. King of the Jews. And that did not mean some other-worldly spiritual king, as Christians eventually came to understand it, but rather the Messiah as Jews like Jesus understood it. “Mashia” (“Messiah” in English, translated as “Christ” in Greek) is a Hebrew word, a title for a worldly man. A warrior king, right here on Earth, who would lead the Jews to independence and restore their kingdom. That was the problem. That was the capital crime.

Indeed. If Jesus had actually lived by one of the phrases attributed to him, “Render unto Caesar the things that are Caesar’s,” the Romans likely wouldn’t have crucified him. But he apparently insisted that he was King of the Jews, and only the Romans got to say who was in charge, who could be a king. In fact, the Jews were allowed no king, only a Roman governor, at that time Pontious Pilate. Attempting to crown oneself without Roman consultation or approval? That was treason.

Jewish leaders might have ratted Jesus out to Pilate. Or maybe the Romans spotted the problem themselves; provincial governors always had troops stationed in Jerusalem during Pesach, the Passover Holiday, precisely to deal with potential riots, sometimes spurred by troublemakers such as Jesus, who were not uncommon. But no matter who finked on him, whether it was an alert Roman centurion, some incensed Pharisee, or one of his own disciples, such as Judas Iscariot, the result was the same. Jesus died. The Romans tortured and executed him for the crime of political rebellion against Rome.

It sounds utterly nightmarish to me. Not the crucifixion; of course that’s nightmarish. Rather, his constant rebirth and death in the minds and prayers of his followers. Truly, there is no rest for Jesus, the poor Jewish carpenter from the backwater town of Galilee. And that’s fine if you think him a god, whether he became a god upon dying as Mark says, upon his birth as Matthew and Luke claim, or has always been and will forever be, as John would have it. Gods need not rest. It is not theirs to collect pension checks and lounge about pool side. Gods are eternal and have much to do. Indeed, a god can bear the arduous horrors of a life marked by birth, poverty, conflict, a gruesome death, and rebirth, only to forever relive it all in the minds of worshipers enthralled with that gruesome death.

But if you’re a mere mortal such as myself, a non-believer who thinks of Jesus as only flesh and blood, a historian who sees in him a man from a small town who came to the big city and made the naive and ultimately fatal mistake of dreaming aloud that he should be king, then perhaps the kindest thing we could do is simply let him die one last time. Let the poor soul rest in peace.

To die is inevitable. To be remembered lovingly is a blessing. And to finally be let go of is to be one with God.