Two profound horrors have plagued the world in recent times: the Covid-19 pandemic and the Trump presidency. And after years of dread, their recent decline has brought me a brief respite of peace.

Not that my peace was ever disturbed as much as many others’. One reason is that unlike the ICU patient or the undocumented immigrant child, neither horror has ever afflicted or assailed me directly. Another is that I have long been comfortable with impermanence, the reality that nothing lasts forever. Not the United States. Not me. Should the one be toppled by a dictatorial demagog or the other felled by a microscopic, multiplying coronavirus, so be it. All must end eventually.

Yet here we are, steps closer to but still somewhere short of the Great Undoing that the pathogen and the politician relentlessly dragged us towards. And only now, as their grips finally begin to release a bit, can I recognize more fully how each, in its own way, had previously commanded my attention, either undermining my peace or at least forcing me to redefine it.

Just the other day it dawned on me that not only hadn’t I thought about Donald Trump for a couple of weeks, but I also had not spent much energy charting the republic’s precipitous decline and decay. That is not to say I see Joe Biden as some kind of savior, or even have high expectations for his administration. I don’t. Nor am I convinced that the world is better off with the United States than without it. There are strong arguments either way. But regardless, to live in the United States during the Trump presidency, and to recognize the very real threat it posed to American culture and to U.S. constitutional systems and democratic and institutions, meant that you had to, at the very least, pay close attention to their ongoing perversion and erosion. Because it’s one thing to be intellectually okay with the United States’ eventual demise. It’s another to live through various stages of it while facing down the very real prospect of increased oligarchy, theocracy, nativism, and racism.

And then one day, the worst of that threat dissipated. Shitting on the last bits of decorum and national unity he could find, Trump neither sent a federal plane to bring the president-elect to D.C. nor joined him in a ride to the inauguration as tradition demanded. Rather, he did exactly what you would expect him to do: he threw a tantrum, took his bat and ball, and stomped home. He skulked off to one of his wretched, lurid “luxury” properties, which one exactly I cannot at all be bothered to find out. He then pouted for nearly six-weeks, staying publicly silent and largely out of the limelight while presumably fulminating and airing grievances by shouting at the television and whichever family members or servants might happen to walk by.

Yes, it’s not over til you drive a stake in him, there are still countless things to worry about and criticize, and it really all could end rather sooner than we think. But for a few weeks at least, because I am not assigned the task of bringing him Big Macs and Diet Cokes, I was able to go about my life not thinking about that bloated orange corpuscle or all the damage he has wrought.

And now bible-thumpers are literally worshiping a golden idol of Donald Trump at the annual C-PAC convention as he attempts his grand return to public life. It was nice while it lasted.

Then there’s this accursed bug.

My good fortune in dealing with it has been profound. For that, I am deeply grateful. I never missed a paycheck. I have been able to do most of my job from home (albeit not as well). Despite living with a partner who works hands-on with patients in a hospital, neither of us ever contracted the disease. No one close to me has either, and no one I know is among the half-million American mortalities and counting.

In truth, living entirely to date as a white, American, middle class, cis man, I have had a life of tremendous luck, and my ride through this pandemic is just one more spin of the wheel that has landed on No Additional Hardships.

The unfairness of it all is worth several volumes of essays, perhaps something a fair bit snappier, more rounded and more self-aware than Das Kapital. But this is not one of those essays. For now, I will simply file it under Duly Noted and Deeply Grateful, and instead keep on with the theme of respites born of fiascos and tragedies.

While the worst of the pandemic did not touch me, I was of course not unaffected. No one was unaffected. For the past year I have rarely left my 1,200 square foot abode, a two story row home in what was, when I moved here eighteen years ago, a working class Baltimore neighborhood that has since evolved in an annoyingly fashionable urban playground serving the growing waves of transient yuppies who now live here, and families from better-off nearby neighborhoods lacking their own commercial development. No backyard, just a parking pad, along with a small front porch facing a fairly busy street, a small back porch facing a grimy alley, and a half-finished basement that has been abandoned for wont of a poker game.

Just me, my partner, and this long-whiskered cat we invited in from the alley about four years ago. It has been, in a broad sense, a meditative year. And as can happen with a good, sustained meditation, there have been revelations. 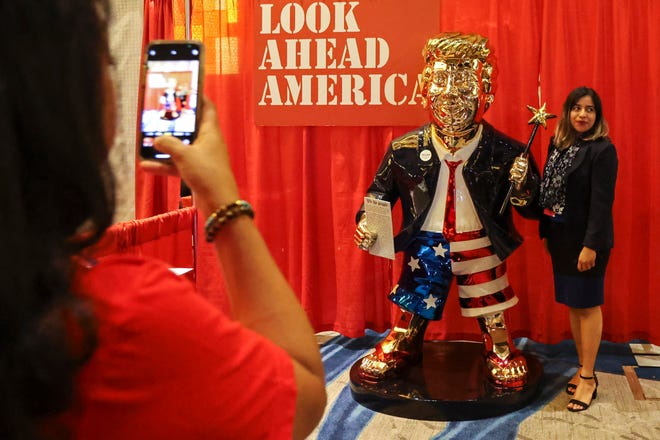 It turns out I do in fact like the cat. I’d previously had my doubts about him, as he clearly did about us. But we’ve all settled in, I forgiving him his unreasonable demands, and he tolerating my occasional harassments.

It also turns out that I really do not like my neighborhood nearly as much as I used to, now that it is overrun with white, middle class Americans. While my sample size of humanity is rather limited, I do believe that white, middle class Americans are, on the whole, the world’s worst people. I should know. I’m one of them. I’ve also spent far too much of my life living among them. I can think of no other group that has so few excuses for being, at best, so deeply disappointing.

But more to the point, being largely housebound made me realize that I did not in fact miss much of anything. Not the bars, the restaurants, the parks, the boutiques, the co-workers, the campus, or countless other things I enjoy in normal times. Nor, dare I admit it, did I even miss my friends.

That bit truly surprised me because I love my friends and family. I really do. And I have truly wonderful times with them, feelings and experiences that cannot be replicated without them.

Yet, when all of it was taken away from me, I did not pine for any of it. Rather, I was quite content without all of it.

If nothing else, it made me realize that I had been correct all these years when proclaiming to anyone who would listen that I’d be happy to live either in the city or the country, just not in the god-forsaken suburbs. I would rotely recite this assertion knowing for certain that I deeply loathe the suburbs, and that having been born, raised, and lived most of my life in cities, I was comfortable with them. The bit about the country, however, had always been uttered on faith, like the mysterious part of a prayer that you hope should come true if ever put to the test, but for now who really knows?

Well I finally do, or at least a little more so than I did before.

Of course I cannot know for sure until it comes to pass. Perhaps having to get in my car and drive several miles for a quart of milk will be too much for me after all. But at least now I know one thing for certain: not seeing family or friends for weeks at a time is something I can live with happily, despite all the happiness friends and family bring me.

The moving trucks aren’t pulling up tomorrow, but perhaps they will one day, before it’s too late. Before I’m too old and/or sick to make a go of it halfway to nowhere, and before sunset falls upon the republic and the darkness of instability and uncertainty robs of us of bright opportunities.

One day, perhaps. Til then, let us prepare for the new normal.