Cold War Culture in the United States (roughly the second half of the 20th century) was marked by a rigid sense of right and wrong, an overwhelming pressure to conform, and vitriolic and at times even violent condemnations of outliers.

It was not an easy time to be an LGBT person. Or a leftist. Or a nerd or a geek. Or not from here. Or anyone who did not easily mesh with the clearly established dominant social and cultural norms. It was an era when being different often meant being ostracized and isolated.

Ever since the emergence of modernity, adolescents have often struggled to “find themselves” and fit in as their bodies awkwardly sputter through puberty's changes and their insular social groups and pop culture fetishes morph at a dizzying pace. However, those mundane travails were compounded for many people during the Cold War as the cruelties and group think typical of teenage sub-cultures were exacerbated by a larger American culture that acutely marginalized and ridiculed “others.”

But David Bowie and Prince, each in their own way, made a public spectacle of celebrating the Other. Far beyond their music, which actually often conformed to popular motifs, both men openly indulged in public performances of the Self that wantonly challenged the dominant culture's staid social categories. With an art school background and a flair for the theatrical, Bowie spent years bouncing from character to character. Space traveler Ziggy Starust, lightening bolt clad Aladdin Sane, the Thin White Duke, The Man Who Fell to Earth, and the quixotic Pierrot were among the many characters he trotted out on album covers, on stage, and later in videos. Many of them featured elaborate makeup, and gender-bending was a consistent theme.

Prince also bent the gender spectrum with his more modest but still obvious makeup, his penchant for high heels, and his coquettish sexuality. Unlike Bowie, he also directly challenged American racial norms.

Bowie might at any moment have been from another planet, but he was always white, and so were the vast majority of his fans. And Bowie's rock n roll was very typical of the black-influenced music that white people played in the 1970s. By the 1980s, his music became less grounded in rock and more overtly white eclectic.

However, as a light skinned African American hailing from the decidedly not-very-black state of Minnesota, Prince had the capacity to, and often did, glide back and forth between what American culture dictated as “white” and “black” cultural expressions.

Prince mostly offered up dance music with strong elements of funk and R&B, all of which Americans understand as black. However, the multi-instrumentalist defied racialized music types by primarily wielding an electric guitar, an instrument which at the time was largely seen as the crotch surrogate of white, male rockers.

And so Prince was in a position to consciously challenge the white/black dynamic by offering up a bouncy R&B/dance/pop tune like “Let's Go Crazy” and then finish it off with the kind of wicked, standalone, cock strut guitar solo that even the dumbest, whitest, chest-thumping metal head high schooler had to acknowledge as seriously rockin'.

David Bowie was a chameleon, a shape shifter moving from one odd, marginal persona to another. Prince was a garish, swirling vessel, a purple pixie through which every conceivable gender and racial element seamlessly and confidently flowed.

And for those people during America's Cold War culture of the 1970s and 80s who struggled to fit in and faced showers of criticism and mockery, or who dreaded fitting in and were isolated because of it, Prince and David Bowie offered models not of the rebel who raged against the mainstream, nor of the misfit grateful for a cozy niche, but of the free spirit who happily moved beyond expectations, carelessly leaving them behind.

That is why, I believe, the public mourning of David Bowie and Prince, two very different artists, has been so similar in certain ways. It is common gratitude for artistic courage during an era when different was bad.

And then there's The Eagles. When the Eagles' Glen Frey died a few days after David Bowie, no one really gave a shit. I mean, of course fans publicly mourned the loss of a musical icon. But they didn't seem to owe Frey a debt of personal gratitude the way the fans of Bowie and Prince did, confessing especial connections to gutsy artists who spoke to them when it really mattered.

This observation is not a commentary on the Eagles' music. Indeed, their relative success is almost identical: Prince, David Bowie, and The Eagles all sold somewhere in the vicinity of 150 million albums during their careers.

But the Eagles did not go against the grain in any way. The rode the grain. They were exactly who they were supposed to be: white guys in denim. Shit, they called themselves The Eagles for chrissake.

You never knew what interesting person David Bowie and Prince might be having sex with. The Eagles fucked groupies.

Of course it's not just that the Eagles were a bunch of white guys. After all, Bowie was a white. And it's not that they were straight so much as dumbly macho. It's that the Eagles, at any given moment during their career, represented what you were “supposed” to be.

When the Eagles broke big in the 1970s, emerging out of southern California's soft rock, singer/songwriter scene, they were southern California soft rock, singer song writers (think “Tequilla Sunrise” and “Witchy Woman.”). In the mid-70s, when country rock with vague echoes of Southern rock was big, they did that (think “Desperado” and “Already Gone.”). And in the late 1970s, when stadium rock was the thing, they kicked out their folk/country guitarist, brought in certified rocker Joe Walsh, and rocked stadiums (think “Hotel California” and “Life in the Fast Lane”).

After the band broke up in 1980, Glenn Frey and fellow Eagles leader Don Henley went their separate ways, as each of them churned out shitty snyth pop singles emblematic of that era. Frey in particular was entrenched in the specific pop culture moment, writing crap in the vain of Miami Vice (“Smuggler's Blues”) and misusing alto saxophones (“The Heat Is On”).

When Frey and Henley patched up their differences and reunited the Eagles in 1994, they exemplified the new trend of bands from the 1970s getting back together and soaking their Baby Boomer fans with outrageous ticket prices.

In other words Glenn Frey and the Eagles wrote some damned good music and were at least as popular as David Bowie and Prince, if not more so, but they were always exactly what they were supposed to be. They didn't help people on the fringes get through the tough times of adolescence. They helped people get drunk, snort coke, have sex, wear blue jeans, and rock on. Which is arguably admirable in some way. But it just doesn't make a damned bit of difference. 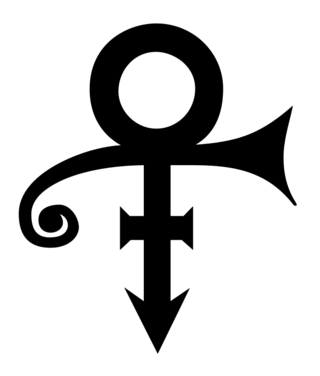 The Eagles mattered because they made music. David Bowie and Prince mattered not only because they made music, because in an era when it was very, very difficult to be “uncool,” they showed young people that it was not only okay to be different, but it could be interesting, a sign of personal and artistic integrity, and even a lot of fun. That you weren't a loser because you didn't like the Eagles or wear the standard issue fashion or talk or look or feel like you were supposed to. That even if you were different, you still mattered.

And that's why they mattered.