On “Things to Make and Do in the Fourth Dimension” by Matt Parker.

I came dangerously close to not becoming a mathematician. Like many people my experiences with math in school left me irritated and bored. I have a poor memory and I'm not a detail oriented person [1]. The arbitrary rules to be memorized and the fiddly and unforgiving nature of calculations made each homework a minefield of point-losing opportunities. And the problems! To “motivate” us with “applications” the problems were meant to be real-world, yet always seemed to involve the patently ridiculous: rectangular pastures, conical barns, spherical cows. I don't know how anyone can refer to such obviously contrived problems as “real-world” with a straight face.

Or, worse, problems were completely devoid of any motivation whatsoever. I have strong memory of having to learn how to multiply together matrices. The rules were clearly designed to maximize the number of calculations required and, hence, the chances of making a mistake. I can't imagine who thought this was a good topic for fifteen year olds. Not a word was said about why we should learn such a thing, or why anyone, anywhere should care. Oh to have known something about how matrices are used in geometry and computer graphics, or to store and manipulate data, or to compute probabilities in Markov processes. Heck, just to point out that it is an example of a “multiplication” where AB and BA are not equal would have been great start!

Of course my experience is the rule, not the exception. Paul Lockhart wrote a fantastic essay in 2002 entitled “A Mathematician's Lament” which captures the situation perfectly. It's requiring everyone to be able to read music and never letting them hear a tune, only saying it will be needed in some unspecified way as a working adult. Or teaching reading using only tax forms and TV repair manuals. Everyone with an interest in math or education should read it. You can read it here. As Lockhart writes,

…if I had to design a mechanism for the express purpose of destroying a child’s natural curiosity and love of pattern-making, I couldn’t possibly do as good a job as is currently being done— I simply wouldn’t have the imagination to come up with the kind of senseless, soul-crushing ideas that constitute contemporary mathematics education.

So how was my soul saved?

In retrospect I have to thank two teachers: Al Heine and Carlton Urdahl. My high school in Buffalo, MN was blessed with a number of fantastic teachers who had a profound impact on me. These two are the ones who set me on the road to Damascus. Ironically, neither is a math person, per se. Al Heine was the physics teacher and Carlton Urdahl was the Calculus teacher (but a German teacher by training, if I recall correctly).

From Mr. Heine and the popular physics books he lent me I learned about relativity, quantum mechanics, and the amazing, mind-boggling world of modern physics. Indeed, I went to college expecting to major in physics (the gateway drug to mathematics). From Mr. Urdahl I learned that math was worth doing for its own sake. I suspect it was in part because he wasn't a math teacher by training, but he was the first person to convey that math had beauty and was just plain fun when done properly. I have a clear memory of him drawing the graph of 1/x and idly speculating that the parts of the graph which zoom off to infinity in opposite directions actually could meet up “at infinity”. That sort of thing was an oasis in the parched desert of my math education. It wasn't until graduate school that I learned that you can stereographically project the xy-plane onto the sphere. All the infinities in every direction of the xy-plane are all gathered together at the North Pole. It's used here to great effect: 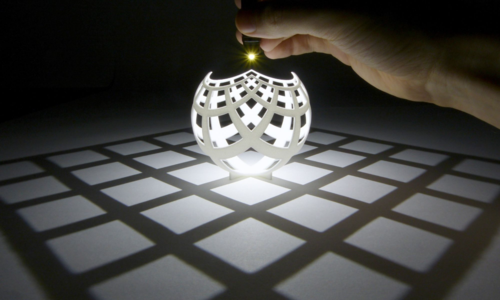 For any of those lines on the table top, as you go out to infinity the corresponding curve on the sphere heads up to the North Pole (where the light bulb is). Mr. Urdahl was right! More importantly for young me, he showed that open-ended questions and discovery have a place in math.

But what if you don't have such a teacher? If you're the parent of a kid with an interest in math and science, or if you're like me and can't get enough of this stuff, then I have great news! We live in a Golden Age of popular math. In the previous century Martin Gardner did more than anyone to popularize math. We talked about him on the 100th anniversary of his birth here at 3QD. He wrote scores of books on a wide range of math topics. Like a Socrates, there won't be another. All who follow will be compared to him. But in this century we have books, blogs, vlogs, podcasts, art exhibits, music, the Museum of Math, and countless other ways to scratch our mathematical itch. People like Henry Segerman, Saul Schleimer, Jordan Ellenberg, George and Vi Hart, Eugenia Cheng, Edward Frenkel, Simon Singh, James, Grimes, John Allen Paulos, Alex Bellos, Cédric Villani, Ian Stewart, Samuel Hansen, Keith Devlin, and dozens of others are finding great new ways to express math in an accessible way. 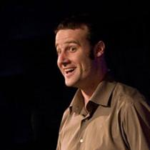 To this list we must add Matt Parker. He's a standup mathematician who is a one man proselytizing army for math. I've just finished his book “Things to Make and Do in the Fourth Dimension” and it's rocketed to the top of the list of books I'll give to people with an interest in popular math, both professional and civilian. It's a rootin', tootin', rip-roaring mathematical yarn. The style is light-hearted, with lots of jokes and wordplay (in the midst of a discussion of encoding letters and symbols into ASCI Parker slips in “…things such as the comma, ampersand & exclamation mark!”). Just the sort of thing you'd expect from a standup comedian/mathematician. He exactly captures the fun of doing math. He is the sort of person who absolutely geeked out at the recent news of a new largest prime number. It's 274,207,281-1, by the way. But if you're Parker, that's not enough. You also make a video to show with pride that you've printed out all 22,338,618 digits in a three volume set for easy fireside reading.

The book itself is a whirlwind tour through a wide range of math topics. Some are classics: the different sizes of infinity, platonic solids, knots, non-Euclidean geometries. But even when I thought I couldn't be surprised, Parker invariably had something up his sleeve. I had never heard of the comic “It came from… Higher Space!” It tells the tale of our hero having to battle a four-dimensional foe. Like ants on the sidewalk versus a malevolent schoolboy, our intrepid 3D champion is at a serious disadvantage. Fantastic! Hopefully I can track down a copy! 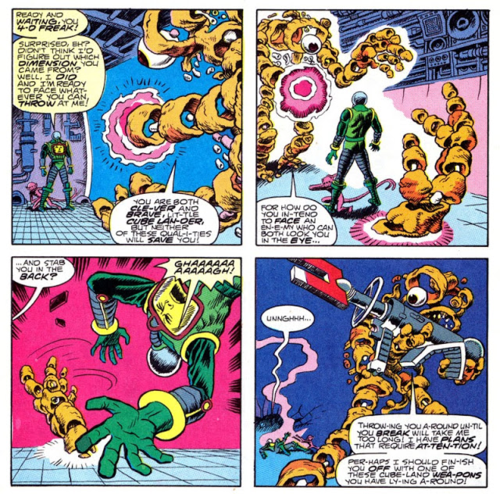 But there is plenty more which even the well read won't have seen before. There is lots of good stuff in TMD4D. One feature I quite liked is the DIY aspect. Parker provides shapes you can cut out of the book [4] so you can experiment along the way and encourages you to puzzle out things on your own. If you know someone who is a hands on learner type and thinks math isn't for them, TMD4D may be just the thing. It's a great gift for a teenager interested in math and science, a former student of electrical engineering and computer science, and significant others who'd like to figure out why you find math so fascinating.

And even an old dog can learn new tricks. I am mystified by Mills' Constant. In 1947 William Mills proved that there is a number which has the following astonishing property: if you raise it to any power which is a power of three and drop the leftovers to the right of the decimal, the result is always a prime number. This is amazing! We know there are infinitely many primes but they are devilishly hard to find (see the hubbub about the new largest prime). Mills' Constant gives us a way to crank them out at will! The problem, of course, is that Mills showed that this number exists, but neither he nor anybody else knows what it is. If the Riemann hypothesis is valid, then Mills Constant is 1.3063778838630806904686144926…. However, even though everyone believes it's true, the Riemann Hypothesis is arguably the open problem of mathematics. So there you go. But the fact that such an amazing number is out there somewhere is something everyone should know. Thanks to Parker, now I do.

If I were to complain, it is that Parker doesn't always have a chance to dig in on the details. But no doubt it's better to err on the side of readability and reader interest. After all, that's what the internet is for. Parker is here to remind us why we really do math. We do it for the same reason Feynman did physics:

Physics is like sex: sure, it may give some practical results, but that's not why we do it.

[1] Which you'd think is a problem for a mathematician. It doesn't help, that's for sure, but somehow I seem to manage.

[2] We talked here at 3QD about Henry Segerman and Saul Schleimer. They use 3D printing to make cool mathematical models. Check them out here.