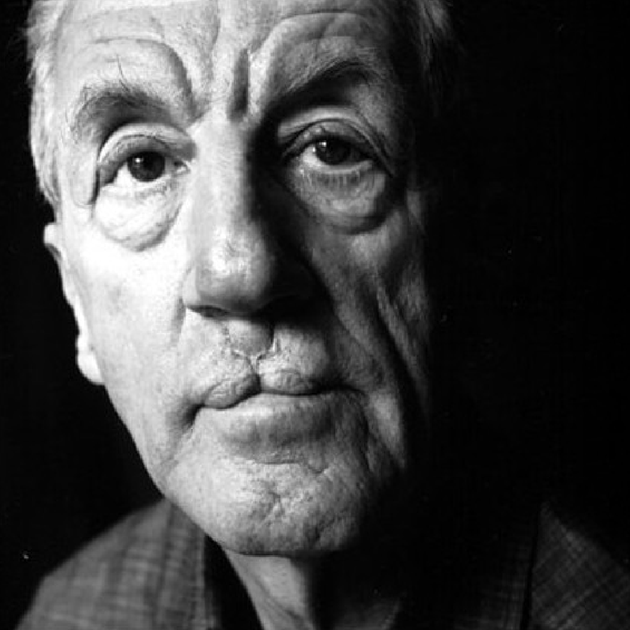 The community of philosophers is mourning the loss of Barry Stroud, one of the great philosophers of the past half-century, who died on Friday, August 9 of brain cancer. Stroud earned his B.A. from the University of Toronto and his Ph.D. from Harvard University. From 1961 he taught at the University of California, Berkeley, where I knew him during my time as a graduate student there.

Stroud’s important paper of 1968, “Transcendental Arguments,” followed Immanuel Kant in distinguishing two sorts of question that a philosopher can raise about the concepts human beings use in thinking about ourselves and our world. The first, which Kant associates with John Locke, is the question of fact that concerns which concepts we do have and how we came to possess them. To explore our concepts in this way is to engage in what Kant, in his Critique of Pure Reason, called a “physiology of human understanding.” It is to give a causal account of how our minds came to be the way they are—an important project, but not one that is distinctively philosophical, since empirical disciplines such as psychology, sociology, and anthropology also take it up.

Kant’s other way of reflecting on human concepts, which is the one he undertakes in the first Critique, raises instead a question of right. This question asks, given that we have the concepts we do and have come to possess them in whatever way we did, whether we really are justified in possessing those concepts and using them to think about things. It is a question of whether our ways of thinking allow us to have an objective grasp of reality rather than a merely subjective conception of how things are.

In “Transcendental Arguments,” Stroud focused on a way of answering the question of right which has its roots in Kant’s work, and was prominently developed in the 20th century by the philosopher P.F. Strawson, especially in his 1959 book, Individuals: An Essay in Descriptive Metaphysics. Strawson tried there to argue against philosophical skepticism by showing that it rested on an incoherent picture of human thought. According to Strawson, the fact that we think about the world as containing objects existing in space and time is enough to show that there really are such objects—since only so is it possible for this thinking to unfold as it does. (I am simplifying a lot, obviously.)

In response, Stroud claimed that Strawson’s anti-skeptical argument helps itself to a so far unjustified assumption, which is that thinking would be altogether impossible unless it involved a conception of a world of spatiotemporal objects. It is certainly possible that we could have failed to think about things in this way—if, say, human cognition had never evolved beyond the simple responsiveness to sensory stimuli that is enough for many other animals to get by. In that case, however, we really would not be thinkers at all. It also seems true that, on the assumption that we live in a spatiotemporal world, any thinking that is going to do its job will conceive the world in spatiotemporal terms. But what if we follow the skeptic in refusing to make that assumption? Is there really no way at all to conceive of a world, except as containing objects that exist in space and time? It is hard to give a convincing argument for why this must be so. Lacking such an argument, the skeptic’s worries remain with us.

In 1984, Stroud published his book The Significance of Philosophical Skepticism, which revisits the topic of Kantian transcendental arguments and also considers several other ways of responding to skeptical challenges to the extent of our knowledge. Stroud’s project in that book was diagnostic rather than constructive: “My aim,” he wrote, “is not to solve the problem [about our knowledge of the external world] but to understand it.” This line points to a common theme in much of Stroud’s later philosophical work. Rather than taking it for granted that we understand what philosophical problems are and so can set ourselves to the task of solving them, Stroud repeatedly called attention to the possibility that philosophers lack a proper understanding of what we ourselves are doing. He set himself the task of making the nature of philosophy more explicit for philosophers—in order then that we can do philosophy better, with clearer conceptions of the aims of our enterprise and the limits of our ability to satisfy them.

One of Stroud’s very last monographs, The Quest for Reality: Subjectivism and the Metaphysics of Colour, begins with a quotation from Ludwig Wittgenstein. “This is how philosophers should salute one another,” Wittgenstein writes: “Take your time!” Stroud’s book, which was based in lectures he had given some 13 years before the book was published, was about an age-old philosophical problem that he wanted philosophers to slow down in considering. The problem is that of the reality of color. Many philosophers and scientists think that the scientific worldview has no place for this: in the physical world there are things of various shapes and sizes, and rays of light that they reflect, but colors exist only in the human mind. Philosophers have tried many different ways of responding to this problem, from accepting that color is unreal and trying to show how we come to have ideas of it, to denying that science is, after all, unable to accommodate this feature of the world as we perceive it.

Stroud’s argument in The Quest for Reality was focused first on what it even means to say that colors are an aspect of the “appearance” of things and not of how things really are, and then on what it is possible for a philosopher to achieve in considering whether this is a true thing to say. When a person asks in ordinary contexts whether an object is really such-and-such a color, this person is asking a quite different thing than the philosopher does when she asks whether colors are entirely unreal. The ordinary question can be answered by checking with someone else, or bringing the object into better lighting, but the philosophical question cannot be approached in these ways. Then what is the philosopher asking, when she raises philosophical questions about the reality of color? What kind of understanding is she seeking? And what would it take to get it?

As in his earlier work, Stroud’s conclusions here are primarily cautionary. We can, he says, make some progress in articulating what the philosopher Bernard Williams called an “absolute conception of reality” according to which the way things really are is radically different from the way they seem to us to be. To do this, however, we need also to hold onto the idea that our thoughts and perceptions are nevertheless the ones we actually have—in the present case, that we conceive of objects as having the colors which, in good lighting anyway, we perceive them to have. And Stroud argued that this latter demand couldn’t be satisfied, since we can’t make sense of people as having color experiences and beliefs about things as colored except by drawing on our ordinary color concepts. In attempting to “unmask” color beliefs as mistaken we bring our own color beliefs back into play, relying on the very aspect of our way of understanding reality that we were trying to call into question.

Can the philosopher conclude on these grounds that colors are part of the real world after all? Stroud argued that no, she cannot. The form of his argument here recalls the criticism of Strawson in “Transcendental Arguments.” From the fact that we need to think of things as colored in order to think of one another as employing color concepts, it does not follow that things must really be this way that we inescapably think of them as being. Indeed, the case of color concepts is weaker than that of our thought of the world as consisting of objects in space and time, since the latter might be an indispensable part of any way of thinking about an objective world, while it seems entirely possible for there to be creatures who think about the world but have no thoughts at all about the colors of things. In each case, however, Stroud argued for the same conclusion: that though we must regard these beliefs as true in order to think of ourselves or others as having them, it does not follow that these beliefs must really be true after all. It could be that we are wildly mistaken, though without any ability to understand how this is.

Stroud wrote in the Preface to The Quest for Reality about what he saw as an unfortunate turn in the way professional philosophers have come to approach our craft. In Stroud’s view, “philosophy is one subject,” not a collection of many, and this means that for the philosopher “progress in one place depends on the resolution of issues that lie elsewhere.” Because of this, if a philosopher takes up a problem and approaches it in the right way, she will be “led eventually into almost all other areas and questions.” This, he said, was the approach taken by the great philosophers of the past, and held against that tradition “the current professional fixation on distinct ‘fields’ or areas of academic ‘specialization’ and ‘competence’ looks like no more than a bad joke.”

Stroud’s own work showed another way: he engaged at once with questions in metaphysics, epistemology, the philosophy of mind, the theory of value, and more, refusing to give consideration to any supposed boundaries between these topics or to defer to the alleged expertise of those with a specialist’s command of them. Specialization in philosophy would make sense if we knew what we were after and could divide up the subject matter in a way that conduced to local progress. But philosophers cannot achieve our goals in this way. We are fortunate to have had among us those like Barry Stroud, who can remind us of what we are really doing and curb the excesses with which we tend to go about it.