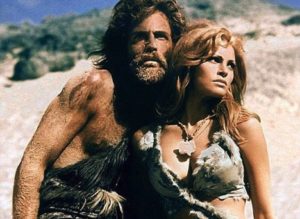 What’s the ultimate fate of humanity?  It’s hard to picture a scenario that ends well.

Some hungry plague could kill us all off, or at least kill enough of us to send the survivors groping backwards down the trail towards caveman life.

An asteroid or some other space debris could smash into the planet, eradicating all but the Earth’s smallest life forms.  Roaches win in the end.

A black hole might swallow our sun.  That just happened near the constellation Draco.  Well, actually, it happened 3.9 billion years ago, but close enough for jazz.  We could be next.

However, the more mundane, but perhaps likelier, possibility is that we just kill ourselves.

During the Cold War, a nuclear holocaust seemed like the most plausible form of human suicide.  These days climate change is all the rage.

Flying deftly under the radar are antibiotic-resistant strains of bacteria, emerging from our careless overuse of these precious drugs in everything from whiny people to hothouse chickens and feedlot cattle and hogs lining up for the slaughter.  For a long time, Big Pharma was slow to keep pace in the bacterial arms race because profit margins on antibiotic research aren’t enticing.  Now big drug companies are leaving the field of antibiotic research altogether (Yay free market!).   Eventually our modern medical system might become crippled as infections run amok; even many common surgeries become impossible to perform.  Some highly infectious bacteria could wipe out a serious chunk of humanity.

Big bombs, the Earth Sauna, or super bugs run amok: the common denominator among these potential human-ending crises is people.  We can cast our gaze out towards the silent, black ferocity of space all we want, but that might just be a distraction.  The real story of our termination could be the hideous excesses of this anthropocene era, which has already ushered in the 6th mass extinction.  No reason why that can’t culminate with our own demise.

But however we off ourselves, whether through weather, warfare, walking pneumonia, or some other unanticipated screw up, the details are actually quite irrelevant.

The point is, with the birth of modern science and the rise of industrialization, humans now have the means to commit accidental suicide.  Kinda like a 6 year old with a gun.

Seriously, give a 6 year old a gun and what do you think is gonna happen?

It doesn’t look good for us.

But then again, maybe we run the gauntlet.  As a species we’ve certainly been luckier than we have any right to be.

Maybe we play with matches, set the house on fire, and stumble out unscathed.  Maybe we beat the odds, and make it through the countless risks, both external and self-inflicted, any one of which could spell our ultimate doom.

Then the sun explodes, that’s what.

Although, long before big ball in sky go boom, it will have already cooled enough to render the Earth uninhabitable.

I dunno, man.  It’s gonna have to be some serious Star Wars/Star Trek shit, you know what I mean?  Like, we’re gonna have to traverse thousands, if not millions of light years to find another planet that suits us anywhere near as well as this rock right here, which we’ve evolved to live on.

Maybe we find another planet with conditions similar to Earth, and we also develop the means to get there.

That’s a big Maybe.  More likely, we have to settle for a planet that’s not really to our liking.

What does that look like?  Do we end up living under massive domes?  Are we all walking 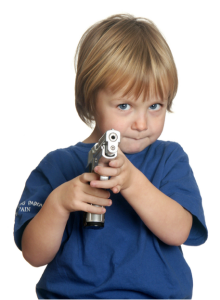 around with life support packs?  If so, then we’re back to square one except that humanity will then be even more vulnerable than it was back here on Earth.

Honestly, I think our best bet is transforming into pure energy.  I say we angle for that.  Otherwise, the smart money has gotta be on us going bye-bye.

Seriously.  Nothing lasts forever.  You know that, right?