Last week humanity had a moment of triumph. We (well, really the folks at NASA) successfully flew the New Horizons spacecraft over three billion miles at speeds exceeding 51,000 miles per hour (30 times the speed of the proverbial speeding bullet) to Pluto — a target only two-thirds the size of our moon. While zooming past at over 30,000 miles per hour the spacecraft gathered a wealth of images and data which we'll be studying for years to come. Until New Horizons our best image of Pluto was this one from the Hubble Space Telescope [1]. 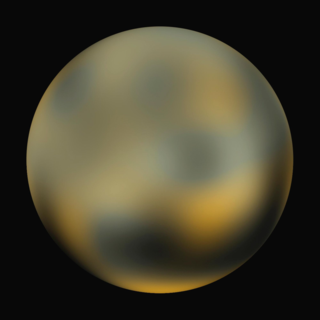 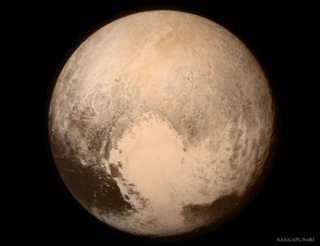 If you have an iota of curiosity you you can't help but think that's pretty darn cool. Last year the European Space Agency did something I found even more impressive: they flew the Rosetta spacecraft over 4 billion miles and landed it on a comet 2.5 miles in diameter which travels at over 34,000 miles per hour. In both cases the spacecraft provides us with fantastic new data about our solar system, but just getting it there already counts for a lot in my book.

To do either one as a straight shot between an immobile launch site and target would be amazing enough. But of course both the Earth and Pluto/comet are whizzing around the sun at tremendous speeds. As if that weren't bad enough, the spacecraft also had to contend with the gravity of the sun, moon, planets, etc., pulling it off course. But this also gave us a chance to turn lemons into lemonade. By zooming the spacecraft near a planet along just the right course we can use its gravity to provide the craft with a speed-boosting “slingshot”. The Rosetta spacecraft did five of these crazy maneuvers. To appreciate how complicated the journey of Rosetta truly was, check out this nifty video by the ESA.

How in the heck can we do such a thing? A few months ago at 3QD we talked about how nineteenth century mathematicians discovered “exotic” geometries quite unlike good ol' classical Euclidean geometry. For most of a century the study of these geometries wasn't much more than a fun mental exercise. A person on the street or, worse, the average politician, would have said those geometers were wasting their time with tomfoolery. Certainly no hard earned tax dollars better be wasted on researching such nonsense!

Then Einstein came along and explained that gravity should be understood as the bending of three-dimensional space and, if you include time, four-dimensional spacetime. To be able to make the precision calculations needed to account for traveling through non-empty space you need to work with these non-Euclidean geometries. For NASA and the ESA to hit their targets they have to be able to do Calculus on a Riemannian manifold (the technical name for a geometry like spacetime which locally looks like ordinary Euclidean geometry but on a larger scale has bends and curves to it). In fact, even the GPS in our phones depends upon Riemannian geometry to correctly account for Earth's gravity.

The New Horizons and Rosetta missions are impressive and all, but surely they must be astronomically expensive. Indeed, the grand total for New Horizons is around $700 million. What a boondoggle! Surely the US taxpayers can't afford such luxuries. And indeed some US politicians make political hay out of the money “wasted” on scientific research; including my fair state's previous senator.

Perhaps we need some perspective on our priorities. It was pointed out on a national sports website that the entire New Horizons mission is well below the cost of the new National Football League stadium being built in Minneapolis. It's budgeted at over a billion dollars (or, if you like, it's approximately 1.5 New Horizons). But surely that's billionaire Vikings owner Zygi Wilf's money, not taxpayer dollars. It won't come as a surprise to anyone near a professional sports team, or a citizen of an Olympic or World Cup host country, to hear that $500 million is coming from the Minnesota taxpayers. Apparently if the New Horizons spacecraft could host eight football games and a few monster truck rallies each year, then Minnesota would have been happy to pick up most of the tab themselves. 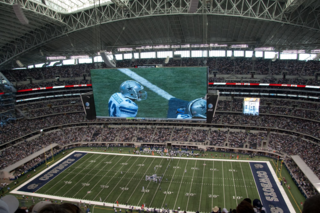 Indeed, in Obama's 2014 budget there was $143 billion for Research and Development. But again some perspective is in order. That is around 4% of the $3.5 trillion annual federal budget and around 0.9% of the $16.77 trillion US GDP. That's not nothing, but probably far less than the average person on the street would guess we spend on research each year.

Since I'm a mathematician and have a vested interest, let's drill down and see how much funding goes to research in pure mathematics. The vast majority of funding in mathematics comes from the NSF [4]. Indeed the NSF is by far the most important source of funding for “pure” research — that is, research which is for greater understanding and potential long term application, and not for solving immediate problems. The NSF funds mathematics, physics, chemistry, economics, biology, antarctic research stations, and all sorts of other things. The 2014 NSF budget was about $6.2 billion. Of that, the Division of Mathematical Sciences receives around $250 million. That covers all areas of mathematics and pays for the training of graduate students and postdoctoral fellows, funds research centers, supports conferences, as well as the work of individual researchers.

It sounds like a lot of money, but in truth it is spread awfully thin on the ground. As it is, only one in four individual research grant proposals in mathematics receive any funding. Having served on panels to evaluate these proposals, I can tell you that easily the top 50% were excellent and worthy of funding. I wouldn't hesitate to pay them out of my own pocket if I could. And this also ignores the many researchers who decide it's not worth spending several weeks writing a proposal which is likely to not be funded anyway.

We're lucky in mathematics that, even though it's not ideal, it's not necessary to have funding to make progress. For the lab sciences it's the life of the shark: keep moving or die. If there is a lull in research funding you can't get the data you need, and without the data you can't get any further grants. In biology only 10-15% of proposals are funded. The sad truth is that a lot of brilliant research not being done for lack of funds.

So what? Maybe it's worth $1 in the pocket of each US taxpayer to cancel all federal funding of research and training in mathematics. Heck, let's write everyone a check for 150 bucks and kill all non-defense, non-NIH funding.

For me there are two compelling reasons to support pure research. First, there is the sheer unadulterated beauty and curiosity of it. Where would we be if explorers never crossed the oceans, if Riemann hadn't studied his surfaces, if Turing hadn't wanted to understand what it meant to “compute” something, or if Crick, Watson, and Franklin couldn't care less which shape DNA took?

One of the fundamental animating features of being human is our curiosity and need to understand the world around us. If we give that up, we may as well go back to living in caves. If you aren't excited by the Rosetta landing, or that we know of a single-celled creature who still manages to have an eye, or that we can see the remnants of tsunamis which occurred 7,000 years ago, then I don't know what to tell you. For me, that's like not being able to love or laugh. It will be a sad day if we no longer see the value in such things.

The less poetic reason is the eminently practical usefulness of pure research. Of course, any given project may or may not turn out to be useful. As Faraday said, “as an answer to those who are in the habit of saying to every new fact, 'What is the use?', What is the use of an infant?” We may not be able to say which research projects will prove useful, but a long history assures us that our investments will be repaid many times over.

Even pure mathematics, one of the least obviously useful disciplines, has had a remarkable string of unforeseeable successes. If you had asked Riemann he wouldn't have dared to dream of General Relativity, GPS, and the New Horizons spacecraft. The mathematicians who first did the underlying math would be amazed at Candes's ability to recover a complete data set starting with less than 40% of the total (see here for that story) or that their exotic number systems based on elliptic curves are used to encrypt modern communications (see here). When Hilbert studied eigenvalues and eigenvectors he couldn't imagine that he was giving a key ingredient to Google's multi-billion dollar Page Rank algorithm. There is a wonderfully long list on mathoverflow.net of the many uses of even the purest areas of mathematics. Any one of which would be worth years and years of NSF funding for mathematics research. Who knows what'll be next?

It is wonderful that we live in a time in which we can support the Large Hadron Collider, New Horizons, and Rosetta. I am grateful that such things are possible, and I'm grateful for the support my own research has received [5]. But I also worry about the way the winds blow. Anti-intellectualism and lack of curiosity seems to be on the rise. Politics is intruding into science in deeply unhealthy ways. It's not automatic that science, understanding, and progress will continue to be valued. We need to keep reminding ourselves of our amazing modern world and what got us here.

On the other hand, the University of Oklahoma math department has thirty-four faculty, nine postdoctoral fellows, twenty instructors, sixty-nine graduate students, and teaches approximately 14,000 students per year and yet we collectively earn rather less than the University's football coach, Bob Stoops. It puts our priorities in perspective.

[4] Although it so happens that my research is in one of the few areas also funded by the National Security Agency (NSA). I've had both NSF and NSA research support and I am grateful for both. Of course anything I write for 3QD is my opinion and they shouldn't be credited nor blamed for any of it :-).