All obsessions can be dangerous. When I read the title “Why America's obsession with STEM education is dangerous” of Fareed Zakaria's article in the Washington Post, I assumed that he would call for more balance in education. An exclusive focus on STEM (science, technology, engineering and mathematics) is unhealthy because students miss out on the valuable knowledge that the arts and humanities teach us. I would wholeheartedly agree with such a call for balance because I believe that a comprehensive education makes us better human beings. This is the reason why I encourage discussions about literature and philosophy in my scientific laboratory. To my surprise and dismay, Zakaria did not analyze the respective strengths of liberal arts education and STEM education. Instead, his article is laced with odd clichés and misrepresentations of STEM. 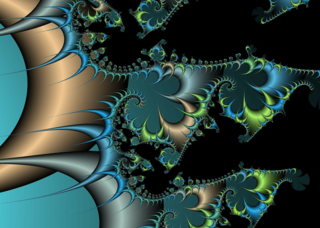 If Americans are united in any conviction these days, it is that we urgently need to shift the country's education toward the teaching of specific, technical skills. Every month, it seems, we hear about our children's bad test scores in math and science — and about new initiatives from companies, universities or foundations to expand STEM courses (science, technology, engineering and math) and deemphasize the humanities.

“The United States has led the world in economic dynamism, innovation and entrepreneurship thanks to exactly the kind of teaching we are now told to defenestrate. A broad general education helps foster critical thinking and creativity.”

Zakaria is correct when he states that a broad education fosters creativity and critical thinking but his article portrays STEM as being primarily focused on technical skills whereas liberal education focuses on critical thinking and creativity. Zakaria's view is at odds with the goals of STEM education. As a scientist who mentors Ph.D students in the life sciences and in engineering, my goal is to help our students become critical and creative thinkers.

My own teaching and mentoring experience focuses on STEM graduate students but the STEM programs that I have attended at elementary and middle schools also emphasize teaching basic concepts and critical thinking instead of “technical skills”. The United States needs to promote STEM education because of the prevailing science illiteracy in the country and not because it needs to train technically skilled worker bees. Here are some examples of science illiteracy in the US: Fort-two percent of Americans are creationists who believe that God created humans in their present form within the last 10,000 years or so. Fifty-two percent of Americans are unsure whether there is a link between vaccines and autism and six percent are convinced that vaccines can cause autism even though there is broad consensus among scientists from all over the world that vaccines do NOT cause autism. And only sixty-one percent are convinced that there is solid evidence for global warming.

A solid STEM education helps citizens apply critical thinking to distinguish quackery from true science, benefiting their own well-being as well as society.

Zakaria's criticism of obsessing about test scores is spot on. The subservience to test scores undermines the educational system because some teachers and school administrators may focus on teaching test-taking instead of critical thinking and creativity. But this applies to the arts and humanities as well as the STEM fields because language skills are also assessed by standardized tests. Just like the STEM fields, the arts and humanities have to find a balance between teaching required technical skills (i.e. grammar, punctuation, test-taking strategies, technical ability to play an instrument) and the more challenging tasks of teaching students how to be critical and creative.

Zakaria's views on Japan are laced with racist clichés:

“Asian countries like Japan and South Korea have benefitted enormously from having skilled workforces. But technical chops are just one ingredient needed for innovation and economic success. America overcomes its disadvantage — a less-technically-trained workforce — with other advantages such as creativity, critical thinking and an optimistic outlook. A country like Japan, by contrast, can't do as much with its well-trained workers because it lacks many of the factors that produce continuous innovation.”

Some of the most innovative scientific work in my own field of scientific research – stem cell biology – is carried out in Japan. Referring to Japanese as “well-trained workers” does not do justice to the innovation and creativity in the STEM fields and it also conveniently ignores Japanese contributions to the arts and humanities. I doubt that the US movie directors who have re-made Kurosawa movies or the literary critics who each year expect that Haruki Murakami will receive the Nobel Prize in Literature would agree with Zakaria.

Writing well, good study habits and clear thinking are important. But Zakaria seems to suggest that these are not necessarily part of a good math and science education:

“No matter how strong your math and science skills are, you still need to know how to learn, think and even write. Jeff Bezos, the founder of Amazon (and the owner of this newspaper), insists that his senior executives write memos, often as long as six printed pages, and begins senior-management meetings with a period of quiet time, sometimes as long as 30 minutes, while everyone reads the “narratives” to themselves and makes notes on them. In an interview with Fortune's Adam Lashinsky, Bezos said: “Full sentences are harder to write. They have verbs. The paragraphs have topic sentences. There is no way to write a six-page, narratively structured memo and not have clear thinking.”

Communicating science is an essential part of science. Until scientific work is reviewed by other scientists and published as a paper it is not considered complete. There is a substantial amount of variability in the quality of writing among scientists. Some scientists are great at logically structuring their papers and conveying the core ideas whereas other scientific papers leave the reader in a state of utter confusion. What Jeff Bezos proposes for his employees is already common practice in the STEM world. In preparation for scientific meetings and discussions, scientists structure their ideas into outlines for manuscripts or grant proposals using proper paragraphs and sentences. Well-written scientific manuscripts are highly valued but the overall quality of writing in the STEM fields could be greatly improved. However, the same probably also holds true for people with a liberal arts education. Not every philosopher is a great writer. Decoding the human genome is a breeze when compared to decoding certain postmodern philosophical texts.

Misrepresentation #4: We should study the humanities and arts because Silicon Valley wants us to.

In support of his arguments for a stronger liberal arts education, Zakaria primarily quotes Silicon Valley celebrities such as Steve Jobs, Mark Zuckerberg and Jeff Bezos. The article suggests that a liberal arts education will increase entrepreneurship and protect American jobs. Are these the main reasons for why we need to reinvigorate liberal arts education? The importance of a general, balanced education makes a lot of sense to me but is increased job security a convincing argument for pursuing a liberal arts degree? Instead of a handful of anecdotal comments by Silicon Valley prophets, I would prefer to see some actual data that supports Zakaria's assertion. But perhaps I am being too STEMy.

There is a lot of room to improve STEM education. We have to make sure that we strive to focus on the essence of STEM which is critical thinking and creativity. We should also make a stronger effort to integrate arts and humanities into STEM education. In the same vein, it would be good to incorporate more STEM education into liberal arts education in order to combat scientific illiteracy. Instead of invoking “Two Cultures” scenarios and creating straw man arguments, educators of all fields need to collaborate in order to improve the overall quality of education.