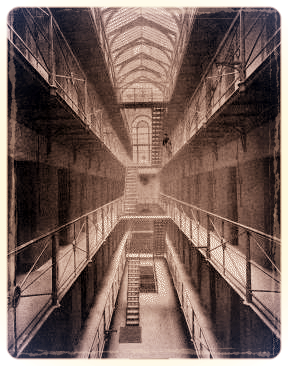 Donald T. Hutcherson II, a sociology professor at Ohio University, published a long-term study in 2012 that examined the connection between time in prison and future criminal earnings. The study, which is quite detailed, found that people who spent time in prison earned significantly increased illegal incomes than those who did not do time but also earned money illicitly. The trend holds particularly true among youth (which makes intuitive sense). Professors Anna Aizer of Brown University and Joseph Doyle, Jr. of MIT business school compared juveniles who committed crimes and went to jail with youth who committed similar offenses but weren't incarcerated. Young people who served time were 67 percent more likely to be incarcerated again by the time they were 25 than those who were involved in the same activities but remained free.

Though the proven influences of peer groups pertain, it's not simply a matter of “learning new tricks.” The stigma of a criminal record, and the resulting difficulty of passing a background check—along with the absence of quality training and education on the inside—all amount to an almost impassible obstacle course. Cut to fake Warden Gunderson in The Onion, scratching his head and confessing “his additional confusion at how the man's criminal record and the social stigma of his prison sentence had somehow failed to land him a steady job immediately upon his release.”

Meanwhile, prisons and jails have become repositories for citizens suffering from mental illness. The last significant study on the mental health of prisoners, conducted by the Bureau of Justice Statistics in 2006, found that 64 percent of prisoners in state and federal custody suffered mental illness at some point within the year before their arrest, and 69 percent were addicted to drugs or alcohol (according to the National Institute of Health, the rate of mental illness in America hovers at about 26 percent). When diseases go untreated they get worse. The Onion nails it again: “constant threats, physical abuse, and periodic isolation” would make any human brain buckle but those already sick get sicker still. 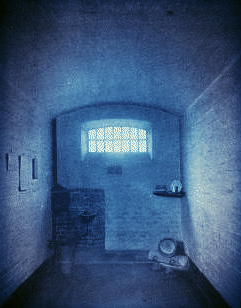 One of the most damaging experiences for mentally ill prisoners comes in a box. The box, also known as solitary confinement or Administrative Segregation (“Ad Seg”). David Brooks wrote about it last week and a few weeks before that, Rick Raemisch, the executive director of the Colorado Department of Corrections, spoke out against the practice in his own op-ed. Though it looks different in different facilities, the practice involves some combination of the following conditions: being locked behind a solid steel door for 23 hours a day in a very small cell; permanent bright lights or permanent dark and constant noise; no personal property (including books) and no access to medical services or programming. In no uncertain terms it constitutes torture. From a guard's perspective, however, removing a prisoner from the general population provides a tool for promoting order and safety. A prisoner may be in Ad Seg because she is especially vulnerable, or because she has broken a rule, or because she poses a particular threat to herself or others. But regardless of its intended purpose, the practice inflicts suffering, as David Brooks explains quite well, and irrevocably damages the human brain.

Raemisch's piece details his own personal experience spending the night in solitary—an experiment he undertook because he wanted to have “a better sense of what solitary confinement was like, and what it did to the prisoners who were housed there, sometimes for years” (though he sagely notes that the duration of his stay remains insufficient for this purpose). In Colorado and other states, prisoners can “max out,” ensuring their direct release from solitary confinement into society. Raemisch writes about his resolve to decrease the practice of direct release, as well as the use of solitary confinement generally, especially for those with pre-existing mental illness. Brooks references Raemisch's resolve as evidence that “we seem to be at a moment when public opinion is turning.” The fact of twoNew York Times op-eds about solitary confinement in a matter of weeks, and an Onion article shared 58,000 times on Facebook, offers evidence, too.

I found the heart of Raemisch's piece in this paragraph, about half way down the page:

If an inmate acts up, we slam a steel door on him. Ad Seg allows a prison to run more efficiently for a period of time, but by placing a difficult offender in isolation you have not solved the problem — only delayed or more likely exacerbated it, not only for the prison, but ultimately for the public. [emphasis added]

These lines make the case against solitary confinement, but also against incarceration, generally, as it exists in the United States. The removal of someone who breaks the law may promote public safety temporarily. But the removal fails to solve the problem of drug addiction, gang involvement, or poverty—it delays it and more likely exacerbates it. For the offender and for the public. 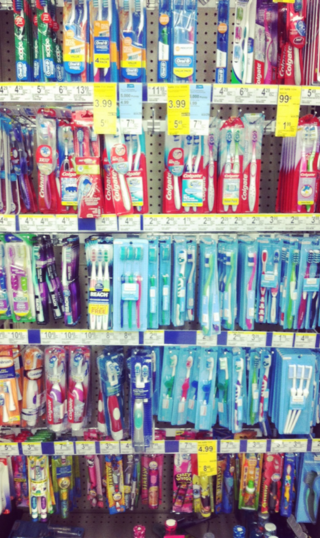 I keep remembering Jamal,* who I met years ago at a juvenile detention facility in Stockton. At eighteen years old, Jamal had been locked up for nearly four years, already in custody at the time of his son's birth. I met Jamal almost two weeks before his parole hearing and asked him how he was feeling. He paused, considering the question carefully. “I'm excited to see my son,” he said at last. “But I'm nervous.” He described a recurrent image he had of himself as a free man: standing in an aisle in CVS, staring at an endless row of toothbrushes, blue, green, soft, hard, not knowing which one to choose. He panics and leaves the store with nothing. He paused again, and then met my eyes in a way we rarely do nowadays. “I don't want to come back here,” he said, “but I'm afraid once I'm out I won't know how to live.”

I have had other conversations, too, with certain corrections officials, policy wonks, or acquaintances from law school, who feel unmoved by the plight of the prisoner. On account of his wrongdoing, so the argument goes, he is justifiably deprived and mistreated.

Someday, when I have grey hair and it's too difficult to climb into the empty bathtub because the cold porcelain hurts my bones, I'd like to resign from the debate society. But in the meantime, in these conversations I feel compelled to offer a cold-hearted reminder: only one out of every nine prisoners serves a life sentence, and only a third of those life sentences mean Life Without Parole. The vast majority of women and men behind bars won't die behind bars. This year, five years from now, or 25 years from now, these men and women will be our neighbors again. Picking up the mantle of prison reform represents an act of enlightened self-interest.**

*Names have been changed.

**If you are interested in ways to take action, please email me and I will help connect you with efforts in your community.