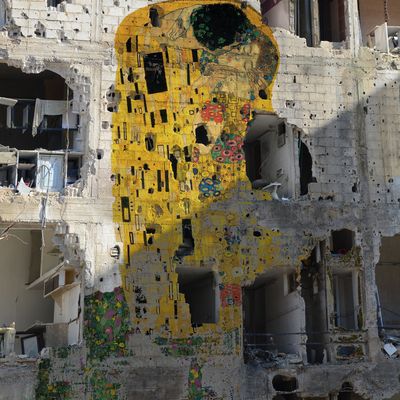 Premise #1: Not since the Beijing Olympics has a media -generated spectacle so thoroughly taken hold of and twisted the liberal imagination as what we are seeing now concerning Syria.

I almost hate to bring it up but does anyone recall the media spectacle when China hosted the olympic games in 2008? At that time, I had not consumed American media in about 15 years, so imagine my shock when I came home to California in the summer of 2008 and turned on the TV during the opening ceremony…

I could not believe my ears.

For me, perhaps the most memorable “story” being trotted around by “intellectuals” was the supposed similarity between the Beijing opening ceremony and that seen in the 1936 Games staged by Nazi Germany. This was repeatedly stated– but never argued– in much the same way as Bush's “Axis of Evil” comparison. And, one wondered whether liberals have dared to “go there” without backing up their claims if they had been talking about France or Austria, for example? Or Russia? It was pretty diminishing –if not patronizing to the Chinese.

I thought the worst days were behind us after that. A few days ago, however, a friend posted on Facebook the following open letter about Syria and the “left-wing” response:

The schizophrenic delusions of the Western anti-war movement: A response to Lindsey German

In the letter, the author describes the discussion on the left in the following way:

It is, rather, an ideologically driven habit of twisting facts so that they conveniently fit into a pre-constructed narrative about 'those people' and how they do things. It is, in other words, Orientalism.

That American journalists pander in narratives-as-consumer-products is somehow understandable given the economic realities, but I have been really taken aback by the equally troublesome response we are seeing by the left-wing elite. As Shiar suggests, to frame non-intervention as some kind of morally-elevated action (ie as “anti-war”) is problematic–for not only does it cease to make any mention of what Syrians want or think but the suffering that we see happening has been absolutely staggering.

There are some very compelling practical arguments for non-action, don't get me wrong. But this feels lost in what is a tidal wave of liberal insouciance —or twitter-talk; whether basing opinions on erroneous comparions to Iraq (really?) or in anti-war slogans and (to quote Shiar again) “obsessing about big politics from a statist perspective: regime change, foreign intervention, regional war, Israel, Iran, blah blah blah.”

Obama, without any support on the left or the right, has displayed a surprising show of honest resolve.

That is, there is evidence of real war crimes by the regime and since it is probable that these will continue, he has tried to at least put pressure on the regime through threats of a Kosovo-style intervention.

Of course, in addition to strong resolve, intervention would require a certain capablity to actually be able to effectively intervene.

And America —–acting alone– most probably does not have that capability.

Let's face it, the US has not effectively intervened anywhere in the world in recent memory. Indeed, they have left beind bigger and bigger messes in their wake wherever they have found themselves. This is caused not by any technological incapacity but rather, I think, by a shocking insularity and cultural provincialism. The country has also become fundamentally shackled to corporate quarterly performance and four-year administraion short-time thinking models, and these financial and political concerns have become bottom lines in the US and are as debilitating as our insularity when it comes to foreign policy.

And the situation in Syria is a mess like we have not seen anywhere in a very long time.

That America is quite simply incapable of not making a bigger mess and therefore should stay out of Syria is a valid argument that one could make. But to suggest that inaction is somehow a moral decision that would benefit the people of Syria seems delusional in just the way Shiar suggests. When one turns away from a people whose suffering is so staggering that we see “close to one-third of Syrians displaced (two million having fled the country and close to five million internal refugees)” is not a moral act. And bring in the use of chemical weapons on a civilian population, and I would say a red line has indeed being crossed. 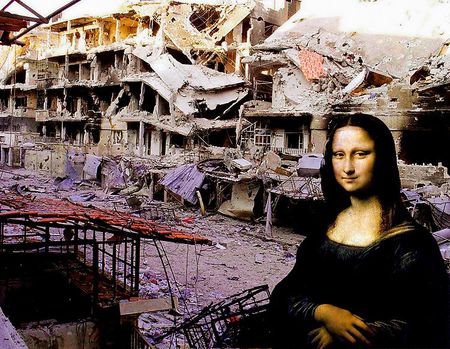 In any event, I want to be very clear that I am not talking about Syria per se and am certainly not suggesting that I think the US should intervene acting alone or even taking on leadership in this.

Premise #2: There is no longer a viable left-wing in the US and liberal stagnation is staggering.

Sitting with a long-time expat friend from Japan the other day, we talked about how in the past twenty years since we have been in Japan, it feels as if a viable Left has utterly disappeared from this country.

When I first returned, I was stunned by how dramatically polarized I felt things to be, but slowly I realized, this country is, in fact, not really polarized all that much, since in the end the two sides are actually not all that far apart. In terms of lifestyle, for example, the liberals are as much a part of Empire as anyone else. Participating whole-heartedly in globalized corporate America, the two groups spend a surprising amount of time complaining about the other side (despite behaving identically for all intents and purposes). It's like by relentlessly lamenting the behavior of the Right, the liberal elite are somehow let off the hook for not having any bold plans on their own –and more for being as much a part of the problem as anyone else.

It's the same-old with global warming. Both sides are spending a lot of time in “the blame game” but if you think about it, the onus of responsible behavior lies with the liberal elite–since if the right denies global warming, they are not under any logical obligation to change their behavior right? (this is why the Orientalist accusation is more salient for the left since they feed of this). What is so frustrating is watching the liberals blame the government for not doing enough and blame the right for their practices, while in the worst way, they themselves do very little to lessen their own impact on the environment or come up with constructive prescriptions for change. Basically corporate manufacturing will change its practices when consumers change their consuming behavior–whether this is government-led or people-led, the liberals need to step up.

In the case of Syria, the mess is the worst kind of mess–and I am not sure there are definitive answers. I personally thought the French ought to take a leadership role. They have historical ties to Syria and perhaps some better understnading of the people and culture. I don't know. But to my mind, if the international community does not stand up when chemical weapons are used against a civilian population, we are all diminished as a result. This is on top of addressing and supporting the humanitarian needs of the Syrians.

In addition to Shiar's letter, I also really appreciated Joshua Landis' short but very rational piece here on the situation. And, the Onion's So What's it Going to Be?

Finally, another reason to love Sweden? Yes? And how about another? 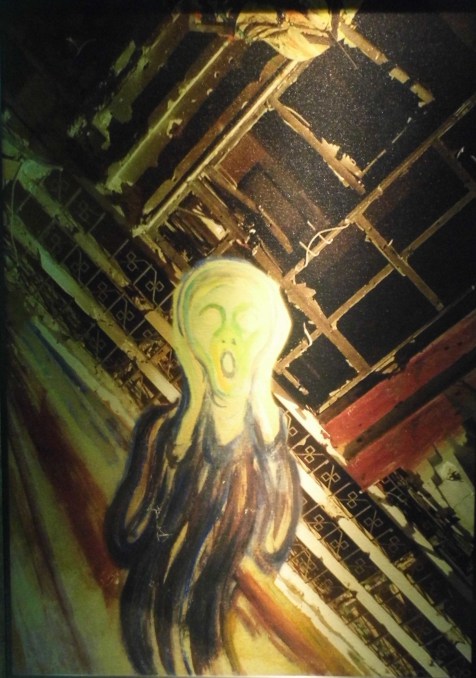