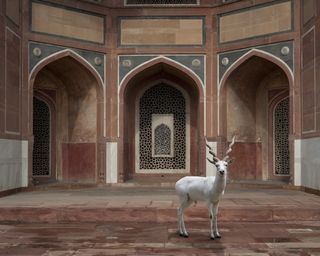 In the wake of the bombings in Boston, Katie Roiphe's post at slate caught my attention. She says:

Those obsessively poring over emerging news about the Boston bombers should take a break from their iPhones and laptops and newspapers and read Mohsin Hamid’s The Reluctant Fundamentalist, (and see Mira Nair’s film version out later this week). The novel will go further in answering the general bewilderment about the Tsarnaev brothers than the little snippets of their lives we have so far, in answering the bigger mystery: “Why did young men who grew up and studied here, as part of our communities and our country, resort to such violence?” as Obama put it.

The comments to the piece are pretty disturbing and say more about things here than anything else. No, it isn't anything about the immigrant experience, but rather is something inherent to Islam, they say in the comments. But were these young men politized or involved with fundamentalist fanatics? Or were they (at least one of them) mentally ill– end of story? We just don't know yet, do we?

However, I do think Roiphe makes a good point about identity issues and how cruel and damaging they can be.

In 2000, the conservative critic and Tokyo University professor Susumu Nichibe wrote a book about Japanese virtue and national morality, in which he strongly discouraged teaching a foreign language to Japanese children before they had mastered their own language. I didn't agree with much of anything in his book including that piece of advice (!!), but his description of how bilingualism in languages as different as Japanese and English can cause something which he called cultural schizophrenia stuck in my mind.

I think anyone who speaks two unrelated languages at a high level of fluency will agree that they quite simply think different thoughts depending on the language in which they are thinking at any given time. This is part of the huge attraction, of course, in learning a second language and living overseas–since that experience opens up for a person all kinds of new possibilities: new ways of thinking, new ways of looking at the world, new behaviors, and new ways of understanding the world. It is tremendously expanding.

Japanese is something that has added an indescribable richness to my own inner life and often affords me two very different perspectives on things. At the same time, however, it can be a strain.

The constant cultural comparisons and negotiating back and forth between worldviews can make a person feel the are never wholly at home anywhere. There are also power issues that can generate feelings of humiliation and shame–such as brilliantly portrayed in Hamid's novel. The Reluctant Fundamentalist is at base a novel documenting what it feels like to be between worlds, specifically where one is not in the privileged position (a Pakistani in post 9-11 America).

Maybe unbelievable to me was that the character was only meant to have lived in America four years. Though on second thought, that seemed to be the most common period when people experience nervous breakdowns resulting from culture shock–within the first five years. And, just as Roiphe suggested, what is really interesting about the story is just how so wildly successful by American standards the character was in terms of the “American dream.”

Changez repeatedly stated: “I love the United States of America,” and it really reminded me of the infamous North Vietnamese spy, Pham Xuan An. “The Spy Who Loved Us,” Pham Xuan An adored America. And yet he is said to have been one of the most successful and damaging double agents in history. He worked for Time and counted some of America's most famous Vietnam War journalists as close friends. At the end of the day, though, he remained deeply conflicted; loving America at the same time he worked quite effectively against its interests in his country. One person can hold many conflicting and competing values and worldviews, of course. And those coming from war-torn countries have other challenges as well. Along these lines, Andrew Lam recently wrote about Vietnamese immigrants and violence here.

For me, all roads lead back to my beloved Heidegger. And, I think he was quite right to question the Cartesian claim that there is such a thing as a dis-embodied thinking self (cogito) autonmous from time and world. Heidegger rejected this understanding of personal identity and argued that indeed, our human condition cannot be grasped outside of our everyday projects and situatedness. Everything we know is dependent on our environment (umwelt) and is a necessary reflection of these temporal and cultural limits.

But then how to explain those people who do, in fact, get outside their worldview–outside the culture or the “clearing” into which they are thrown? I would suggest that Heidegger doesn't explain this at all. Maybe he would claim it is not possible to truly be between worlds–and yet, I believe that is precisely what happens and people can indeed take on and negotiate between multiple worlds. This is not to say that anyone can ever get beyond their everyday world into a kind of abstract objective understanding but rather that they will have to deal with multiple cultural projects and mindsets.

I have read more than one article this week about how America is failing such people, and how America needs to re-think how it integrates immigrants. Indeed, I have been taken aback by the way the entire discussion about the bombings has been framed by the media in terms of their being immigrants–see the comments here if you really want to feel concerned. In the Reluctant Fundamentalist too there are descriptions of the “us” versus “them” mentality which affects even such a fabulously successful immigrant as the hero in the novel. To my mind, though, this is going down the wrong road. Compared to my time in Japan, for example, America is far less challenging–both culturally as well as socially to adapt to and integrate into– and this is so compared to almost anywhere that I have lived or visited.

I feel the real problem is not how to help immigrants become better Americans– but rather for Americans to better understand the world outside. For despite its colossal presence in the rest of the world, the country remains almost shockingly insular. We are the globalizers who remain almost utterly un-global in every way. A Facebook acquaintance is giving a university lecture on “deglobalizing Japan,” focusing on how fewer Japanese students are going overseas for education now, and I realize that I myself don't know any American-born people who have a foreign language university degree –while I have met quite a few Japanese who have them. It just boggles my mind how insular people are in this country at the same time the mind-set seems to be something like: Good=globalization=Washington consensus/Americanization.

Compared to almost anywhere else our television and music is peculiarly domestic; comparatively few people travel overseas and the non-“immigrant” core of the country not only cannot speak other languages, but their familiarity with foreign cultures and ways of life is shockingly low-level. And, this lack of cosmopolitanism goes right up to the top. Especially in the past two decades, the US administrations have been led by a group of men who have had very little exposure to other languages or overseas cultures. Monoglots and provincials anyone? (for more on that see my other post Cosmopolitanism and the Colonial Imagination).

A friend writes to me that,

Lee Kwan Yew has written extensively on America's incredible capacity to assimilate immigrants. In fact, he says America is the best at it in the world and that it's the backbone of America's success. The fact that we are insular is actually part of that integration because America's message, according to LKY, is that everyone is welcome – so long as they become American. We'll help you and make it easy to become one of us. Just jump on the program. Being insular, in a way, fosters that. It doesn't matter where you come from – you're one of us now. So, in a sense, the very lack of cosmopolitanism is also what possibly fosters the integration.

I think it is undeniable that immigration is the backbone of not only the success of this country but its vitality as wel, and indeed it is possible that our insularity is what allows for the melting pot version of America's pluralistic society. And yet, the insularity comes with its own set of issues–especially when it comes to foreign policy and global understanding, somthing which America sorely lacks, I would argue.

I mentioned this somewhere in these pages before, but I really liked this discussion on Boston College Front Row with writer Cullen Murphy, historian Seth Jacobs, and political scientist Timothy Crawford. Toward the end of the program, Jacobs insists that more damage is done than almost anything else in terms of contemporary foreign policy by Americans basing policy on the idea that the rest of the world is populated by wannabe Americans or frustrated Americans. He says, we assume the rest of the world wants to be just like us and proceed accordingly again and again at our own peril. Our insularity and inability to effectively communicate or understand the world remains at the core of quagmire after quagmire.

And it is to address this that Hamid does such a dazzlingly brilliant job in his novel. For as refined and sensitive as the main character of the novel is in his negotiating back and forth between multiple worlds and multiple selves, it is his American girlfriend Erica that disturbingly stands out for her deep insularity (interiority) and detachment from reality. It is a sad story. Also, it is highly recommended.

See Hubert Dreyfus, Heidegger and Foucault on the Subject, Agency and Practices

This was good too: Ten Things Most Americans Don't Know about America

Above photograph by Karen Knorr, The Witness, Humayun's Tomb, Delhi. India Song below.

Drone Image from Truth Out.