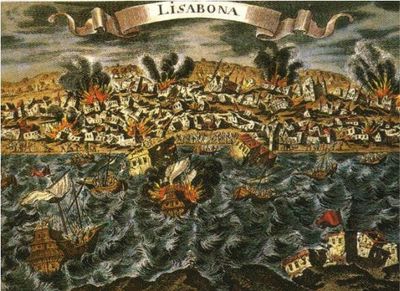 “If God allowed you to go back in time to spend the day with one famous historical person, who would you choose?”

He pondered this question in a rose garden. And as he happily ran through his various candidates– “Plato or Socrates in downtown Athens; or how about Nietzsche or the young Rimbaud?” — his mind lingered lazily over Cleopatra, “Ah, but one day would never be enough…”.

I had, in the meantime, already made up my own mind. For almost in an instant I had decided who I would choose. To meet Proust would have been delicious and the sight of John the Baptist incredible, and yet, in the end, I knew I could not really top the allure of Voltaire. In terms of a day spent, I just have to believe that Voltaire really had what it takes. I mean, he kept Madame du Châtelet happy for decades in her grand chateau, right?

We know at Cirey, the two lovers would spend their days absorbed in the respective studies. Working at opposite ends of the vast chateau, it is said they passed notes constantly during their days spent working apart; liveried butlers would deliver handwritten love-letters on silver platters whenever one of the lovers had something to say to the other. In the evenings, though, Madame and Voltaire would always come together to dine. Oh, can you imagine the sparkling conversations? Those dinners alone make him worthy of a wistful sigh.

I love Voltaire. And, like a favorite landscape, Candide is a book that I seem to return to again and again. Maybe like a lot of people after Japan's deadly earthquake in 2011, I found myself thinking about the book's opening chapters, when the luck-less Candide– along with the syphilitic Pangloss and the sailor from the boat– were shipwrecked; washing up on Lisbon's shores just moments before the city was struck by the infamous mega-quake of 1755.

As if the earthquake wasn't enough, the mega-quake was followed by fires and then a great tsunami that caused the complete destruction of one of the world's greatest cities of the time. Indeed, the human suffering was so terrible that the disaster sparked philosophical and religious debates on the nature of Evil that continued across Europe for a long time afterward; Voltaire's Candide being perhaps among the most famous.

In one of the vivid scenes of the novel, as Candide is lying there trapped under the rubble, he begs for wine and light. The sailor has gone off to pillage– but what of Candide's companion Pangloss? Well, our man Pangloss is too busy philosophisizing to be of any real help. Though thousands have perished, he tells his friend lying under the rubble, still everything is just as it should have been, for: “How could Leibnitz have been wrong?”

Claiming over 200,000 lives, the 2004 tsunami was one of the deadliest natural disasters in recorded history. Like Lisbon in 1755 and Japan in 2011, the 2004 Boxing Day Tsunami started with an earthquake. For Sonali Deraniyagala, who was in Sri Lanka on holiday, there was no warning, though, no sign of any earthquake. Instead, there was just a wave that came and took her entire family away.

Mother. Father. Husband. And two beautiful boys. In what was just a few minutes, they were all washed away.

In the words of my friend Pranay, Deraniyagala's memoir about what happened is, “simply extraordinary, and it will touch you beyond belief.”

Deraniyagala says, “They were my world. how do I make them dead?”

I think of myself as someone who also lost a world and yet to lose one's children…–it is unthinkable.

Of all the things I read in the aftermath of the 2011 disaster in Japan, there was one image that haunted me. A school had been washed away in the tsunami. Of the children lost, there were some whose bodies were not found. The parents were unable to rest. One mother was shown on TV waking up every morning to spend her days on a bulldozer shoveling the debris for any sign of her daughter. She knows her daughter is dead but her need to care for the remains was overwhelming. It was an image I could not get out of my mind. And reading Deraniyagala's story I kept recalling the women in Sendai. And the terrible loss there.

How is one to make sense of these things? 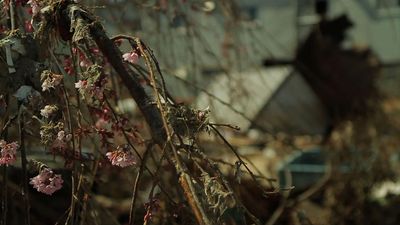 Genevieve Lloyd's Providence Lost was one of the most interesting philosophy books to come out in a long time, I think. To examine Western notions of Providence, Lloyd goes back to a certain moment in time to examine two rival approaches to the nature of free-will and human freedom: “Descartes' account of the will as the locus of freedom and Spinoza's rival treatment of freedom as involving the capacity to shape one's life in accordance to the recognition of necessity.”

Not surprising, Leibnitz and Voltaire are key players in her narrative.

From our contemporary standpoint, it is very interesting to be reminded that there were once alternatives to Descrates’ idea that autonomous will (and choice) is the locus of freedom. And Lloyd argues that the formation of the “controlling, autonomous self of modernity–which we now take so readily for granted– was conceptually dependent on changing ideas of providence.” Indeed, so overwhemingly dominant has the Cartesian conception of human agency as the locus of freedom become that we could almost forget that there is another equally compelling tradition seen, for example in Spinoza & Hegel's transfiguration of Stoic views on freedom that posit freedom and the Good Life as being taken up with the capacity to adapt oneself to necessity in the form of the cosmos. For example, for the Stoics, “following nature” had an ethical force that de-emphasized personal choice and posited agency as being a kind of attunement with nature and submission to the rationality of the cosmos.

An oldie but goodie, British philosopher Peter Strawson wrote a paper maybe 50 years ago or so in which he argued that because it seems to be phenomenologically so that people tend to react to events in terms of feeings of moral responsibility and that these feelings are somehow more fundamental than any concepts we might have concerning free will– that it is these feelings that ought to remain the focus of inquiry. That is to say that even if it were possible to prove perfect determinism or causality of all events, still human beings would tend to view things in terms of reactive attitudes which are based on inter-personal relationships. Such reactive attitudes could be feelings of “gratefulness” or “resentfulness” whereby even if everything was causally determined (something not provable in any case) –still within that determination, human beings will internalize culturally- determined 1) concepts of what appropriate and fitting and 2) a belief that being true to oneself in terms of moral sentiments is the foundation for how we hold people morally responsible.

Deraniyagala also struggles with determinism:“what have I done to deserve this?” she asks. “I must have been a mass murderer in my past life.” Voltaire might remind us again that like earthquakes rumbling from afar– we are faced with the fact that we quite simply cannot control everything; indeed, human responsibility-as well as the will to control nature– becomes less an issue in a world that is neither the best of all possible worlds nor a world where everything is under our control either. All we can do is ride things out with compassion and grace, I suppose. Like the people of Japan. Like Deraniyagala.

In a sense, Voltaire is not doing anything all that different when he tackles the problem of evil in the aftermath of the Lisbon Earthquake. At the time the Lisbon earthquake had a profound affect on the collective imagination, but Voltaire–rather than focus on the philosophical and religious debates concerning the role of providence insisted that people must remain focused on human folly and compassion–for it is only in our human actions that we can own moral responsibility. More pain and suffering is caused by human beings unto other human beings than is caused by natural disasters and so it is there that we must direct our attention. We must seek to control or improve those things that are truly in our ability to control and leave what is out of our control to ideas of Providence. Or, as Lloyd says, “In place of philosophical speculation, Voltaire urged a response of simple compassion or pity” based on taking responsibility for what human beings can control.

Not surprisingly, there is no happy ending to Deraniyagala's book.

But as Teju Cole –in his usual brilliant way–says:

“In accurately describing her family’s life—and I’m drawn here to the root word “cura,” care, from which we get “accurate”—she rescues her family from uncaring, careless fate. Losing them plunged her into darkness. Writing about what happened brings them back into the light, a little.”

Does this not all remind you of Voltaire and his rich Turk who had famously said, one must cultivate one's garden? People argue back and forth about what he meant by this. Was Voltaire implying a passive retreat from the outer world to cultivate one's inner Self, or was he instead advocating productive occupation and engagement (in the form of gardening) with the world– that is, working to improve the world through metaphorical gardening. Human beings, said Heidegger, are held fast by care (Cura teneat, quamdiu vixerit): to love, to serve and to remember. It is care which is our fundamental way of being-in-the-world. And, in this way, Deraniyagala painstakingly crafts this stunningly moving memory palace of what she lost in just the way Cole illuminates above– like tending a garden among the flames.

For as my man Voltaire said –and could there be any finer companion to have on a sinking ship?– “‎Life is a shipwreck, but we must not forget to sing in the lifeboats.”