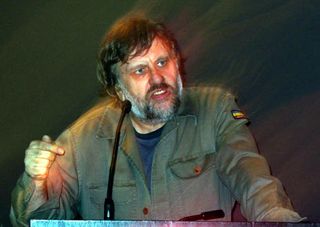 Last month here, my illustrious 3QD associate Evert Cilliers (aka Adam Ash) asked the following question: Can America survive what our 1% and their useful idiots and the dems have done to us?

His answer, in short, is no. He says:

Nothing but bones about it. I arrived back to the US after twenty years overseas during the height of the Occupy Movement. Two decades is not all that long, and yet the change in America was staggering. I was only surprised the Occupy Movement was as restrained as it was. I have heard it said that during the time I was away occured the largest transfer of wealth in this country's history. I don't know if that is true or even close to being true, but that one class of the population had grown significantly wealthier to an exponential degree while the majority had sunk to a “nothing left but bones” state, I think is undeniable.

When I left, this country was just as Cilliers describes: a Ford economy. As he suggests, there has always been upper management versus labor/staff and ruling elite versus the masses–but back in the old days, the non-elite could basically make a living, had benefits, and could survive. That is, a family could manage and their children be educated on the salary of factory line worker. Also at the time I left, medical bills didn't often completely wipe a family out either.

What on earth happened when I was away?

I am coming from Japan's lost decade. Arriving in Tokyo during the Bubble Years, I was there as the economy shrank and people had to tighten their belts big time. However, I can attest that even during the worst-of-the-worst of the so-called Lost Decade, not only did Japan continue to maintain its excellent national heathcare system, fabulous school lunch programs and tenable social safety net welfare system, but it also managed to invest very intelligently in domestic infrastructure. I was translator on the eJapan project/Cabinet Secretariat for about four years starting in 2001; and for the most part, Japan followed through in the policies laid out at the same time. I know from my work that government was also strongly involved in high speed train technologies, robotics as well as a program to begin English language degree programs at major universities all during these lost years. So, while times were very rough and my life in japan also had that “bare bones' feeling to it, I never had anxiety like I do now regarding healthcare, job security and social safety nets. 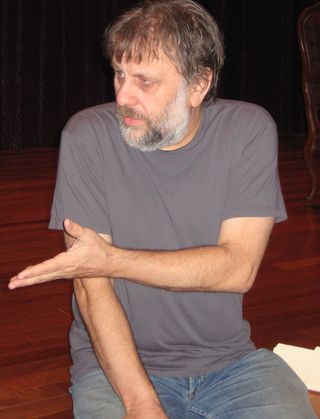 Coming home here and seeing how things were now in the US, I kept wondering why aren't people protesting more massively?

If I was Zizek I would be working on an argument to unpack how things like New Age versions of Buddhism and the Apple empire are now functioning as “the new opium of the masses.” I mean, sheesh.

Last month, I was working on a translation about the pro-democracy movement in China, and the author's argments were framed in what could be called the “democratization is premature” stance that has become the mainstream approach of intellectuals in East Asia, which states that without economic development, democracy is premature. While I am not making the argument that democracy categorically requires a solid middle class or a certain GDP, I would like to suggest that without a strong middle class that democracy will be undermined to some degree (and we are now seeing that in the form of corporate interest and campaign finances directly affecting laws and indirectly affecting the democratic process). Income inequality also undermines the culture in other even more significant ways as well.

According to Cullen Murphy, one of the most insideous ways our society has been transformed over the past, say, twenty years [to more resemble ancient Rome before its decline], is in what he calls privatization. He uses Blackwater (spit, spit) as one of his main examples of how a vital function of the nation is being sub-contracted to a corporation, which does not have much oversight from the government. This is something that began during the Reagan years, but from diplomacy to Intelligence and from merceneries to the post office, we are seeing a major “weakening of the body politic through various forms of privatization.”

This sub-contracting is not just something happening to government services, but the corporate world has also taken on this model so that we now have a situation where efficiency —in the form of short-term quarterly performance– has become the new bottom line. It wasn't always so, you know. Now, it is the shareholder who holds all the cards. Long gone are the days when a company had in its own interest the responsibility of taking care of its employees and contributing to the local community, from which it derived its own livlihood.

Yes, this is the Walmart Economy.

Murphy declared that Rome had totally lost its “we're in this together” spirit–and it is not a big leap to see the same disappearance of communitarian values and the Greater Good in our own society.

Nassim Taleb brilliantly writes about the need of having skin in the game in both business and government. In a nutshell–in my opinion, this is at the root of our current state of malign. From drones to corporate risk management to policy, we have a situation whereby the ruling elite class no longer has skin in the game –not in public policy, foreign policy or corporate policy. Murphy had a number in his book, which I don't have handy but it was something like, in the late 1950s almost 50% of Princeton graduates went into the military– to serve. Even in Vietnam, known as a working man's war, the children of the elite were known to go too. Now, the disconnect between the educated elite and the military or the corporate elite and those in the community is complete. And Taleb is exactly right that this points to the fact that something is rotten in Denmark; for as he rightly (and significantly) states, an immoral act can be characterized by a willingness when we open others to the great risk, which we are ourselves reaping the benefits from.

Where this is different than Rome, I would argue, and where Murphy didn't have it quite right is in the ontological. It is true that the Roman elite, ensconsed in their villas, came to have no real skin in the game anymore in public policy. Rome-in-decline was characterized by the existence of two separate cultures: the elite rulers versus the non-Roman, non-elite merceneries and imperial commanders abroad. By the end, the military had so little in common with the elite that their obedience came to be for their own commanders, rather than the good of the empire.

I don't think the same thing is going on in Contemporary America, though–as I do not see two separate cultures here. Not one bit. I think we are all dwelling in the culmination of what Heidegger called the technological understanding-of-being. Accordingly, in viewing the world as only in terms of utility, everything becomes a resource to be used efficiently–even our own lives are judged in these terms (how can I be the best me I can be?) In such a world, greater good, stakeholder claims, social justice, and cultural achievements–along with other medievalisms– have gone by the wayside. And that is not all. For this is also something being actively exported by the global elite.

I have a friend who says that, like in Great Gatsby America, the pendulum has swung too far in one direction; but that reaching a point where the bottom cannot hold, the pendulum will swing back and balance achieved in America again.

Being ten years older than him and steeped in Heidegger, I morosely disagree.

In what is a now famous interview published posthumanously with Der Spiegel, Heidegger gave a gloomy description of the course of modern civilization. After years of arguing that the new technological civilization had taken meaning out of our lives and “instead replaced it with the main signifiers of advanced capitalism such as use-value, profit, power, wealth, efficiency, production and productivity,” he ended the interview by saying:

“Only a god can still save us”

Adding that through poetic thinking and discourse, we can prepare “for the appearance of the god or for the absence of the god during the decline; so that we do not, simply put, die meaningless deaths, but that when we decline, we decline in the face of the absent god.”

That the excesses of capitalism are undermining the health of this nation seems to be a fact. But there is an ontological component to this as well. And, as Ibrahim Kalim aptly puts it:

The point is that we as human beings are increasingly becoming part of a system that defines our humanity and morality according to instrumental value and nothing else.

But reality offers more possibilities than use-value and will to power.