William Burroughs famously remarked that Islam had hit a one thousand year writer’s block. Is this assessment justified? First things first: obviously we are not talking about all writing or all creative work. Thousands of talented writers have churned out countless works of literature, from the poems ofHafiz and Ghalib to the novels of Naguib Mahfooz and the fairy tales of innumerable anonymous (and amazing) talents . There is also no shortage of talent in other creative fields, e.g. I can just say “Nusrat Fateh Ali Khan” and be done with this discussion. But what about the sciences of religion and political thought, or the views of biology, history and human society to which these are connected? Is there a writer’s block in these dimensions? 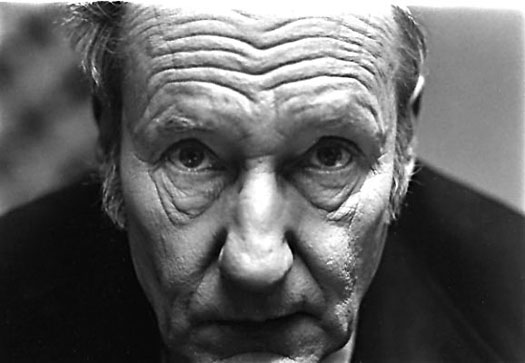 The correct answer would be “it depends” or “compared to what”? After all, it’s not so much that everyone else in Eurasia stopped thinking 500 years ago, but rather than an explosion of knowledge occurred in Europe that rapidly outstripped other centers of civilization in Eurasia. And after a period of relative decline, the rest of the world is catching up. Culture matters, but cultures also evolve. For better and for worse, cultures in Japan and Taiwan are now full participants in the global knowledge exchange, both as consumers and as producers. Iran has been trying to move beyond previous (and obviously flawed) models of personal autocracy and hereditary rule interspersed with violent and devastating civil wars, for over a hundred years, and the Islamic republic, for all its problems, is not a brain-dead culture.

But what of the Sunni world? There is no one uniform pattern., but states like Turkey and Indonesia that are doing “better” (apologies for making a judgment, but how else to judge?) are running imported systems that maybe fairly functional, but that the ruling elite cannot seem to defend on “Islamic” grounds. This means that they are forever exposed to ideological assault from the Islamists. Much of the population appears to prefer the “imported” arrangement to any “authentic” Islamist alternative, but neither the elite nor the wider population seems to have arguments that can systematically justify the acceptance and import of new ideas, particularly ideas labeled “un-Islamic”. And what prevents such a discourse from developing? The answer lies hidden in two concepts that the Islamicate world has not been able to shed: the twin notions of blasphemy and apostasy and a subsidiary idea that these laws can be enforced by free-lance enforcers where the state fails to take action. This leads to a limited and hypocritical public discourse in which everyone (in public) pays lip-service to a mythology of Islamic perfection, completeness and ahistorical permanence, while struggling to carry on with life above and beyond those formulaic pieties. Ideologically, this concedes the public space to the Islamists and it is only their intellectual and practical bankruptcy that prevents them from taking full advantage of this tremendous ideological monopoly.

So the problem (and there is a problem) is not a thousand year writer’s block. And it’s certainly not a problem intrinsic to Islam as such (because there is no such things as “Islam as such”). We do not have to buy into the notion that Sunni Islam is barbaric in essence . Salafist and Wahabist interpretations (which are, let us assume, ipso-facto barbaric) are not a return to some original essence, they are a new invention and not a particularly good one. There is no essence and no pure past to which everything tends. Islam is a product of history, with roots in the past that go far past 7th century Arabia. The religion evolved and borrowed freely and eclectically to create a new and dynamic hybrid civilization. The Persian cultural renaissance civilized the Eastern half of the Arab empire ( a renaissance that includes, incidentally, a stunning example of how much impact one person can have; that one person being the poet Ferdowsi) and Islamicate civilization in this region incoroporated many literate and highly sophisticated elements. In India, the Islamic elite was Persianized (and like all Muslim elites, partly Hellenized) while folk Islam was eclectic, assimilative and full of life, producing such poets and creative geniuses as Shah Hussein, Shah Latif and Waris Shah. Khwaja Farid, a completely orthodox Punjabi poet of the 19th century, had no problem with writing that Adam must have been Hindu, since Hinduism is the oldest religion of man. The poet Jaun Elya (a Marxist/anarchist not particularly friendly to organized religion) wrote that when he was growing up 70 years ago, the Mullahs and Ulama who taught him and his brothers would be unrecognizable to Pakistanis of today. They were cultured and sophisticated people, with fine manners and elaborate courtesies, whose Islam was self-confident and literate and was light years away from the ignorant and barbarous world of the Ulama, Jihadists and Generals of today. But while there was no one thousand year writer’s block, something else did happen; the Americans found oil in Saudi Arabia and simultaneously discovered that hardline Islam was a bulwark against communism. Those two discoveries joined with other wider worldwide trends and existing strains of fascist Islam to inject life into the most vicious and most barbaric strains of Islam and have played a very big role in bringing us to today.

Again, it must be emphasized that it was not always thus. Tabari’s history is in no way limited by his status as a major exegete of orthodox Islam (albeit one whose school did not survive the competition). Muslim scholars struggled with every question and took almost every conceivable philosophic position in the time of the Abbassids and their successors. Though the so-called “golden age” was not always that golden, it was a time of great creative effort and intellectual exchange, in no way comparable to the brain-dead theology of modern-day Islamic militants. And this willingness to read and learn from many sources did not die a thousand years ago. It has been dealt a body blow relatively recently, with the union of oil wealth, Wahhabi ideology and cold-war requirements. And this is not to deny the simpler political explanations of many current conflicts, but over and above the miasma generated by the usual problems of the world (land, occupation, injustice, etc.), there is an additional layer of insanity and it has the potential to co-opt and devour many other struggles and arguments and push them over to barbarism.

Individually, Shia Muslims outside of Iran and South Lebanon have an advantage over us Sunnis. They do not have to deal with Shia theology or mythology as a concrete alternative to existing political arrangements, so one can be liberal, agnostic, fascist or anything else, and still maintain a reasonably healthy relationship with the annual Shia passion play and its associated historical myths. But for Sunnis in the Sunni majority countries, the options appear to have shrunk . It was not always thus. 40 years ago, most leftists in Pakistan were protesting the Vietnam war and arguing whether Zulfiqar Ali Bhutto was a leftist or a feudal. No one regarded the Islamic parties as a serious alternative to anything and voters agreed, wiping out most of those parties in elections. Today, we may still wish to ignore the jihadists and their insane projects (exemplified by this refusal by Hafiz Saeed to show his face on a TV interview because appearing on video is against Islam), but they won’t let us ignore them. Slowly but steadily the Islamists are forcing Sunnis to face the unpleasant fact that if they continue to ignore the Islamists, their own freedom to deal with issues without invoking an imaginary history of Islam, will be severely restricted.

For completeness, it must be added that there are other options. For example, matters like the blasphemy law can be subsumed into an academic Western debate about postmodernism and cultural relativism if you are a Westernized postmodern thinker, safely ensconced in New York and thoroughly immersed in the categories and arguments of the Western academy. But this route is not available to most of the citizens of the Muslim world (and would be stunningly incongruous there outside of a few Universities, which, as islands of Western influence, will value such scholars). For everyone else, a rather dramatic opening up of the debate is urgently needed. What is needed is not just a new look at history, but an outbreak of cultural creativity, using literature, painting, music and movies to explore and re-create the entire history of Islam. Imagine how many movies can be made about the first andsecond civil wars alone! When I first read Tabari’s account of the last days of Uthman, where the aged caliph, abandoned by most of his comrades and besieged by rebellious soldiers, goes to the mosque and defends himself in an eloquent Friday sermon, I imagined many different ways such a scene could be played and many talented actors who could play it. For example, we could have Amitabh Bachan as the caliph, making his speech and softening hearts, but then a rebel played by Nana Patekar rises to condemn him and the mood of the crowd changes, ending with the aged caliph being pelted with stones. There must be ten movies in that scene alone, and Tabari has hundreds of other dramatic scenes to choose from. And imagine how many talented novelists would love to have a crack on these characters and their cosmic struggles. Unfortunately, instead of getting better, in some places, things have gonefrom bad to worse. There is no thousand year writer’s block, but there is indeed a very large damper that has been thrown relatively recently on Sunni Islam, and its time we return to the freer time of Attar, Rumi, Hafez and Khusro, even if we cannot yet make all the movies we want.