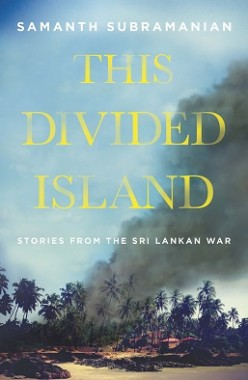 Few places in the world, of similar size, offer a more bracing human spectacle than the beautiful island of Sri Lanka. It abounds in deep history and cultural diversity, ancient cities and sublime art, ingenuity and human folly, wars and lately, even genocide. It has produced a medley of identities based on language (Sinhala, Tamil, English, many creoles), religion (Buddhism, Hinduism, Islam, Christianity, animism), and geographic origin (Indian, Malaysian, European, Arab, indigenous), alongside divisions of caste and class. Rare for a country its size are the many divergent accounts of itself, fused at the hip with the politics of ethnic identities—a taste of which I got during my month-long travel on the island in early 2014.

The Sri Lankan experience has been more traumatic lately, owing to its 26-year civil war that ended with genocide in 2009. The country’s three main ethnic groups—Sinhalese (75 percent), Tamil (18 percent), and Muslim (7 percent)—now live with deep distrust of each other. One way to understand Sri Lankan society and its colossal tragedy is to study the causes and events that led to the civil war. What historical currents preceded it? Did they perhaps make the war inevitable? What was at stake for those who waged it? What has been its human toll and impact on civic life? In his brave and insightful work of journalism, This Divided Island: Stories from the Sri Lankan War, Samanth Subramanian attempts to answer such questions while bearing witness to many of its tragedies.

Around two-and-a-half millennia ago, waves of migrants from the Indian subcontinent overwhelmed the island’s indigenous hunter-gatherers, the Veddah (a few descendants still survive). Migrants arriving from modern day Bengal, speakers of Prakrit—an Indo-European language that evolved into Sinhala—intermixed with indigenous islanders to later become the Sinhalese. Other migrants from southern India, speakers of Tamil and other Dravidian languages and belonging mostly to the Saivite sect, also intermixed with the islanders to later become the Tamils of Sri Lanka. Which group of migrants arrived first, a question hotly pursued by the nationalists, lacks scholarly resolution. Both groups established themselves in different parts of the island: the Sinhalese in the center, south, and west, the Tamils in the north and east.