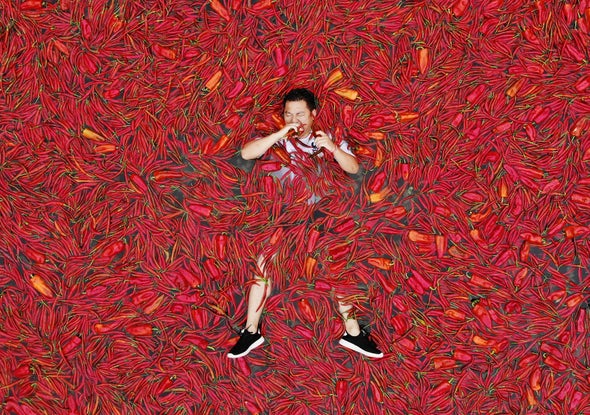 David Julius knows pain. The professor of physiology at the University of California, San Francisco, School of Medicine has devoted his career to studying how the nervous system senses it and how chemicals such as capsaicin—the compound that gives chili peppers their heat—activates pain receptors. Julius was awarded a $3-million Breakthrough Prize in life sciences on Thursday for “discovering molecules, cells, and mechanisms underlying pain sensation.” Julius and his colleagues revealed how cell-membrane proteins called transient receptor potential (TRP) channels are involved in the perception of pain and heat or cold, as well as their role in inflammation and pain hypersensitivity. Much of his work has focused on the mechanism by which capsaicin exerts its potent effect on the human nervous system. His team identified the receptor responsive to capsaicin, TRPV1, and showed that it is also activated by heat and inflammatory chemicals. More recently, he has revealed how scorpion venom targets the “wasabi” receptor TRPA1. Drug developers are now investigating whether these receptors and others could be targeted to create nonopioid painkillers.

Besides his findings on pain, Julius has discovered a receptor for the brain-signaling chemical serotonin. He is also interested in other types of sensory reception, such as infrared sensing in snakes and electroreception in sharks and rays.