Competition for government research grants to fund scientific research remains fierce in the United States. The budget of the 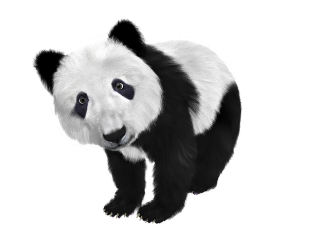 National Institutes of Health (NIH), which constitute the major source of funding for US biological and medical research, has been increased only modestly during the past decade but it is not even keeping up with inflation. This problem is compounded by the fact that more scientists are applying for grants now than one or two decades ago, forcing the NIH to enforce strict cut-offs and only fund the top 10-20% of all submitted research proposals. Such competition ought to be good for the field because it could theoretically improve the quality of science. Unfortunately, it is nearly impossible to discern differences between excellent research grants. For example, if an institute of the NIH has a cut-off at the 13 percentile range, then a grant proposal judged to be in the top 10% would receive funding but a proposal in top 15% would end up not being funded. In an era where universities are also scaling back their financial support for research, an unfunded proposal could ultimately lead to the closure of a research laboratory and the dismissal of several members of a research team. Since the prospective assessment of a research proposal's scientific merits are somewhat subjective, it is quite possible that the budget constraints are creating cemeteries of brilliant ideas and concepts, a world of scientific what-ifs that are forever lost.

How do we scientists deal with these scenarios? Some of us keep soldiering on, writing one grant after the other. Others change and broaden the direction of their research, hoping that perhaps research proposals in other areas are more likely to receive the elusive scores that will qualify for funding. Yet another approach is to submit research proposals to philanthropic foundations or non-profit organizations, but most of these organizations tend to focus on research which directly impacts human health. Receiving a foundation grant to study the fundamental mechanisms by which the internal clocks of plants coordinate external timing cues such as sunlight, food and temperature, for example, would be quite challenging. One alternate source of research funding that is now emerging is "scientific crowdfunding" in which scientists use web platforms to present their proposed research project to the public and thus attract donations from a large number of supporters. The basic underlying idea is that instead of receiving a $50,000 research grant from one foundation or government agency, researchers may receive smaller donations from 10, 50 or even a 100 supporters and thus finance their project.

The website experiment.com is a scientific crowdfunding platform which presents an intriguing array of projects in search of backers, ranging from "Death of a Tyrant: Help us Solve a Late Cretaceous Dinosaur Mystery!" to "Eating tough stuff with floppy jaws – how do freshwater rays eat crabs, insects, and mollusks?" Many of the projects include a video in which the researchers outline the basic goals and significance of their project and then also provide more detailed information on the webpage regarding how the funds will be used. There is also a "Discussion" section for each proposed project in which researchers answer questions raised by potential backers and, importantly, a "Results" in which researchers can report emerging results once their project is funded.

How can scientists get involved in scientific crowdfunding? Julien Vachelard and colleagues recently published an excellent overview of scientific crowdfunding. They analyzed the projects funded on experiment.com and found that projects which successfully achieved the funding goal tend to have 30-40 backers. The total amount of funds raised for most projects ranged from about $3,000 to $5,000. While these amounts are impressive, they are still far lower than a standard foundation or government agency grant in biomedical research. These smaller amounts could support limited materials to expand ongoing projects, but they are not sufficient to carry out standard biomedical research projects which cover salaries and stipends of the researchers. The annual stipends for postdoctoral research fellows alone run in the $40,000 – $55,000 range.

Vachelard and colleagues also provide great advice for how scientists can increase the likelihood of funding. Attention span is limited on the internet so researchers need to convey the key message of their research proposal in a clear, succinct and engaging manner. It is best to use powerful images and videos, set realistic goals (such as $3,000 to $5,000), articulate what the funds will be used for, participate in discussions to answer questions and also update backers with results as they emerge. Presenting research in a crowdfunding platform is an opportunity to educate the public and thus advance science, forcing scientists to develop better communication skills. These collateral benefits to the scientific enterprise extend beyond the actual amount of funding that is solicited.

One of the concerns that is voiced about scientific crowdfunding is that it may only work for "panda bear science", i.e. scientific research involving popular themes such as cute and cuddly animals or studying life on other planets. However, a study of what actually gets funded in a scientific crowdfunding campaign revealed that the subject matter was not as important as how well the researchers communicated with their audience. A bigger challenge for the long-term success of scientific crowdfunding may be the limited amounts that are raised and therefore only cover the cost of small sub-projects but are neither sufficient to embark on exploring exciting new ideas and independent ideas nor offset salary and personnel costs. Donating $20 or $50 to a project is very different from donating amounts such as $1,000 because the latter requires not only the necessary financial resources but also a represents a major personal investment in the success of the research project. To initiate an exciting new biomedical research project in the $50,000 or $100,000 range, one needs several backers who are willing to donate $1,000 or more.

Perhaps one solution could be to move from a crowdfunding to a tribefunding model. Crowds consist of a mass of anonymous people, mostly strangers in a confined space who do not engage each other. Tribes, on the other hand, are characterized by individuals who experience a sense of belonging and fellowship, they share and take responsibility for each other. The "tribes" in scientific tribefunding would consist of science supporters or enthusiasts who recognize the importance of the scientific work and also actively participate in discussions not just with the scientists but also with each other. Members of a paleontology tribe could include specialists and non-specialists who are willing to put in the required time to study the scientific background of a proposed paleontology research project, understand how it would advance the field and how even negative results (which are quite common in science) could be meaningful.

Peer reviewers who assess the quality of scientific proposals for government agencies spend a substantial amount of time assessing the strengths and limitations of each proposal, and then convene either in person or via conference calls to arrive at a consensus regarding the merits of a proposal. Researchers spend months preparing research proposals which is why peer reviewers take their work very seriously and devote the required time to review each proposal carefully. Although the peer review system for grant proposals is often criticized because reviewers can make errors when they assess the quality of proposals, there are no established alternatives for how to assess research proposals. Most peer reviewers also realize that they are part of a "tribe", with the common interest of selecting the best science.

Merging the grassroots character and public outreach of crowdfunding with the sense of fellowship and active dialogue in a "scientific tribe" could take scientific crowdfunding to the next level. A comment section on a webpage is not sufficient to develop such a "tribe" affiliation but regular face-to-face meetings or conventional telephone/Skype conference calls involving several backers (independent of whether they can donate $50 or $5,000) may be more suitable. Developing a sense of ownership through this kind of communication would mean that every member of the science "tribe" realizes that they are a stakeholder. This sense of project ownership may not only increase donations, but could also create a grassroots synergy between laboratory and tribe, allowing for meaningful education and intellectual exchange.