Pinochet. Chavez. Trump? After decades of suffering under populist autocrats, Latin Americans have a message for the Gringos: Welcome to our world.

So begins a great article in Politico by Ben Wofford.

So many times over the past several years, I have wondered how America managed to turn into a bonafide banana republic in little over two decades.

How had it happened?

With surging inequality at levels approaching Latin America,infrastructure is no longer obviously first world and the divide between elite and the rest in terms of education, health and overall prospects is simple stunning…. what happened to the American dream, right?

So given this state of affairs, I suppose it shouldn't be so shocking to see a “strongman” rise up. It is the cult of his personality and that of his family, along with the populist promise of “taking on the elite” based on nothing whatsoever than the mere fact that he says, “believe me.”

Scholars, writers and public officials across the continent report that Trump is viewed with horror and fascination by many Latin Americans. They emphasized that Trump has caudillo qualities they way Pinochet had medals: Cult of personality, rage against the elite, unbridled machismo, an acerbic disregard for the rules—coupled with an apparent willingness to break them at nearly any cost.

Wow, they even have a word for it down there: caudillo.

And along with unsustainable income inequality, this populist strongman caudillo has a very real elite to “take on.” From HRC's hiring of Wasserman-Schultz to her personal wealth, she is someone in need of taking on. Why, fr example, is her foundation and its ties to some seriously nasty people not being more rigoorously questioned? Her ties to Wall Street and her choosing of a VP who wanted to further deregulate banking are problematic to say the least. Despite being heartened by her speech at the convention, I couldn't help but feel utterly unable to trust a word she said (despite liking the words). Her historic ties to corporate and moneyed donors is not something that can be overlooked just because she says she will do something.

So, yeah, the rise of a populist strongman makes sense ~~~and he should therefore not be underestimated. Think Perón, think Fujimori, think Pinochez, think Abdalá Bucaram!!!

This all brings me to a documentary I watched this week, which I heartily recommend called, The Brainwashing of My Father. The documentary by Jen Senko began as a Kickstarter campaign. Senko wanted to document the changes to her father as he became increasingly influenced by Fox News. Seeing her Kickstarter campaign , people came flooding out of the woodwork to tell her their own stories about losing family members. Many of thse peple appear in the documentary along with luminaries on the subject including, Noam Chomsky, Steve Rendall, Jeff Cohen, Eric Boehlert, George Lakoff, STOP RUSH, HearYourselfThink, Claire Conner and others.

Of course, again, the documentary is based on the questionable premise that somehow what is known as the “liberal media” is all that much better.

This is a huge question mark… because even if one could make the case that less outright falsehoods are being peddled in the “liberal media,” one has to be real and question the huge changes to news media in general in the last, say twenty years in the U.S. We can all agree that gone are the days of non-profit news… remember, not all that long ago, for-profit networks did not make money on news shows. They saw their profits from sit-coms and the news programs were much less conscripted by shareholders and business models.

We also used to have public news.

Having spent my adult life overseas mainly watching government news and news which was not for-profit, I see this as a huge problem and in fact, while Fox strikes me as a nefarious kind of “entertainment” (Senko is brilliant in explaining how watching Fox or listening to Rush can lead to a radical decline in compassion), CNN is like watching an advertising commercial (for arms?)!

If Fox can make you “mean and stupid” then what is CNN and Jon Stewart doing? I would suggest this: it is making you uninformed and smug. By way of a simple example, the “liberal media” seems to think they are doing their part on climate change by turning climate deniers into a big joke. HRC says, “And I believe in science.” Fine, but all this is neither here nor there if the media and politicians think that identity politics is going to actually do anything to promote real quantitative change. In Japan, for example, the media is not engaged in endless blame-gaming or demonizing some “other side” so they are able to actually have serious conversations abut environment issues that change practices! Like in Germany, in Japan climate and the environment are taken very seriously these days and that means real people don't just talk the talk but they walk the walk.

How many people watched the primaries and conventions? The majority of people I know either declined to watch at all or only watched what supported their existing beliefs. How can we as a society come together and fix problems of inequality if we can't even talk to each other? Utterly controlled by the media, instead of talking to real people, so many of us simply are being spoon-fed our opinions in a kind of echo chamber.

Hands-down, my favorite moment in either convention was the Rev William Barber's speech below… but I also loved it when President Obama said, 'We Don't Look to Be Ruled:'

We're not a fragile people. We're not a frightful people. Our power doesn’t come from some self-declared savior promising that he alone can restore order as long as we do things his way. We don’t look to be ruled. (Applause.) Our power comes from those immortal declarations first put to paper right here in Philadelphia all those years ago: We hold these truths to be self-evident, that all men are created equal; that We the People, can form a more perfect union.

His words reminded me so much of that moment from Aeschylus' play Agamemnon, when what should have been one of the greatest homecomings in ancient times, instead ended in cold-blooded murder as the King's wife stabbed him to death that evening in the bath.

Why did she do it?

The chorus, too, demands an answer.

And so in a series of stunning speeches that would be the envy of any Washington speech writer, the queen lays out her case. Her husband– the King– has killed their beloved daughter, and for that he must die. That he had brought a concubine home with him from Troy and that she and her lover were already happily ruling the Kingdom ensconced in the castle were reasons as well. But Clytemnestra— make no doubt about it– is clear about her reasons: he killed their daughter and for that he must die.

So, she sets him up.

Laying out the family's priceless reddish-purple color tapestries, she urges him:

He tells her he will not. It would be as if throwing the family's collection of Monets, Rembrandts and Van Gogh's to the ground to be tread upon. That is the kind of arrogance, he tells her, that Persian kings show– believing themselves to be as all-mighty as the gods. He won't do it, knowing that to do so would be to send the message to all the people that he believes himself to be above the law.

“We are democrats,” he insists.

Like Obama, Agamemnon knows that we don't not want to be ruled. We don't want separate laws for different people. And not needing a strongman to “save” us, we need to save ourselves–especially when both choices are so incredibly bad. But how can we come together and create any real change if we are divided so terribly? Doesn't it seem like we need to listen to one another and try to go back to a time when we could sit down at a table together to break bread with those we disagree with?

In the end, “puffed up with ego,”Agamemnon gave up and treaded upon the “sea of blood.” Scholars continue to argue about exactly why he did finally acquiesce and walk across the tapestries–but that simple act of showing himself to be above the law was all his wife needed to bring about his downfall.

That is to say, there is more to citizenship than consumption. And I count identity politics as a form of consumer identity (or personal branding?)

A poet friend of mine said this the other day:

I think Trump's presence now means that our instinct for self preservation via communal cooperation and mutuality has been systematically destroyed. It's like voting for cancer, the ultimate narcissist. Greater minds than mine can explain how this happened and what is to be done to recover. Good wishes one and all. 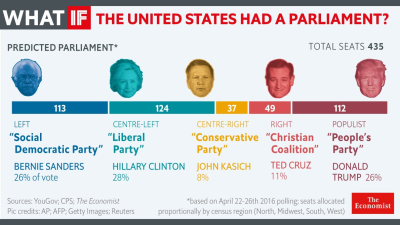 Until we learn to think for ourselves –instead of being spoon-fed corporate media soundbites that seek to divide and generate emotions (anger or derision and smugness), we will be forever at risk to demagogues and oligarchs.

Both Jen Senko and the Reverend Dr. William Barber II at the convention talk about the problem of meanness in our society–and this is something fueled by for-profit media. Obviously generating hate and anger; as well as supercilious feelings of superiority increase viewers and thereby profits. Compared to whatever you remember from before the days of entertainment news, do you think you are you a better neighbor today? Are you closer to extended family? Are you compassionate? Can you sit down and share a meal with those with whom you politically or morally disagree? These are the places to begin thinking about what exactly happened to bring us to this state of affairs, I think. For as Rev William Barber says: