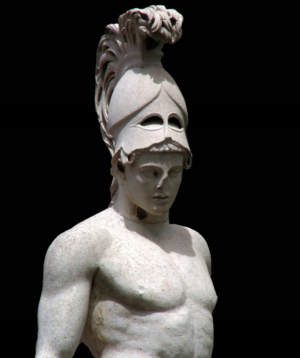 When Joseph Brodsky taught poetry at Mount Holyoke College, his method of choice was memorization. At the beginning of every class, students took out a blank sheet of paper and wrote out the poem for discussion that day from memory. Every comma, every line break, every word: they all had to be in the proper place. More than three errors of any kind would earn a zero.

I audited Brodsky's course on the poetry of W. H. Auden as a sophomore. Though I rarely adhered to his strict regimen, I did with Auden's “September 1, 1939.”

After the ritual of the blank sheet came the discussion. Holding a plastic espresso cup, and often—in defiance of every code—a cigarette, Brodsky walked among us, repeating lines from the poem with Russian-accented rhythmic intonation:

Blind skyscrapers use
Their full height to proclaim
The strength of Collective Man,
Each language pours its vain
Competitive excuse: …

(He pronounced the noun and verb forms of “excuse” identically, always like the verb.)

Then came a question: Why “blind skyscrapers”? A hand or two went up. Possible answers were proffered and gently dismissed. Finally, he offered an image of clouds reflected in the glass; everything deflected, nothing allowed in. As I listened, the adjective “blind” opened wide, swallowing a hissing tangle of nouns: “ignorance,” “hubris,” “superficiality,” “soullessness,” “emptiness,” “selfishness,” whereupon—already grotesquely distended with meaning—it proceeded to engulf the hundreds of pages of Ayn Rand's The Fountainhead, as well. Brodsky was passing from behind on my right as he spoke, the light on the desks was diffuse and without shadow, and a boy in a tutu from Hampshire College was sitting to my left: nothing happened, everything changed.

Despite having memorized the poem perfectly and even experienced an in-class revelation, I still made a mistake that day that has taken a very long time to amend. What I had scrawled in nervous haste on the paper at the start of class was technically correct, but I had misunderstood one of the words in the poem. The final stanza of “September 1, 1939” reads:

Defenceless under the night
Our world in stupor lies;
Yet, dotted everywhere,
Ironic points of light
Flash out wherever the Just
Exchange their messages:
May I, composed like them
Of Eros and of dust,
Beleaguered by the same
Negation and despair,
Show an affirming flame.

My mistake came in the eighth line, where my mind had swapped one Greek deity for another. Though I wrote “Eros” (the god of love), I was thinking of “Ares” (the god of war). With this mental substitution, the meaning of the poem is wholly transformed. In Auden's version, the poet does what comes naturally to him—namely love—in a show of solidarity with others like him. In my version, the poet must defy his nature. Though he is tempted to march along to the drumbeat of war, he wills himself to resist temptation. Yet he may fail, for the final sentence, though it ends in a period, takes the rhetorical form of a question. Will he manage to do what is right? The poet's internal struggle to overcome his nature and unite in solidarity with the Just becomes part of the drama, and his triumph will be all the greater if he manages to “Show an affirming flame.”

Years later I realized my error, and felt relieved that no one—thank heavens not the late Brodsky, Nobel laureate, protégé of Anna Akhmatova—had noticed. To cover for my shame, I tried to bend reality to the way I had come to see it. Was it not possible that Auden had accidentally written “Eros” for what he most certainly intended to be “Ares”? And how would we even know if that were the case? A friend of mine pointed out—with a most unbecoming smirk—that it was unlikely that the author of “The Shield of Achilles” had mixed up his Greek gods. “Well then,” I retorted, in a rapture of dilettantism, “if the mistake was not Auden's, then perhaps it was a mistake on his part not to have made such a mistake.” I still believed that Auden's Eros made matters too easy for the poet.

More years passed. I assigned the nine-stanza, ninety-nine-line poem in accordance with Brodsky's method to my own class. (The impact this assignment had on student evaluations can be safely left to the imagination.) Reading the many iterations the students had written—some nearly perfect, others more tortured and impressionistic—again and again I lowered my pen over botched versions of the treacherous sixth stanza, with its two Russian names and capitalized “Persons”:

The windiest militant trash
Important Persons shout
Is not as crude as our wish:
What mad Nijinsky wrote
About Diaghilev
Is true of the normal heart;
For the error bred in the bone
Of each woman and each man
Craves what it cannot have,
Not universal love
But to be loved alone.

Comprehension, that miniature demon who had spent years in the prison of my blind fixation, finally lost patience and started snapping the multiple “l's” of the last two lines over his knees in exasperated disgust. He knew! The demon shrieked. Auden always knew! And Brodsky knew he knew! And Brodsky knew you ought to know, too, because you bloody well had learnt it by heart!

The demon was right. The sixth stanza reveals all: Auden had not been mistaken to fashion the Just out of Eros rather than Ares, for his Eros is forever tainted by an error, the desire to be the sole object of affection. How very nearly impossible it then becomes for a “normal heart” to transcend its crude wish and “Show an affirming flame.” Auden's Eros knew wickedness intimately. Brodsky's method teaches intimate knowledge, because only what you know intimately can take you beyond what you know.