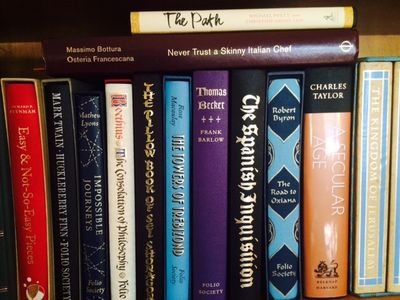 I was recently reading a book by the dreadful Robert Kaplan on the topic of China and the South China Sea, in which the author suggested that Chinese culture exists in one of its purest forms in Malaysia. He argued that only in the overseas Chinese communities that have continuously existed scattered around the Pacific Rim has Chinese civilization survived, uninfected by the tumultuous events of the Communist Revolution. Similarly, I have a friend who is a political philosopher and expert in Chinese philosophy who believes that it is in Japan and Korea where one can most easily find the artifacts of the Chinese civilization–specifically Confucian philosophy. Japan is, after all, a place where a lot of cultural practices and material culture from China have been preserved. And not just China, for much Silk Road artifacts are preserved in Japan as well, for the country has long stood as a kind of terminus, lying at the end of the line in East Asia.

And speaking of Confucianism and the Communist Revolution, have you ever wondered why Confucian philosophy has such a bad name in the West? Largely unknown–except in its fortune-cookie format– if it is recognized at all, the tradition is rarely fully appreciated. This is partly because of its association with patriarchy and elitism– and this bad wrap is something that was invented by the Chinese communists, who strongly discouraged Confucian thinking as being counter-productive to the egalitarian ideals of the revolution. (They were especially worried by its patriarchal stance toward women).

I was, therefore, thrilled to see all the press that Michael Puett and Christine Gross-Loh's new book is receiving. The Path became an amazon best-seller immediately after its publication and immediately began seeing reviews in major papers, like The Guardian and the Wall Street Journal. Pretty impressive for a book on Chinese philosophy!

First, a word about the authors.

This is a true story. Several ago a reader of these pages sent me an email with the subject line: “On the Far East, mindblowingly.” The email contained a transcript of Michael Puett giving a talk in Korea about building a more enlightened state; namely a kind of state which would be capable of better promoting human flourishing. I was very excited by this new friend's obvious excitement in Puett's ideas, as I knew that at Harvard Michael Puett's lectures on Chinese philosophy are so popular that they are receiving attention from the general public now as well. It is exciting indeed! The other author, Christine Gross-Loh is even more exciting–if that is possible. Christine Gross-Loh a few years back wrote the best book on child rearing I have ever read, called Parenting Without Borders. By providing different ways of approaching parenting from other parts of the world, she challenges American parents to think critically about what we are seeing in the form of over-parenting and the infamous helicopter parents. Both authors, therefore, are working on ways to bring in different styles of thinking in order to challenge people in thinking about “absolutely everything.”

So what does Chinese philosophy have to say to us, then?

Well, what if I told you that Puett and Gross-Loh agree with philosopher Charles Taylor as seeing some of the ills of our modern secular age as stemming from Calvinism? From our concept of ourselves as unique individuals on a path to uncover our greatest potential; to our distrust of ritual and organized religion (“spiritual but not religious”): these are all ideas that derive ultimately from the Protestant Revolution and John Calvin. This might surprise people who think that our modern secular understanding of self is more firmly rooted in the Enlightenment and scientific revolution (as I had)– but having read Taylor's A Secular Age, I am with Puett and Gross-Loh in positing our modern secular understanding of the self in Calvin.

[For those who have not read Taylor's A Secular Age, don't lose any more time!]

But what does this have to do with the Good Life? Puett, as mentioned, made a name for himself with the students at Harvard for his incredibly exciting presentation of Chinese philosophy. This was achieved not in terms of presenting its venerable history or the intricacies of its logic but rather, Puett excited students by using Chinese philosophy in order to stimulate students to think of their lives and their world in totally new ways. Sounds good, right?

Can you imagine a young person who has been raised to “follow their passions” and “be the best me you can be” listening to their famous professor telling them that, being an authentic self is actually stressful; that authenticity is an illusion based on a flawed understanding of the self since there is no such thing as a “true self.” What must they think being confronted with the idea that humans are multi-faceted “works in progress.” Rather than being tortured by decisions and elaborate plans for the future, imagine him standing there telling Harvard undergraduates they might be better of “going with the flow?” And what could these young people make of the idea of the transformational power of ritual?

Stop trying to find yourself! Stop deciding! Don't try to impose your will on everything and whatever you do, stop taking your choices in life so seriously! Stop trying to define yourself all the time. And, most difficult perhaps of all: you must work to moderate your emotions. (Has there ever been a generation raised to so thoroughly indulge in dwelling and expressing their own emotions as this generation? I know, I am such an old lady…)

For all these reasons and more, this beautifully-written short book is a must-read.

And it is beautifully-written.

I guess my only question with the project is concerning the limitations of presenting various concepts from a foreign tradition so totally out of context. Thinking of the Confucian commitment to the unity of thinking and ritual action in the form of knowing, Confucius suggests that

知者樂水 仁者樂山 知者動 仁者靜 知者樂 仁者壽
The wise delight in water while the virtuous delight in the mountains.
A wise person is active and enjoys change while a virtue person seeks serenity and enjoys long life 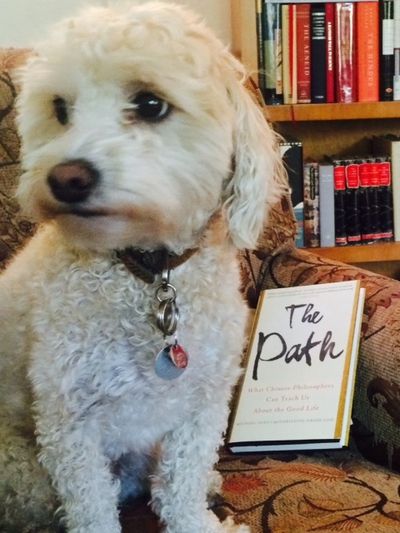 That is to suggest that in an enlightened world, both wisdom and virtue are necessary. The good life is a byproduct of both the attainment of wisdom and virtue, but according to all the great philosophers mentioned in the book, from Confucius to Mencius and Xunzi to Zhuangzi and Laozi– a person is really a person-in-context. Think of the Chinese characters for person (人) and personhood (人間). Packed right into the characters themselves is the notion of inter-personhood and that “no man is an island.” There is no self-encapsulated self, but rather the philosophy is rooted in the idea that our personhood is based in interconnectedness or person-in- context. This communal and inter-connected aspect of personhood is not a by-product of sagehood but rather what makes personal cultivation possible. I think it is very hard for some westerners to fully grasp Chinese and Indian philosophy because this significant different approach to understanding what is a self.

To wit, in The Path the authors end their book with a short meditation on the problems inherent to American-style Buddhism. According to them (and I completely agree), American forms of Buddhism rather than diminishing the ego, instead serve to prop up or strengthen an individualistic understanding of person-hood. I have a friend, who is a scholar of Sanskrit and Buddhist philosophy in Korea who calls Buddhism as practiced in the US the Path of Ignorance. Because it is un-moored from its context with each person cherry-picking the parts of the tradition that “works for them,” it can be problematic and indeed, as the authors suggest counter-productive. So, I couldn't help but wonder what would save their book from a similar fate? That is specifically, without the communal rituals and shared practices, how can any concepts from a foreign tradition avoid a similar fate as what we see in much of American style Buddhism?

I am no sure about how to answer this but I do appreciate that they offer the ideas from more natural notions of self-hood as conceived in the philosophy. Maybe much like William Irvine's A Guide to the Good Life: the Ancient Art of Stoic Joy (I loved that book!)– the Path has tremendous riches to offer young people (and not so young people)–precisely because it begins with a challenge to Western notions of the Self. Does anyone not know a young person who graduating from college become petrified because they actually have no idea what to do next? The limitless choices they were promised are illusory at best and at worst are utterly boxing them in to the point of paralysis. Haven't you ever wanted to shout at someone, “the world is unpredictable and a person grows up by living “as if” and not by seeking some kind of authenticity–just do something!” Have you not found as you grow older that more and more you are at the whims of your emotions and indeed that negative emotions are undermining any sense of equanimity and serenity that you had once upon a time? And what about the feeling that our lives have become more and more cut off from real-world experience–to the point that we feel enervated and non-receptive to new things? I personally feel that these are the most pressing problems I see in my own life–and maybe that's why I thought that this slender little book carried a very big punch.