This spring I had the pleasure of spending several months as a visitor at the Mittag-Leffler Institute in Sweden. Hanging on the wall above my desk was a copy of this print:

The Mittag-Leffler Institute has two patron saints: Gösta Mittag-Leffler and Sofia Kovalevskaya. The Institute is located in Mittag-Leffler's home just outside Stockholm. He donated his home and its extensive library in 1916 with the goal of establishing a place for mathematicians to visit and collaborate. Both were built using Mittag-Leffler's personal wealth (which he obtained the old fashioned way: he married into it). Nowadays there are a number of such institutes, but at the time it was the first of its kind.

Over my desk, however, was the watchful eye of Kovalevskaya. She was a truly remarkable woman who obtained significant results on differential equations during the second half the nineteenth century. Those being the times, she struggled to find opportunities to study mathematics. When she finally earned her PhD in 1874 she was the first woman in Europe to do so. And even then it was only thanks to rule-bending by the famous Weierstrauss. In 1883 Mittag-Leffler used his considerable influence to procure Kovalevskaya a position at the University of Stockholm. In addition to mathematics, Kovalevskaya wrote several books. Sadly, she died in 1891 at the young age of 41. For a taste of her life, I recommend Alice Munro's short story “Too Much Happiness”.

Whenever I had a bad math day [1], Kovalevskaya's portrait gently and kindly reproached me. At my age she had done all of the remarkable things mentioned above. Almost to the day, when I arrived at the Institute I was the age she was when she passed away. Every day when I arrived it was yet another day more than she had, and as a white, middle-class, American male I couldn't hardly claim any disadvantages to Kovalevskaya! As I'd leave for the day, she would tsk, tsk over all my dead ends and miscalculations.

But she strikes me as a warm hearted person who enjoyed life. I'm sure she would be delighted to know that the house of her friend Gösta still buzzes with mathematics after more than century. She should serve as an inspiration whenever any of us hit an obstacle. 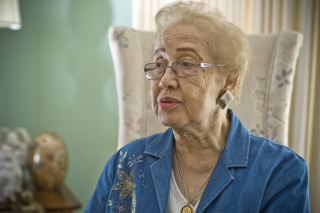 My new favorite inspirational mathematician is Katherine Johnson. Last month she received the Presidential Medal of Freedom for her important work with the early space program:

Katherine G. Johnson is a pioneer in American space history. A NASA mathematician, Johnson's computations have influenced every major space program from Mercury through the Shuttle program. Johnson was hired as a research mathematician at the Langley Research Center with the National Advisory Committee for Aeronautics (NACA), the agency that preceded NASA, after they opened hiring to African-Americans and women. Johnson exhibited exceptional technical leadership and is known especially for her calculations of the 1961 trajectory for Alan Shepard’s flight (first American in space), the 1962 verification of the first flight calculation made by an electronic computer for John Glenn’s orbit (first American to orbit the earth), and the 1969 Apollo 11 trajectory to the moon. In her later NASA career, Johnson worked on the Space Shuttle program and the Earth Resources Satellite and encouraged students to pursue careers in science and technology fields.

In short, an all around mathematical badass. There is a delightful short video interview with Johnson here at the MAKERS website. She started her career when women with a knack for math were tracked into jobs as human computers. In the days before computer computers, getting calculations correct was crucially important. For some strange reason women could be trusted to get that right, but not to come up with the mathematics in the first place. At the Manhattan Project building nuclear bombs, or at Bletchley Park cracking the Nazi Enigma code machine, or in the early days of spaceflight, if you were skilled at math but lacked the inexplicably essential penis, you were put to work as a number cruncher.

Like Kovalevskaya, Johnson was willing to follow her passion for math and elbow in where she wasn't invited. And a good thing, too, or we might have never heard of either of them. One of the truly great mathematicians, Emmy Noether, also had to stubbornly push to find her place in the early twentieth century. When David Hilbert and Felix Klein tried to have her hired as faculty member at the University of Göttingen, Hilbert responded to complaints by saying “I do not see that the sex of the candidate is an argument against her admission as privatdozent. After all, we are a university, not a bath house.”

Humans seem to have some deep need to pigeonhole people. You are either good (or not) at math, at music, at sports, at science, at cooking, at art,… Now I'll be the first to say that talent is a thing. No matter how much you bribe or threaten me, I don't have a hope of becoming a professional athlete or musician. With serious effort I could probably just manage to be a competent amateur.

Sadly, people are all too quick to be classified as “bad at math”. As if it's an all or nothing affair! Nobody thinks that you have to be Mo Farah or Usain Bolt or you might as well be a couch slug. Nobody thinks you have to be Alice Munro or Gabriel García Márquez or you might as well be illiterate. People are willing to believe that even stars have to work hard, and even everyday folks can and should be able to be halfway decent. Yet somehow our educational system convinces people that if it's a struggle, then math is just not for you (counterpoint: see [1]).

As if putting individuals into pigeonholes isn't bad enough, we like to classify whole groups of people. For some unfathomable reason women have long been collectively marked as bad at math. Maybe it's a missing gene or, as Lawrence Summers famously put it, maybe men have a “different availability of aptitude at the high end”. It all sounds like pure, uncut nonsense to me.

From Hypatia, to Kovalevskaya, to Noether, to Ada Lovelace, to Johnson, to last year's Fields Medal winner Maryam Mirzakhani, it is perfectly clear that women make amazing mathematicians [2]. And that's despite endless obstacles. We can only imagine all ability which has been left untapped over the centuries.

The truth is that math doesn't care. It's equally beautiful, true, and difficult to conquer, no matter who you are. If you find it interesting, you should be given every encouragement to give it a go. The problem lies with the people who are the gatekeepers to mathematics and science. Instead of showing students that math is fun and interesting and worth doing, we convince them it's deadly dull and only for a geniuses. Instead of searching schools near and far for the next Mirzakhani we leave it to blind luck and perseverance. Imagine where we'd be if we didn't depend on the Kovalevskayas, Ramanujans, and Einsteins to somehow find their way despite all obstacles?

It's true things have improved. Although the fact that three quarters of mathematicians are male suggests we have a ways to go.

After all, Amazon's fourth ranked book on math for children is Danica McKellar's “Math Doesn't Suck: How to Survive Middle School Math Without Losing Your Mind or Breaking a Nail”: 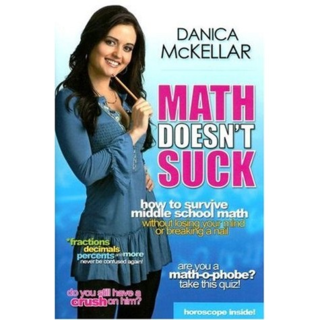 This doesn't seem like much progress from Francesco Algarotti’s eighteenth century best-seller, “Newtonianism for Ladies, or Dialogues on Light and Colours”: 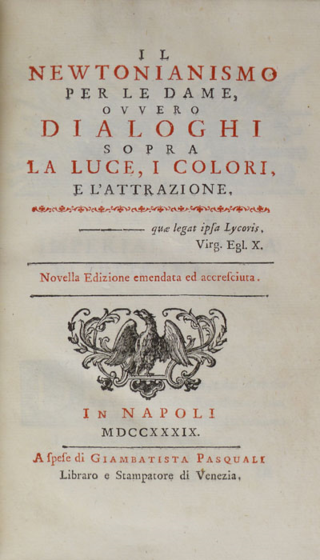 [1] Any mathematician will tell you that every day is a good day to do math, but that nine out of ten of them turn out to be bad math days. More often than not, you're happy if you end the day knowing as much as you thought you knew at the beginning of the day!