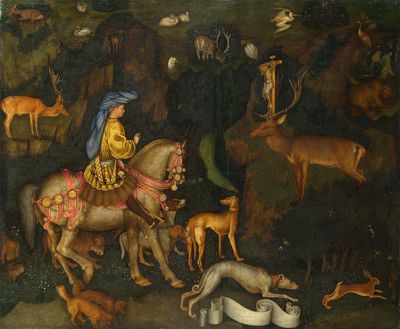 The history of the Japanese calendar stretches very far back into Japanese history- so far back, indeed, that we find ourselves in ancient China.

As was true of many facets of the ancient Chinese civilization–from its writing system to ceramics and medicine– the Chinese calendar was remarkably advanced and far superior to anything held by its neighbors of the time.

An ancient lunar-solar calendar, it had months based on the phases of the moon (each month began with the new moon), and the seasons were kept track of by observing the movement of the sun against 24 solar points, called “the twenty-four sekki” (24節気). Using these 24 sekki as a meteorological guide, important seasonal marking points– such as the solstices and equinoxes– could be accurately understood so that additional months could thereby be inserted when necessary.

It was high technology in the ancient world and the calendar was adopted throughout East Asia–from Japan and Korea to tropical Vietnam, the same calendar was utilized so that the time of “Frost Falling” or “Big Snow” was observed, whether the people in those lands had ever seen snow or not! In Japan, in particular, the calendar has infused the seasons with poetry and shared meaning. I don't know if it's because of the poetry inherent in the names themselves or the pageantry of images and festivals that are embedded in the calendar but it is a way of looking at the world that is deeply affecting.

Sure, anyone can step outside and appreciate the great splendor or nature; anyone with eyes to see and a heart to feel can be moved by “scattering flowers and fallen leaves” (飛花落葉) and yet…. as with all festivals, somehow the most moving aspect of aspect of things is in the shared details. I always loved the way we lived according to the calendar out in the country in Japan. It is something I miss terribly.

This was really brought to mind for me yesterday when a friend, Patrick Donnelly posted this video below on Facebook of a deer stepping up toward the altar of a Catholic church in France. Other friends said it was a church in Canada, which seems more likely maybe, but the video that he linked to was labelled, “France, the Church of St. Eustace.”

My friend quickly pointed out what Wikipedia has to say about Saint Eustace:

“According to legend, prior to his conversion to Christianity, Eustace was a Roman general named Placidus, who served the emperor Trajan. While hunting a stag in Tivoli near Rome, Placidus saw a vision of a crucifix lodged between the stag's antlers. He was immediately converted, had himself and his family baptized, and changed his name to Eustace (Greek: Ευστάθιος (Eustáthios), 'well stable,' or Ευστάχιος (Eustáchios), 'fruitful/rich grain').

It is a wonderful image, isn't it? Not unlike Emperor Constantine's dream that would changed the world, the story of Saint Eustace was part of the Golden Legend and its scenes, especially of Eustace kneeling before the stag, would become a popular subject of medieval religious art. Somehow it seems so wonderful to have this other-worldly stag wandering into the cathedral which derives its name from a saint who himself knelt before a stag.

I love when life does this. It feels like magic, or being inside a poem. Myths arranged by circumstance, to fall together in a meaningful way.

Myths can be arranged by circumstance like a winning hand of cards –to come together in meaningful ways and for me, this all was especially enchanting since it happened to have occurred during the time of Frost Falls (霜降)–the time traditionally associated with deer according to the Japanese calendar.

The time when Frost Begins to Fall (Approx. October 24th-Nov, 8th): Late October to early November is the time of year known for dewdrops turning to frost, and thereby announcing the approach of winter:

The above poem is taken from the classic anthology the Shinkokin-shu and was written on the first day of winter. In the poem, we find a poetess melancholy at the departure of autumn, as well as that of her lover whom she is seeing off on his way home. Anticipating the coming cold of winter- and of nights alone without him- she finds dewdrops (sad tears) on her sleeves.

The imagery of the dewdrops of mid-Autumn which, along with the moon, basically dominates the prior season is continued on with the frost through the Beginning of Winter. Frost was seen as another pleasing metaphor for mutability or evanescence, often used interchangeably with dewdrops; and the frost of early winter not only gives its name to the period from approximately the 24th of October until November 8th, but in fact, one of the traditional names in Japan for the Eleventh Month has been the Month of Frost (霜月).

The Month of Frost is known for the splendor of the changing leaves. This time of year is so beautiful in Japan.The ancients wondered what could have caused such moving beauty? The autumn leaves are known as momiji and the etymology of the word momiji, can be traced back to the belief that the autumn colors were somehow “rubbed out” (momidasu 揉み出す) of the leaves at that time of year. Perhaps it was the the gem-like dewdrops or the icy frost that affected this transformation, they wondered? Or maybe it was the long autumn rains that gradually seeped into the trees at night, staining the leaves all those vivid colors…

Another explanation– my personal preference– was that it wasn’t the dew at all which was to blame, but rather the tears of passing geese:

In addition to frost and dew, the autumn leaves are also associated with deer; which are often pictured playfully in paintings and on ceramics posed among the autumn trees. This association comes from the following very famous kokinshu poem:

At Okuyama,
fallen leaves under foot
and the sound, the sound
of a calling deer-
How sad is Autumn
Anonymous
Kokinshu 215

Deer, as well as boar and antelope are a native game animal of Japan, and long ago the meat of all three creatures was referred to collectively as “shishi.” As an important source of meat and therefore life, as well as for its destructive power over unguarded fields and crops, deer were venerated in a way analogous to the pig in ancient China as a respected creature which could be very useful to humans. Indeed, not only was the meat consumed, but its bones, coat, ears and antlers were all utilized by ancient people. It was written in the Kojiki (712) that deer served as attendants of certain gods, transporting them across the ocean much as Garuda is thought to function as the mount of the God Vishnu in Hindu mythology. The bones of their shoulder blades were used in divination whereby the cracks or marks left on the bones when burnt were “read” allowing the ancients to know their future good or bad fortune. Also, influenced by Chinese thought, along with the crane and turtle for example, the deer has long been associated with longevity and good luck and their ground antler was an important- albeit highly expensive- medicine used in the pharmacopoeias of East Asia in the treatment of all sorts of ailments.

From its sacred or totem-like beginnings, by the early Heian Period deer had become one of the principal symbols of Autumn:

From early Autumn well into late October is the deer mating season, and so their constant calling could be heard by the Heian Period poets echoing in the hills around the ancient capital evoking a feeling of cold loneliness already associated with this time of year- perhaps even more heart rending than the crying insects of mid-autumn.

And like the crying of the insects, the calling of deer was thought of as an apt metaphor for love-less, lonely Autumn nights: an audible sigh of loneliness coming from the hills…..