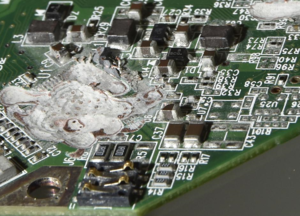 The Snowden Files: The Inside Story of the World's Most Wanted Man (Guardian/Faber & Faber, 2014) by Luke Harding is a hack job in the purest sense of the term. Pieced together from secondary sources and written with minimal additional research to be the first to market, the book's thrifty origins are hard to miss.

The Guardian is a curiously inward-looking beast. If any other institution tried to market its own experience of its own work nearly as persistently as The Guardian, it would surely be called out for institutional narcissism. But because The Guardian is an embarrassingly central institution within the moribund “left-of-center” wing of the U.K. establishment, everyone holds their tongue.

In recent years, we have seen The Guardian consult itself into cinematic history—in the Jason Bourne films and others—as a hip, ultra-modern, intensely British newspaper with a progressive edge, a charmingly befuddled giant of investigative journalism with a cast-iron spine.

The Snowden Files positions The Guardian as central to the Edward Snowden affair, elbowing out more significant players like Glenn Greenwald and Laura Poitras for Guardian stablemates, often with remarkably bad grace.

“Disputatious gay” Glenn Greenwald's distress at the U.K.'s detention of his husband, David Miranda, is described as “emotional” and “over-the-top.” My WikiLeaks colleague Sarah Harrison—who helped rescue Snowden from Hong Kong—is dismissed as a “would-be journalist.”