In just a few days Startup Tunnel (STun) will begin. Twenty-one young founders building nine startups over thirteen weeks. I'm in charge of this experimental incubator, which is backed not by Microsoft or Google, not by Valley money, nor even the Times of India, but by a motley network of entrepreneurs, technologists, professionals and consultants, who've come together and agreed to try and mentor these new companies. It's a lot like a snake eating it's own tail. There's every reason to be sceptical, every reason to worry, not least for all the talk of another tech bubble brimming, of which we ourselves might be the latest worrying sign.

The nine companies we are supporting do things like deliver services to your doorstep, allow freelancers to connect, improve sourcing and hiring for companies, integrate your social media feeds and allow health professionals to share information. It's a motley mix of different ends of the online economy, almost always addressing the professional and personal needs of urban elites — the global and connected middle class — of which there is now a critical mass not only in India, but also Indonesia, the Philippines, South-East Asia and other parts of the world, all now addressable from India.

I feel compelled to explain why I think incubators and accelerators like STun are a good thing. So much is written about the culture of Silicon Valley and how new wealth is creating new disparities there. Uber is the new ethically-challenged face of startups, not only in India, but everywhere else in the world. And the magnates of Sand Hill Road were among the first to slam Picketty's book, Capital in the 21st Century, for failing to understand how capitalism really works. I'm sympathetic to both sides, and often struggle to articulate my sense that these worldviews can be reconciled, that they're both right in different ways. I for one find Picketty's statistically-supported argument, that we are indeed living in a more unequal society, quite compelling. But I also sense, in a way that I can't yet defend, that the way for us to get to a more equal society is to find ways to funnel capital more effectively towards the kind of social and technical innovation that might envision and create newer better ways with which to navigate our everyday lives.

It's true that the ways in which young people imagine they will change the world is often somewhat narrow and self-referential. A better way to book bus tickets online or using your mobile phone for example. A platform to share your PowerPoint slides with other people. A way to download articles to your phone or tablet so you can read them later on when you longer have access to the internet. redBus, SlideShare and Pocket are some of India's most successful startups, which have resulted in multimillion dollar acquisitions and a global user base. They are helpful for those who are already living life substantially online and on mobile, but do nothing for the other four-fifths of humanity that has more pressing concerns about how to make a better living, manage their money better, get clean drinking water, cook without damaging their lungs, build themselves a toilet.

Even though the social and development sector is increasingly speaking a language of innovation, there is a large gap between the work that the Bill and Melinda Gates Foundation is supporting, for example, and the kinds of ideas we are supporting at STun. Our startups have to find success in fairly short order, maybe with a nine month outside limit. They have to discover audiences for services and solutions who can already pay, and entice them to begin engaging with their product or platform very quickly. Ideally, they should find their market without large overheads of marketing, advertising and customer engagement. It is somehow baked into the logic of a conventional incubator that they should not seek to address the large and intractable challenges of society, but make quick wins.

Even so, an economy in which there is a structured channel — a tunnel if you will — for energy, enterprise, ability and seed capital to be woven together into a new kind of solution for society, no matter how incremental, is a better economy than one where this mechanism is absent. I feel it is important for Startup Tunnel to work, not merely for the financial benefits to all those involved with it, but also so that the power and capacity to incubate new enterprises come to be better established in India. Once this capability exists, it should become easier to direct it towards the many social and developmental challenges that conventional tech startups do not address.

Startup Life, more so than any other mode of being and working, seems to me to be about falling forward in time, moving ahead, doing things in a better and newer way, often in a fugue of uncertainty as things are playing out and coming to take shape. This feeling of improvement and novelty is so hard to capture in quantitative terms, for it is ultimately a kind of collective fiction that is first created by the startup, which all of us customers, consumers and observers, eventually come to play along with, or in fact reject.

The point of an incubation program is that it is a ritually marked, tropic form of time. A junoon, a time of struggle and fever. After which, one has either come across to the another, more energized state of being, or else remains untouched, floating in nontropic, empty, purposeless time. It is also a time of focus and concentration for myself and the other mentors working with these startups. We have gathered together these precocious and ambitious young people in an unnatural concentration like exotic butterflies in an enormous jar. It will be valuable to observe their progress carefully and keep a record of our interactions with them. I intend to take detailed notes along the journey.

This is the first of a regular series of dispatches from the Startup Tunnel (@StTnL), appearing weekly on 3QD for the duration of the incubation program. 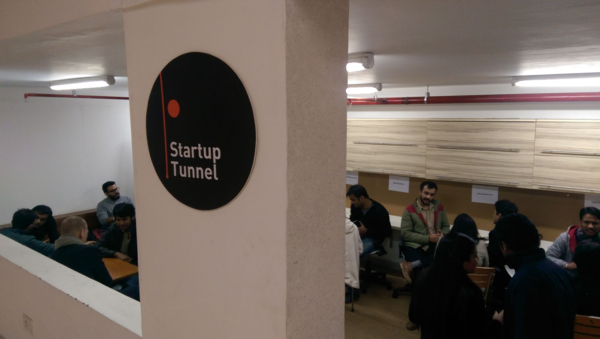