NB: This article, published two days ago, seems particularly relevant in light of today's horrific killing of more than a hundred schoolchildren in Peshawar, Pakistan.

Halima Mansoor in the Express Tribune: 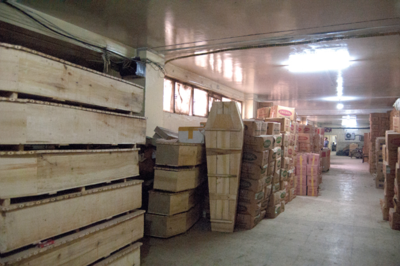 On the surface, Peshawar is acclimated to bomb attacks — the city witnessed 39 blasts up until November this year according to the South Asia Terrorism Portal. For a city which goes boom by the hour, unless frantic sirens follow and the death counter careens towards double digits, it seems perfectly okay to turn over in bed and go back to sleep after an attack.

However, what is less obvious at first glance is that the resting rate of the city has changed — the heart does not beat 60 or 80 times per minute but pounds in synchronicity with the reverberations of the blasts. This seems even truer for the 600-odd nurses at the Lady Reading Hospital (LRH) — the default hospital for all emergencies in the city — who watch over the city of flowers, their green thumb weeding out the bullets, snipping off the gangrene and building armatures and grafts for broken bones. As four senior LRH nurses recall their run-in with death and suffering in the wake of a blast, the effect of these traumatic experiences can be seen in their posture, gesticulations and the lines under their eyes.

“When a blast happens, the patients come straight to our casualty trauma room,” explains Nasreen Qayyum, the head nurse who has been working at the LRH since 1979. The trauma room is where the bulk of the aid is dispensed: first aid, IVs and even on-the-spot X-rays. As nurses triage patients, those in critical condition are sent onwards to surgery or the relevant ward. “We see the patient’s condition, how serious it is and treat them accordingly until they stablise or refer them onwards,” adds another nurse, Gulshanara. The trauma ward has at least five beds along with some space in the basement but victims are also shifted to regular wards in emergency situations. “We have even accommodated hundreds here [during catastrophic events] — that’s when we resort to doubling,” explains Nasreen, referring to the practice of having more than one patient on one hospital bed.