Scott Schuman is in India. On the 6th of November, he announced that he would be posting to his immensely popular fashion blog “The Sartorialist” from the cities of Mumbai, New Delhi, and Varanasi. I must confess that for a few minutes, I cursed my luck at being in the deep South and not on the fashionable streets of Mumbai and Delhi, where Mr.Schuman would most likely be lurking, camera in hand. Surely being spotted by Mr.Schuman would be the rightful validation of my many years of changing clothes four times in a row in order to get to the library? After all, academics, especially those in the fields of cultural studies and contemporary socio-cultural anthropology need necessarily to be fashionable I had often argued to myself. (Let the convenience of this categorization be conveniently ignored for now.)

My sartorialism is highly suspect in any case; dressing up for particular environments has always been a particularly harrowing task. Fashion never came easy. My sensibilities were shaped, first and foremost by a socialist secular republic of few choices and many cut corners. During childhood, a popular sitcom lampooned the state of the market thus; the titular character of Wagle Ki Duniya (Wagle's World), Mr.Wagle marks a festive occasion by procuring large quantities of the same bolt of cloth out of which emerge clothes for himself, his wife, his children, and the drawing room curtains. Despite this situation, I did marvel at the effortless beauty of my parents' and their friends' wardrobes, chiffon and polyester saris and factory uniforms. I, however, thanks to particularly unfashionable school uniforms and awkward teenage years, had no possibility of displaying either ingenuity or taste.

Graduate life in America brought forth another set of quandaries. While well schooled by now and comfortable in “Western” clothing, I longed uncharacteristically for loose cottons and salwar kameezes and allowed myself in the Texas heat to switch back and forth, even as I kept away from events conducted by the Indian Cultural Association. Neither their Diwalis nor their Holis held any attraction to my thoroughly disdainful anomic self. But those few kurtas declared my allegiance to some culturally specific India, and brought me attention nevertheless. Many years later, I was told that people had seen me as performing ethnicity for their benefit.

This particular charge of course makes perfect sense to any and all that have participated in the classically anthropological “encounter”. Unlike colonial anthropology that only describes this in terms of the meeting of the colonizer with the soon-to-be colonized, current accounts emphasize this in terms of any meeting of unknowns. The power relationship between these unknowns then plays itself out through previously accumulated knowledge and characterizations the burden of which is often required to be borne disproportionately by those having lesser power. Edward Said described and theorized this through the term “Orientalism”.

In latter years, I orientalized myself knowingly, answering amicably and often with great enthusiasm to questions such as these: “Tell me about your culture”, “Where is your accent from?” and “Can you explain the caste system?” My answers were caricatures of the questions, as was I. While I reveled in the performance of a crossover cosmopolitan, this constant request to explain others' oriental baggage grated on my nerves. But I consoled myself by virtue of the joy of performance, as also the more important reminder that in time-honored anthropological tradition, this also counted as participant observation. That America need not travel anywhere, and that instead it can count anything remotely foreign as an “encounter”, was important to know.

Personal narcissistic digression aside, academics ought, I think, to follow in the footsteps of Chimamanda Adichie and love ourselves some fashion. Many years ago, my fellow anthropology graduate students and I leafed eagerly through the pages of the New York Times Magazine that in 2008 chronicled the lives of “The Stylish and the Tenured”. Michael Taussig, Professor of Anthropology at Columbia University, featured prominent and resplendent. 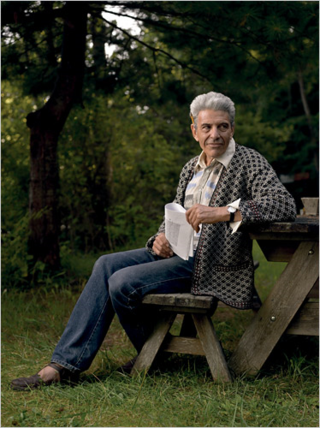 The question of dress/costume for anthropologists however, is a deeply troubling one. (The other problematic question of female academics and dress codes I will save for future column space. Just so you know, it involves advice such as that handed out by the popular blog “The Professor is In“.) We are known as a tribe to think hard about appropriate attire, especially at conferences involving other fellow anthropologists. To all purposes we are the standard-issue, cosmopolitan conference attendee; sharp but not too sharp, disheveled but just so, and in other words we believe in a carefully curated unkemptness. Those less than a decade old on the circuit knowingly snigger at colleagues from a different time who display attire mimicked, borrowed, and bought from their research subjects. We merely wear charms; an item here, some fabric there, and sometimes just our skins (native anthropology and such.) After the “Writing Culture” debates, we know better than to be overdetermined representations of the work we do.

So I thought I had it down, this combination of universality with just a hint of the particular. After all, hadn't Schuman himself stated the last time around that he wanted not to, “water-down my eye and take a lot of touristy “exotic” pictures”? But I then espied the pictures he displayed from this jaunt, and realized heart sinking that I was probably better off hiding in Chennai. The picture that I present as evidence of this belief is titled as follows: On the Street….The Untouchables, Delhi.It shows a slender woman, sweeping the street with a long broom, her head and face covered to save from dust.

The Sartorialist is a blog I have followed with keen interest for many years now. There has been vociferous critique of Mr.Schuman himself as being, to put it mildly, slightly unpleasant, sizeist, and churlish. But his blog remains one of the most popular ones on the fashion blog circuit, and he has a hundred and eight three thousand followers on Twitter. Despite obvious comparisons to the legendary Bill Cunningham's style of candid street photography, he is also known to, in his words, create “curated context“s and “altered reality”. After this photograph that I flag, I am nervous at my own adulation of his fashion sensibilities, and his deeply polarized world.

Schuman is a fashion blogger one might say. His most egregious crimes might be those of both ignorance and limited engagement with the world one might say. Why is he required to know better, one might ask. So let me gather my wits. The worst accusation I could level at him might well be this: By providing pictures without context, on a blog that declares to be devoted to “the idea of creating a two-way dialogue about the world of fashion and its relationship to daily life”, one cannot excuse its giving us bodies without history, not to mention a willful ignorance of the heavy burdens that names carry. The sign may well have been torn asunder of the signifier, and yet the sign bears relationship to a whole set of charged signifiers. Ask anybody that deals politically, academically, and in daily life with the continued and rampant existence of untouchability in India despite its illegality and ostensibly universal refusal, and complex stories will be yours for the taking. Except that this blogger clearly did not ask enough. The question to ask is this: How does somebody get to use the term “The Untouchables”, a term emerging only from and within a certain context sans consciousness and sans consequence? The answer might well lie in the large number of comments that follow this post, expressing sympathy for the subject, dejection at her plight, and disgust for the caste system. One commentator sums it up best and declares, “let's please have at least one place to go that is non political! I for one need the rest.” Another comes to the conclusion that, “I find the idea of being sad on behalf of people I don't know condescending. But in the case of Untouchables, I agree with Andrea. Sad life, beautiful picture.”

In this long-short tale, there are other anthropological journeys to be referenced of course. Anthropology's long sordid history of capturing knowledge before death and disappearance continues to find favor in projects such as Jimmy Nelson's “Before They Pass Away” that chronicles tribes as the “last resorts of natural authenticity.” 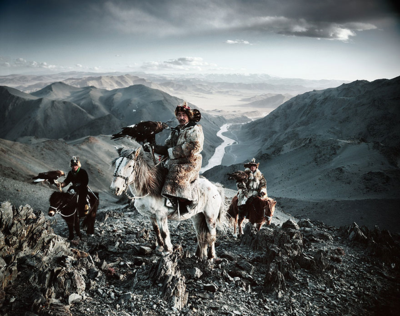 Before they Pass Away; © Jimmy Nelson

Lest this be misconstrued as another defence of a new India (“Why is he showing poverty and caste again?), my critique is not of the subject he choses to flag as much as how little engaged the picture is with its name. Neither a proper postmodernist nor a responsible modernist. What cheek. And such a good orientalist. Also, lest this be read as another attack against “foreign” co-optation of India's fair name, let me also flag a recent set of discourses emanating from the current ruling party that would have us believe that all modernity was always/ already pre-empted and played out through ancient Hindu texts. In the Barthes-ian sense, we thus move from myth into two different powerful narratives, each one increasingly hard to challenge. Schuman's signage, and Indian political posturing are but two sides of the same coin. Orientalism others, but it also breeds selfies of a different order. We will apparently never transcend postcoloniality. In the process, what of subjects themselves? Will they ever escape curation and petrification? And what of the complexity we give up in our hurry to assign name, meaning, and consequence? Large and long questions these.

But time is short, and I must now focus on thinking through my patronage of the sartorialist. All good anthropological tales end in continued and sustained relationships. This one I'm afraid is not going to be one of those. I suspect I will not be missed.