Fitzcarraldo: “As true as I am standing here, one day I shall bring grand opera to Iquitos.”

The incredible Sisyphean story of a man who wants to build an opera house in the middle of the Amazon rainforest in the late 19th century is only to be outdone by the crazy outlandishness of the man who decides to re-create the event a hundred years later in film.

Like a set of nested Russian dolls–each more mind-bogglingly conceived– the story's central metaphor continuously revolves around the theme of “man against nature.” This is a world where it is dreams that truly matter. And people move mountains in order to pursue their obsessions. So, to build his opera house, the hero, Fitcarraldo, has to employ hundreds of Indians to help pull a 320-ton ship over a muddy hill. But perhaps what is the most incredible part of the story is that Werner Herzog, in the making of his film about the historic ship-pulling, insists on physically re-creating the original challenges by struggling to capture on film the impossible task of having the local Indians pulling a real 320-ton ship over a mountain. His hell-bent will to veracity has made Herzog's film the stuff of legend.

And this is all very unexpected since film has never been an art much concerned with literal truth, being taken up solely by images. Not to mention that if all that matters is the “burden of his dream,” why doesn't Herzog employ the usual Hollywood devices of stage set and miniatures to evoke his story more poetically? Why does he seek to do the impossible and film actual people pulling a real 320-ton ship over a steep and very slippery hill in the most remote part of the Amazon –given the useless burden of doing so?

Alongside Herzog's wonderful memoir concerning the making of the film, Conquest of the Useless, I am reading a fascinating book about 17th century science, by Ofer Gal and Raz Chen-Morris. Exploring the intellectual compromises in epistemology that were generated by the rise of the “new science,” Baroque Science tells the story of Western philosophy's estrangement from the senses. In particular, it focuses on the inevitable denigrating of human vision and the disappearing observer in natural philosophy.

Of course, from ancient times philosophers had conceded that human vision cannot be trusted. It distorts and is prone to illusions. For just as the other senses mask with “tastes, odors and sounds…” so too is human vision fallible. This issue became particularly problematic with the rise of optical instruments in the 17th century, though, which allowed for the peering of the very far and the very small. The microscope and the telescope would have profound implications not just in advances in natural philosophy and art– but in epistemology as well, leading to the creation of Descartes' “eye of the mind,” whereby the eye of the mind was

modeled on but completely independent from the eye of the flesh

Optics came to be considered as being concerned not with human vision but with the nature of light itself. And, rather than augmenting human vision through the creation of lens and mirrors, these new instruments were thought to somehow bypass the human senses to allow the eye of the mind more direct and infallible observations, which were based on reason and math alone.

Galileo famously said that philosophy is written in the book of the universe in the language of mathematics. It was the telescope more than anything else that brought this epistemological conundrum into focus so to speak–calling our sensory knowledge into question in the process.And in this way, the new instruments were considered to be a mathematic extension of reason itself. In seeking to bypass the human senses, the new science led to the disappearing observer in science and to epistemological doubt in philosophy. With regard to the latter, if we are dependent on sensory information that is by definition faulty, then how can we know anything at all, wondered Descartes. And this problem of doubt has come to dominate Western epistemology down to today. 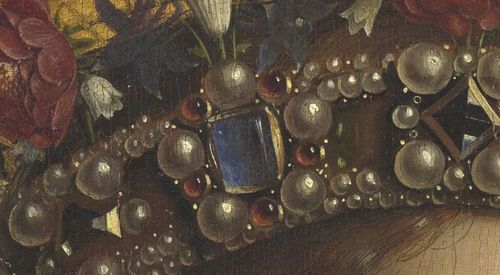 This late Renaissance estrangement of the flesh from knowledge is something which occurred mainly north of the alps, says the authors. It is also absent in much Asian philosophy, which mainly did not seek to bypass the senses vis-a-vis mind-body duality. “Vision pours in through the eyes,” said Dante, going straight to the heart. Even through our very breath, (or 気) we take inside (内）what is outside (外) and can thereby be affected by osmosis. In such non-dualist epistemology, what is then emphasized is not knowledge ex nihilo but rather a sensitivity or a receptive sensibility to the shared world around us. This is a partial rejection of a priori knowledge with a strong emphasis on inter-relational and inter-subjective knowing. Knowing as doing. Doing as being. 知行合一The emphasis on embodied knowing is perhaps why Asian philosophy is sometimes linked to quantum mechanics (where observer is intimate with observation). It has also been actively taken up in modern or contemporary Continental phenomenology.

The princess challenges the philosopher with two questions:

“But how can a scholar and a moral person preserve constancy and integrity in the face of a chaotic and corrupt political world?”
One wonders whether the answer to this wouldn't also be a good answer to her other question:
“What is the cure for annoyance and boredom?”

The book Baroque Science ends somewhat unexpectently (and the ending is the best part of the book, I think!) with a discussion of Descartes (origin to so many of the world's philosophical ills). Here, the authors discuss the philosopher's absolutely charming correspondence with Princess Elisabeth of Bavaria. One doesn't often think of Descartes as being playful or charming –and yet he is somehow reminiscent of Voltaire in the witty and erudite exchanges he had with the princess concerning mind-body duality. Cartesian dualism is simply not something the lady can abide with. And not just that either–for not only isn't she buying it, but she is no push-over in an argument, and the princess gives the philosopher a real run for his money! In the end, the authors of Baroque Science describe the very surprising move back to the senses that Descartes makes, persuaded no doubt by his princess.

Coming to see that knowledge gained from the senses if in fact more reliable (assuming that there is no evil deceiving demon at play), he then posits that a suitable ethical stance for scholars and savants such as themselves is to be fully ensconced in the world as an “involved, attentive and compassionate citizen of nature and society.” That is, Descartes concedes that knowledge found by pure reason alone is less likely to capture real truth and therefore in epistemology as well as in ethics, one should be engaged in the world with knowledge mediated by body and creative imagination. That is, one has to walk the walk and make it real.

With this in mind, I think Descartes and his princess would have greatly appreciated Herzog's brilliance in steadfastly refusing to follow the studio's demands to film his movie with a plastic boat streaming down a river. For to do so, insists Herzog, wouldn't have been true. In his memoir, Herzog explained that he went through all this unreal expense and trouble –not for realism's sake– but for truthfulness's sake. Dreams must be articulated, expressed and embodied, he says. And this is truth. Even if it is just the “the helplessness of dreams over the heaviness of reality.”

Detail from a Van Eyck (the painter whose eye functioned as microscope and telescope at the same time).