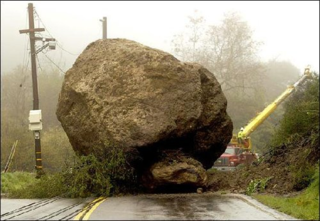 Denying the existence of the material world never goes down well. No matter how clever and compelling the arguments, most of us want to insist that matter exists – and as our insistence becomes more vehement, we start pounding tables, as if that will impress our interlocutors.

Time and again over the years, I have tried selling idealism to students through George Berkeley's arguments. “You know, all you ever experience are perspectives of the world, right? So what idea can you possibly have of a world existing in itself, independently of any perspective? None, of course. So why not dispense with it, and just believe in perspectives that are coordinated with one another?” No dice. They are unmoved.

And I have also tried the more Greco-Germanic route. “You know, the more we strive to understand the physical world around us, the more we end up expressing the world in mathematical structures and relations. So why not think of the world as a set of mathematical structures, and forget about the alleged 'matter' that is supposed to instantiate those structures?” Again, blank stares (thought perhaps it is because I used the word “instantiate”).

In any case, most of us feel a deep need to assert the reality of the material world. Indeed, some of us sneer at the idea of trying to go without it. “Good luck crossing the street,” some may advise a would-be idealist. “The cars might not share your philosophy.” But I wonder – what is behind this deep need? What does the idea of “matter” do for us to earn such dedication on our part?

The more I have thought about it, the more I am drawn to an “obstaclean” theory of matter. To put the theory as simply as possible: matter is ultimately stuff that gets in our way. Material objects are obstacles, pure and simple. We might want this or that, and so we embark upon some plan, but then – wham! Something gets in our way. We didn't plan for that, and we certainly didn't want it. It's there independently, on its own. That's what matter does. That's what matter is. It is the sh*t that gets in our way.

Granted, the idealists alluded to earlier can try to explain away obstacles as “mere ideas.” Berkeley would claim it is the active mind of God which decides to send into our lives ideas of obstacles. But, according to my theory, as soon as Berkeley makes this claim, he has reintroduced matter into his philosophy. He might insist that the obstacles are still just further ideas, but since they originate from some independent source that does not regard of our own wills and desires, they gain a “stand-alone” significance that marks them as material objects. He can insist upon their ideal nature all he likes, but if they are obstacles to me, they are material.

Same goes for other idealists like Plato, though something additional emerges here. The problem with claiming that reality is a purely mathematical structure is that there seems to be no purely mathematical reason for any object to become an obstacle for another object. Granted, once there is “obstacle-arity,” we can model it. But that obstacles should arise in the first place is what doesn't fit. Obstacles are brutish, contingent things – they pop up for little or no reason – and that is what makes them strangers to any purely mathematical metaphysics.

The additional thing emerging here is matter's brute contingency, and that is the element that explains why we like materialism so much. The coldest lesson of life is that some events unfold in the most brutally contingent ways. There are myriad accidents, tragically late or early arrivals, and catastrophically perfect storms, and they all crash upon our lives with complete indifference. To grow up is to learn this. There can be no grown-up metaphysics of the world that does not take that complete indifference and turn it into a significant and real thing: that is, a material object, or what a lawyer might call “a material cause,” or grounds for legitimate complaint.

According to the obstaclean theory, being material has more to do with the role a thing plays in our explanations than any “in itself” quality or feature. When something represents forces of brute contingency in our lives, that makes it material. This is a virtue of the theory, since no one has really been able to describe “matter in itself” to anyone's satisfaction. Philosophers end up defining it as the underlying “stuff” that has properties, or form, or that instantiates forms. But that's a Rorschach sort of definition which tries to define a negative space by charting the positive space around it. We need that negative space because we need to have something there that is independent of our own designs.

Otherwise, we'll never be able to explain why things don't turn out as they should. Matter, in the end, is the atheist's solution to the problem of evil.