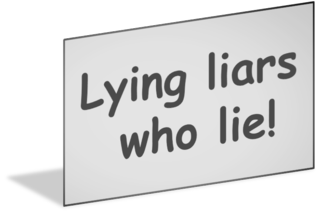 Privacy; Do we have it? If we don’t, should we care? With the news today that the NSA is now collection millions of faces from web images and using face recognition software on them, I think the answer to the first question is clearly, no. But of course, the NSA, at least in this instance, is only making use of digital images of ourselves that we’ve allowed to proliferate on the web. For the all the ballyhoo about government spying, most of us are our own worst enemies. Most people in the Western world, me included, have huge digital footprints. Probably bigger than we even realize. I remember the early days of admitting that I regularly Google myself and the titters as if that was a vaguely dirty thing to do. But honestly, anyone who doesn’t regularly check to see what is out there about them is foolish.

And I don’t just mean Google your name, Google your photos and your phone number. It’s amazing how many people discount those last two. I do a fair amount of online dating these days and I usually do some preliminary searches on men that I’m considering meeting – I honestly consider this a very basic safety precaution. And it’s amazing what I can find in about 20 seconds. People tend to use the same photos for multiple purposes, so the photo that cute guy has used on Match.com is often also the same photo he uses on his LinkedIn and Facebook profiles. And what do you know, when I Google that photo and find his Facebook page, I see what a charming couple he and his wife Susan make and how thrilled they are to be celebrating their 10th wedding anniversary.

People are quick to give their phone numbers away, but many seem not to realize that if they’ve ever posted that number somewhere, on a bulletin board, on EBay, on Twitter, that number is going to link right back to who they are. It never ceases to astound me how easy it is to get some pretty identifying information on people very quickly and easily. It particularly amazes me when these people are clearly trying to cheat on a spouse or are lying about some other aspect of their lives. I cannot tell you how many men contact me online who are using photos of Bollywood actors as their profile photos and passing them off as their own. Yes, Bollywood actors seem to be the fake photos of choice, not sure why. I’m guessing that it’s because they’re usually good looking guys who aren’t well known in the west so men think they’ll get away with the lie. My one exception to this was the “gentleman” of a certain age who used a photo of John Gotti! And if you say that you’re Peter from New York who works in sales and I Google your photo and find it on the online bio of a neurology researcher who lives in California, I’m probably going to get suspicious and decline that friendly glass of wine you’ve offered.

So what? People lie, they always have. I read a female writer’s blog about dating where she has a great phrase, “lying liars who lie”. And there’s nothing new about that for men and women. What is new is how easy those lies are to expose most of the time. I started pondering the more far reaching aspects of this all this week with the EU ruling that Google should allow some people’s information to be “forgotten” under certain circumstances. It’s an interesting debate, pitting our right to the free flow of information that many of us now take for granted, against individuals right to privacy. As the NYTimes articles says, “In the United States, the court’s ruling would clash with the First Amendment. But the decision heightens a growing uneasiness everywhere over the Internet’s ability to persistently define people against their will.” It’s still rather vague what information will be consider appropriate for purging, but does seem to err on the side of viewing “that a search engine “as a general rule” should place the right to privacy over the right of the public to find information.”

And honestly, I don’t know how I feel about this. On the one hand, if my teenage daughter is silly enough to post drunken photos of herself on Facebook at some point, I’d like to think that it’s possible that those photos wouldn’t haunt her for the rest of her life – lord knows, I think all of us who grew up pre-Internet are very happy that we never had to live with the possibility of our youthful indiscretions following us around forever.

On the other hand, my rule of thumb is to not put anything out on the web, including on dating sites, that I wouldn’t be comfortable with my kids stumbling upon and I realize that by using social media I am voluntarily giving up some of my privacy and I can live with that. I choose to write for this blog on a regular basis even though I realize that it exposes me to a certain degree and increases my digital footprint and so reduces my privacy. But it’s a price I’m prepared to pay.

And of course, I benefit from being able to verify some baseline information about the people I come into contact with online and I don’t want to lose this ability. The Times article continues and quotes an LSE law lecturer on the question of how much effort the search engines will make to investigate complaints and requests for the removal of information, “I expect the default action by search engines will be to take down information,”. This is worrying. It starts to feel like the default action will be in favor of censorship, “While the ruling likely means to offer protections, our concern is it could also be misused by politicians or others with something to hide”, said the head of the Brussels office for the Computer and Communications Industry Association. And there’s the rub isn’t it? I wouldn’t try to take anything off the web because I have nothing to hide. I represent myself accurately online to the best of my ability, including to men I might date. I don’t need to rewrite history and I’m concerned about giving other people the ability to rewrite theirs; particularly if their right to privacy comes at the expense of my right to information and truth.