In his middle to late thirties (over the years 1679-85), Gottfried Wilhelm Leibniz spent more than three years in his visits to a silver mining region in the Harz mountains. He believed he could devise new and more efficient ways of pumping water out of the deep shafts, enabling miners to dig even deeper and extract more silver from the earth. Had he succeeded, he would have doubled his salary and freed himself from the drudgery of his service to the House of Brunswick.

But this effort wasn't just a ploy to gain financial independence. He had a bigger plan in mind. Indeed, Leibniz always had bigger plans in mind. He was born into the aftermath of the Thirty Years' war and he believed his genius could go some way toward healing Europe's countless fractures. And so he wrote theological works aimed at convincing Catholics and Protestants that the differences among them were not so big after all; he wrote political works advocating for unity across Christendom; and he wrote logical and scientific works aimed at truth, or course, but also aimed indirectly at supplying a common foundation to learned societies across Europe.

The project in the Harz was meant to play an instrumental role in these ambitions. Had it succeeded, the money would have gone to support one of Leibniz's greatest dreams: the development of a characteristica universalis, a rigorous calculus of pure concepts that would itself be a lasting theoretical framework for constructive dialogue among scientists, philosophers, theologians, and politicians across the planet and, indeed, for all time.

The Harz mountains had been mined for centuries, and by Leibniz's day the easy silver was mostly gone. The only way for more silver was down, and down meant more trouble pumping water out from the dark shafts. Early miners had lifted the water out by passing leather buckets up to the surface. Rag and chain devices and chains of dippers were developed next, but they were effective only to a depth of 60 meters or so. Pumps were installed in the mines around 1565 and they proved to be much more effective, but there was the problem of securing a lasting source of power for them.

Enter Leibniz. Actually, enter a cluster of engineers, with Leibniz among them, all competing with plans to be decided upon by the duke of Brunswick-Lüneborg, Ernest Augustus, who ruled over the region and was also Leibniz's direct employer. One of the engineers, Peter Harzingk, cleverly proposed using windmills to pump water from lower ponds to higher ponds, and then using the water from the upper ponds to power waterwheels to then drive the pumps that pulled water from the shafts. But after surveying the proposal, Leibniz argued that the plan could not possibly work, due to cumulative losses through friction and evaporation. He insisted that he could do better if given the chance, and his duke gave him free run of one of the mines, the “Dorothea Landeskron“, to see what progress he could make. 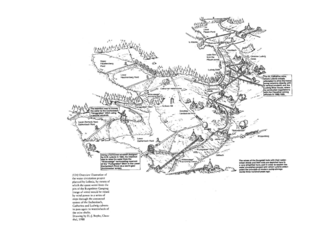 Surprisingly, Leibniz's “better” idea turned out to be just Harzingk's original plan. (Harzingk cried foul, but the poor man died before he could advance his complaint to any effect.) So Leibniz began to set up his windmills and pumps. But the wind did not cooperate and the devices wouldn't work. Leibniz kept pouring his own time, money, and intellectual energy into the project despite the fact that the local mining experts evidenced a complete lack of enthusiasm for the ambitious plans of a man more at home in a library than in a mine. After five years, and after exceeding his budget sevenfold, some tests were performed. But matters were complicated and no one could agree on what the tests showed. No one could even agree as to whether the whole fandango resulted in profit or loss. The duke pulled the plug on Leibniz's experiment in 1685.

But it is not as if Leibniz had nothing to show for his activities over 1679-85. Of course, he did not spend all of his time antagonizing the miners in the Harz. He traveled to Hanover and Munich and other cities, and he spent countless days in carriages en route from one place to another. And Leibniz was not one to let a single moment go to waste. Over these years, Leibniz offered a detailed proposal for a centralized medical system, with provisions for insurance. He also proposed a centralized state system for education. In what turned out to be a lifelong project, he began work on a vast history of the Guelfs and the House of Brunswick (an effort to support his duke's claims to various lands). He found time to compose a lengthy satirical work urging the king of France (Louis XIV) to attack Muslims rather than other Christian nations. And – among these works and others – he also composed many of the ingenious works for which he is now famous: seminal works in physics, theology, logic, and metaphysics, including his classic Discourse on Metaphysics. All of these efforts went above and beyond his day job presiding over the ducal library in Hanover, as well as tending to his voluminous on-going correspondence with intellectuals across Europe.

Moreover, the adventure in the Harz had given him material for new projects. The geologic features exposed by the mines fascinated him, so he set to work on a geologic history of the earth, which came to be titled “Protogaea” (recently published; see below). The Harz also afforded him the chance to hear dialects of German he hadn't heard before, and so he set about working on a treatise on the historical development of German linguistics. Rare was the day in Leibniz's life which did fill him with new projects or treatises dedicated to the advancement of human knowledge and society.

Leibniz did return to the mining project later, over the years 1692-96, when he was in his late forties. He still believed he could help to improve efficiency, and he devised new methods for lifting water from the shafts and for harnessing the excess heat generated during the smelting process. But by this time the mining authorities knew better than to listen to any of his proposals and the duke had lost patience with this royal librarian who busied himself doing everything other than was he was actually employed to do. Some historians have insisted that some of Leibniz's innovations came to be useful later – but one suspects they're only trying to be nice. The evolution of mining technology proceeded apace regardless of Leibniz's contributions.

The plain fact is that, as the experts saw right away, Leibniz just wasn't bergverständig – he didn't know mining from the inside, so to speak, and his noble intentions and unparalleled theoretical knowledge did not help to coax more silver from the cold stone. As much as we might like to encourage a myth of genius – where someone like Newton or Einstein or Leibniz enters into a practical endeavor and shines godlike illumination on everything – the sober truth is that in most practical matters the ones who know best are the ones nearest the ground – or actually in it, in this case. Geniuses are well-advised to keep to what they know, whether it is the mystery of gravitational attraction, the relativity among frames of reference, or the universal calculus of concepts. Pumping water out of deep holes should be left to the experts.

Sources (though not to be held accountable for my mistakes):

Leibniz, G. W. Protogaea. Edited and translated from the Latin, with an introduction, by A. Wakefield and C. Cohen. Chicago: University of Chicago Press, 2008.