Over at the BBC's Save Your Kisses for Me blog, Adam Curtis makes the case:

In May 1960 a group of Mossad agents kidnapped Adolf Eichmann in Argentina. They drugged him and flew him to Israel on an El Al plane disguised as a member of the plane's crew.The kidnapping was a world-wide sensation because Eichmann had been one of the main organisers of the Final Solution – the mass extermination of the Jews. 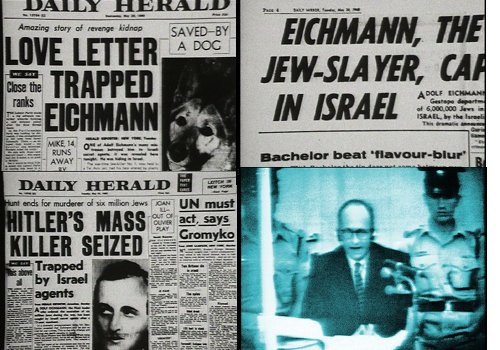 A year later the Israelis put Eichmann on trial in Jerusalem. He was encased in a bulletproof glass booth – and it became a powerful image of this terrifying figure who had organised the Holocaust sitting on show in the midst of the new state of Israel. 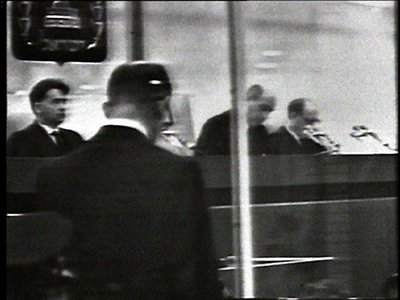 A number of historians have argued that Eichmann's trial created an enormous shock to Israeli society because for the fifteen years after the second world war no one in Israel – or in the Jewish communities in America – really talked about the Holocaust. It was if it was forgotten and wiped.

Hundreds of thousand of survivors from the death camps came to Israel, but the mood among them was to look towards the future – turning their faces towards a better future promised by the Zionist dream, and trying to forget the horrors of the past.

Above all they didn't want to be seen as victims in an optimistic age. The leader of the American Jewish Committee wrote that

“Jewish organizations should avoid representing the Jew as weak, victimized and suffering” Because it reinforced “long ingrained stereotypes – the hunted wanderer, inured to universal hatred and contempt“

Other historians have challenged this argument – and it can quickly lead into the dead end of arguments about how the memory of the Holocaust has been used and abused.

But I have found a really interesting film shot in Israel in 1961 during the Eichmann trial. It asks ordinary Israelis – including some on a kibbutz – what they feel about Eichmann and his effect on their world. Some approve – but the majority feeling is that this should have been forgotten – and is doing real harm to the new country of Israel.

But that was only the beginning of the terrible corrosive effect Eichmann was going to have not just on Israeli optimism about their society – but on the whole western liberal belief that human beings could be transformed for the better.