Tomorrow, one of the greatest series in television history, The Wire, begins its last season.  Bonnie Goldstein in Slate [h/t: Dan Balis]:

The fifth and final season of HBO’s award-winning series The Wire debuts Sunday evening. Its theme is the declining influence of the press. In August, as shooting was about to wrap for the last episode, the exhausted production crew and cast were advised they would have to rehearse and tape an unexpected additional four-page scene (see below and the following three pages). Although there was mild “grumbling,” series creator David Simon told the Baltimore City Paper, “everyone acted professionally.” Inexplicably, the scene will not be aired. 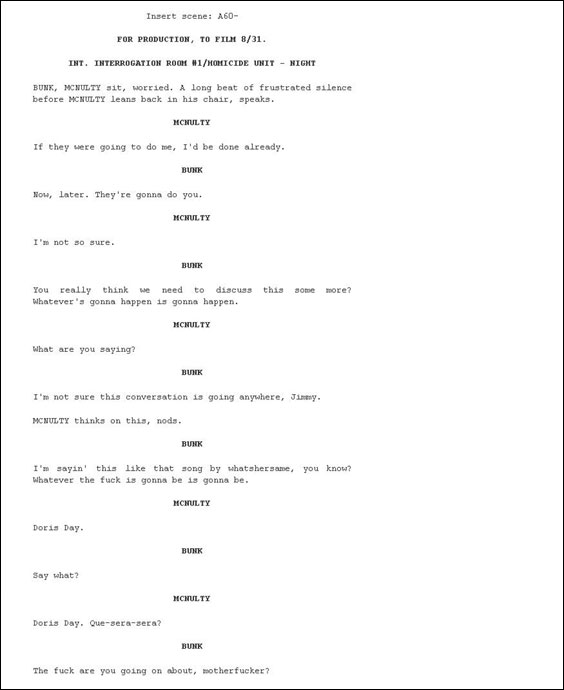