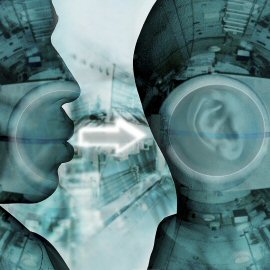 Now that scientists are readily identifying genomic changes due to selective pressures, what’s next? Would it be too far fetched to suggest that social pressures could affect brain function at a genetic level? At least one study has identified collective behavioral differences between Western cultures like the United States and China, possibly suggesting the beginning of brain divergence among humans.

The study, from the University of Chicago, makes the claim that people living in the United States have difficulties with accepting another person’s point of view, which they put down to US culture prizing individualism. They say that in China, where a collectivist attitude is encouraged, quite the opposite is true, with Chinese citizens being much more in tune with how others are thinking. As a result, the researchers argue that there may be more scope for communication confusion among Western citizens relative to citizens of China. “Members of these two cultures seem to have a fundamentally different focus in social situations. Members of collectivist cultures tend to be interdependent and to have self-concepts defined in terms of relationships and social obligations,” says Boaz Keysar, a Professor in Psychology at the University of Chicago. “In contrast, members of individualist cultures tend to strive for independence and have self-concepts defined in terms of their own aspirations and achievements.”