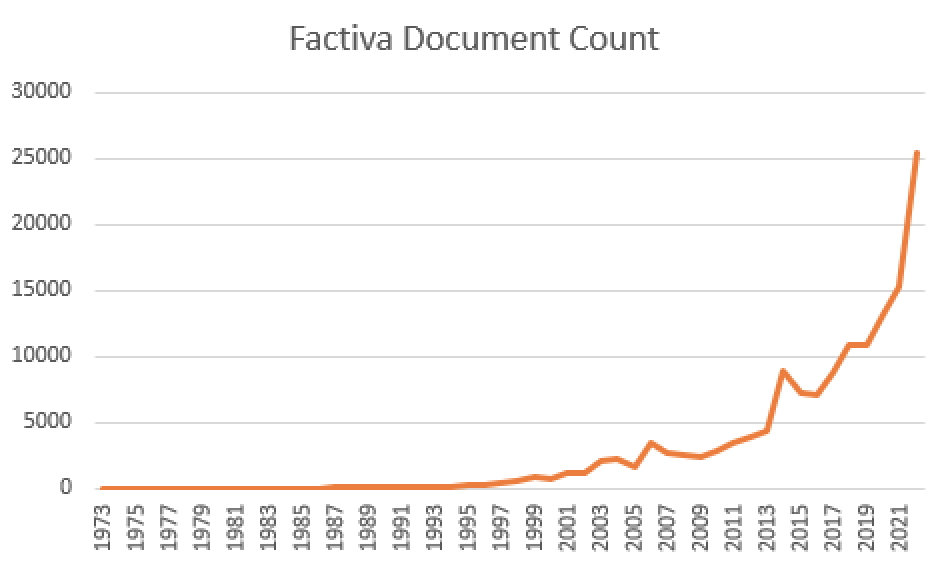 Today everyone talks geopolitics. The idea is infectious. It appears to come from nowhere. Twenty years ago, the term was exotic, and the meaning behind it quaint. The world was different then. In 2002, America Unrivaled – a book edited by my Princeton colleague, G John Ikenberry, the foremost exponent of the idea of liberal internationalism – asked why there was so little resistance from other countries to American power projection. That was when the momentum in the United States for an attack on Iraq was building up. The contributors argued that there was no balancing against the unipolar moment that had been created with the disintegration of the Soviet Union: in short, no geopolitics. That changed in the course of the 2000s, and the word ‘geopolitics’ began its road to a dominance of political discourse.

There are simple numerical indicators (see Figure 1 below). A compilation of all newspaper uses of ‘geopolitics’ in English-language publications shows a remarkable increase, in two surges, one after the 2007-08 global financial crisis, and the second after 2014-15, in the aftermath of Russia’s annexation of Crimea and the European refugee crisis that followed the Syrian war.