Socialism is in crisis. Until a few years ago, this mantra kept being repeated and a terminally ill 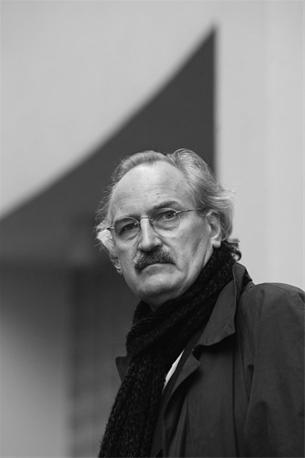 sickness was constantly diagnosed for the once powerful idea. And still, after the impressive Sanders campaign of 2016, the electoral success of Jeremy Corbyn in the 2017 general election, as well as the – for many – surprising victory of Alexandria Ocasio-Cortez in the democratic primary in New York, writers continue to assure us that the idea is, if not dead, having serious problems. In any case, the idea of socialism seemed until recently a relic of the industrial past with little to say about contemporary society.

In his brief book “The Idea of Socialism: Towards a Renewal”, which first appeared in its German version in 2015 and then again in 2017, appended with 2 talks given during award ceremonies, Axel Honneth attempts to update socialist ideas for the 21st century. Honneth observes that what once was an idea to inspire enormous popular movements and demanded to be taken seriously even by its most ardent detractors, has lost almost all of its force. The formulation of socialist utopias, if it has not ceased to exist entirely, has become rarer and their attraction diminished. To cite Jameson: “(…) it is easier to imagine the end of the world than to imagine the end of capitalism”[i]. Honneth, a current descendent of the Frankfurt School and drawing inspiration from Hegel, Dewey, and Habermas, thus raises the question of why the idea of socialism has lost its ability to unveil the reification of the status quo.

For Honneth, while the fall of the Soviet Union certainly put an end to any really existing alternatives to capitalism, part of the reasons for socialism loss of power are inherent in the ideas theoretical origins. His aim, then, is two-fold: to reconstruct the genesis of the idea of socialism in order to understand both its intrinsic and its extrinsic historical shackles that keep it tied to the 19th century.

The book is divided into 4 chapters. The first two chapters trace the historical development of socialism up to the young Marx and subsequently aim to identify aspects of the idea that are owed to its origin in the industrial lifeworld of the early 19th century. The second two chapters show ways in which the original idea should be modified in order to make it fit for contemporary society.

The early proponents such as Saint-Simon, Owen, and Fourier, as well as their followers, developed their ideas in the shadow of the French Revolution. The ideals of Liberté, Egalité & Fraternité still not realised, they sought to achieve them by subjecting the economic sphere to the social will. That is to say that the economy should be made to work for the people, rather than the other way around. In fact, it became clear that this triad was in itself contradictory: freedom of the individual had to be restricted to make room for equality and fraternity (i.e. solidarity in more modern terminology). Nonetheless, according to Honneth, the first crucial error in these early approaches was their fixation on the economy, which let the potential of democratic politics to realise the goal of “social freedom” slip from their attention[ii]. Subsequent developments of the idea only aggravated this pre-occupation with the economy. However, some critics have mentioned that Honneth seems to brush aside efforts by early socialists to address grievances outside of economics: “Fourier had proposals to tackle problems well beyond economics: the isolation of the elderly, the suppression of women’s intellect, the punishment of children, boring work, lack of self-esteem, sexual deprivation, the cultural monopoly of Paris vis-à-vis the provinces, the practice and glorification of war, and much else still rankling in the twenty-first century.”[iii]

The idea of “social freedom” arises as a possible solution to the conflictual triad of liberty, equality, and fraternity. Honneth already discussed this idea in his earlier Freedom’s Right, to whose critics the book under review forms a kind of reply. He distinguishes it from negative freedom (the freedom not be to interfered with) and reflexive freedom (moral self-determination)[iv]. Rather, it is to be understood as freedom that incorporates the ideal of solidarity: it “(…) means taking part in the social life of a community whose members are so sympathetic to each other that they support the realization of each other’s justified needs for each other’s sake.”[v] This is a crucial concept for Honneth, as for him it is close to the core of the idea of socialism.

The second major flaw, according to Honneth, stems from socialism’s concentration on the proletariat as the revolutionary subject, especially in the Marxist writings. The proletariat, by and large, simply did not fulfil the role envisioned for it. More importantly, for Honneth, this theoretical ascription of a revolutionary consciousness allowed to see the interests and desires, which the socialist theorists aimed to justify, as already objectively existing. Hence no need for an experimental inquiry of the real desires of the working class. In addition, “Once the revolutionary proletariat disappeared and the industrial working class had become a minority among wageworkers, it became impossible to view socialist ideals as the intellectual expression of an already existing revolutionary subject.”[vi] The third fatal error, according to Honneth, was the assumption that socialism was imminent and inevitable. This, together with the previous misconception, implied a dismissal of different approaches and prevented socialism to adopt to a different, post-industrial context.

After presenting this analysis of the faults of the idea of socialism, Honneth moves in the last two chapters on to sketch ways in which these mistakes could be remedied. Here, he focuses on two main aspects: experimentalism and democratic lifeform. Under the former heading, he suggests that development of (socialist) alternatives to the capitalist order should progress in small steps. Furthermore, the plurality of proposals should be subjected to continuous testing, instead of a premeditated one-fits-all solution. This, of course, is a logical consequence of abandoning the idea of a revolutionary subject. If there is no longer one part of society with a privileged knowledge of what the alternative to capitalism should look like, one option is to try and test different options. Indeed, as Piromally succinctly writes: “Honneth calls upon the interested subjects to take part in a common enterprise of theoretical refinement and practical experimentation of the socialism to come.”[vii] Here the inspiration he draws from Dewey becomes clear. The second reform concerning a democratic life form suggests that the experiments and the socialist progress should be anchored in democratic procedures. In other words, it should be pushed and controlled by the people affected by it.

While the first two chapter of historical analysis make for an interesting read, the second two chapters lack in details and, because they fail to mention challenges of contemporary society, are somewhat disappointing. This can partly be explained by the theoretical renewal envisaged by Honneth. Nonetheless, it would be desirable for any such renewal to consider the particular problems and opportunities contemporary society faces: climate change, globalisation with simultaneous resurgence of nationalisms, and digitalisation, to mention but a few.

A second, more substantial point is that Honneth’s suggested renewal seems to brush over the often conflictual nature of struggles for liberation. In the light of what it takes for some fights for recognition and equality to be accepted as valid movements of emancipation, the picture Honneth paints of quiet, peaceful social experimentation and empathy appears somewhat naïve. To put it differently, Honneth here shares much of the liberal faith of Habermas, which especially in the current political climate seems misplaced. Yet, such a critique is not sophisticated enough. For while this conflictual nature is not clearly elaborated in Honneth’s view, maybe potential for it can be found in the concept of “social freedom”. Since the concept stems from an attempt to conciliate the revolutionary triad, it acknowledges that individual freedom sits uneasily with the demand for solidarity. If this conflict, which is also a conflict of recognition, is made an active component of the idea of social freedom, a more radical version of Honneth’s experimentalism becomes available. It would allow to understand the forces which work against emancipation and thereby provide crucial critical tools. It thus contains the potential to account for the conflicts liberation necessitates.

The resurgence of left movements shows that socialism is not dead, that there is an appetite for an alternative to capitalism or at least for the version of capitalism currently available. Honneth’s renewal of the old idea raises great expectations and is a welcome addition to the debate. In particular, his analysis of the historical genesis and identification of aspects tying it to the 19th century are insightful. Yet, when it comes to sketch ways of renewal, the proposal would benefit from more details and elaboration. In addition, it would be curious to see how this reconceived socialism approaches the big problems, challenges and opportunities of our times.

[i] (Jameson, 2003) It is not certain to whom we owe this observation. Even Jameson does not give a clear attribution for this often-repeated citation, but only talks of “somebody”.

Christensen, M. E. (2018). The Idea of Socialism by Axel Honneth (review). Transactions of the Charles S. Peirce Society: A Quarterly Journal in American, 105-109. Retrieved from https://muse.jhu.edu/article/698239