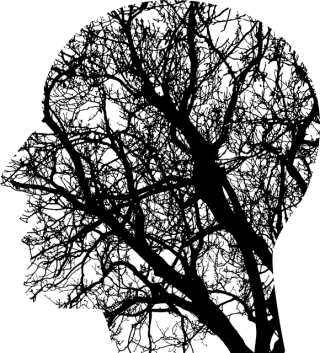 Can neuroscience help identify individuals who are most prone to engage in violent criminal behavior? Will it help the legal system make decisions about sentencing, probation, parole or even court-mandated treatments? A panel of researchers lead by Dr. Russell Poldrack from Stanford University recently reviewed the current state of research and outlined the challenges that need to be addressed for "neuroprediction" to gain traction. The use of scientific knowledge to predict violent behavior is not new. Social factors such as poverty and unemployment increase the risk for engaging in violent behavior. Twin and family studies suggest that genetic factors also significantly contribute to antisocial and violent behavior but the precise genetic mechanisms remain unclear. A substantial amount of research has focused on genetic variants of the MAOA gene (monoamine oxidase A, an enzyme involved in the metabolism of neurotransmitters). Variants of MAOA have been linked to increased violent behavior but these variants are quite common – up to 40% of the US population may express this variant! As pointed out by John Horgan in Scientific American, it is impossible to derive meaningful predictions of individual behavior based on the presence of such common gene variants.

One fundamental problem of using social and genetic predictors of criminal violent behavior in the legal setting is the group-to-individual problem. Carrying a gene or having been exposed to poverty as a child may increase the group risk for future criminal behavior but it tells us little about an individual who is part of the group. Most people who grow up in poverty or carry the above-mentioned MAOA gene variant do not engage in criminal violent behavior. Since the legal system is concerned with an individual's guilt and his/her likelihood to commit future violent crimes, group characteristics are of little help. This is where brain imaging may represent an advancement because it can assess individual brains. Imaging individual brains might provide much better insights into a person's brain function and potential for violent crimes than more generic assessments of behavior or genetic risk factors.

Poldrack and colleagues cite a landmark study published in 2013 by Eyal Aharoni and colleagues in which 96 adult offenders underwent brain imaging with a mobile MRI scanner before being released from one of two New Mexico state correctional facilities. The prisoners were followed for up to four years after their release and the rate of being arrested again was monitored.

This study found that lower activity in the anterior cingulate cortex (ACC- an area of the brain involved in impulse control) was associated with a higher rate being arrested again (60% in participants with lower ACC activity, 46% in those with higher ACC activity). The sample size and rate of re-arrest was too small to see what the predictive accuracy was for violent crime re-arrests (as opposed to all re-arrests). Poldrack and colleagues lauded the study for dealing with the logistics of performing such complex brain imaging studies by using a mobile MRI scanner at the correctional facilities as well as prospectively monitoring their re-arrest rate. However, they also pointed out some limitations of the study in terms of the analysis and the need to validate the results in other groups of subjects.

Brain imaging is also fraught with the group-to-individual problem. Crude measures such as ACC activity may provide statistically significant correlations for differences between groups but do not tell us much about how any one individual is likely to behave in the future. The differences in the re-arrest rates between the high and low ACC activity groups are not that profound and it is unlikely that they would be of much use in the legal system. So is there a future for "neuroprediction" when it comes to deciding about the sentencing or parole of individuals?

Poldrack and colleagues outline some of the challenges of brain imaging for neuroprediction. One major challenge is the issue of selecting subjects. Many people may refuse to undergo brain imaging and it is quite likely that those who struggle with impulse control and discipline may be more likely to refuse brain scanning or move during the brain scanning process and thus distort the images. This could skew the results because those most likely to succumb to impulse control may never be part of the brain imaging studies. Other major challenges include using large enough and representative sample sizes, replicating studies, eliminating biases in the analyses and developing a consensus on the best analytical methods. Addressing these challenges would advance the field.

It does not appear that neuroprediction will become relevant for court cases in the near future. The points outlined by the experts remind us that we need to be cautious when interpreting brain imaging data and that solid science is required for rushing to premature speculations and hype about using brain scanners in court-rooms.