On 2nd Avenue, just south of 9th Street at No. 140-142, sits one of the East Village’s oddest structures. Clad in metal and adorned with Cyrillic lettering, the building sports a slightly downtrodden and forbidding look, seeming dropped into the neighborhood from some dystopian sci-fi thriller.

In reality, for the last half century the building has housed the Ukrainian National Home, best known as a great place to get some good food or drink. But scratch the surface of this architectural oddity and you’ll find a winding history replete with Jewish gangsters, German teetotalers, jazz-playing hipsters, and the American debut of one of Britain’s premier post-punk bands, all in a building which, under its metallic veneer, dates back nearly two centuries. 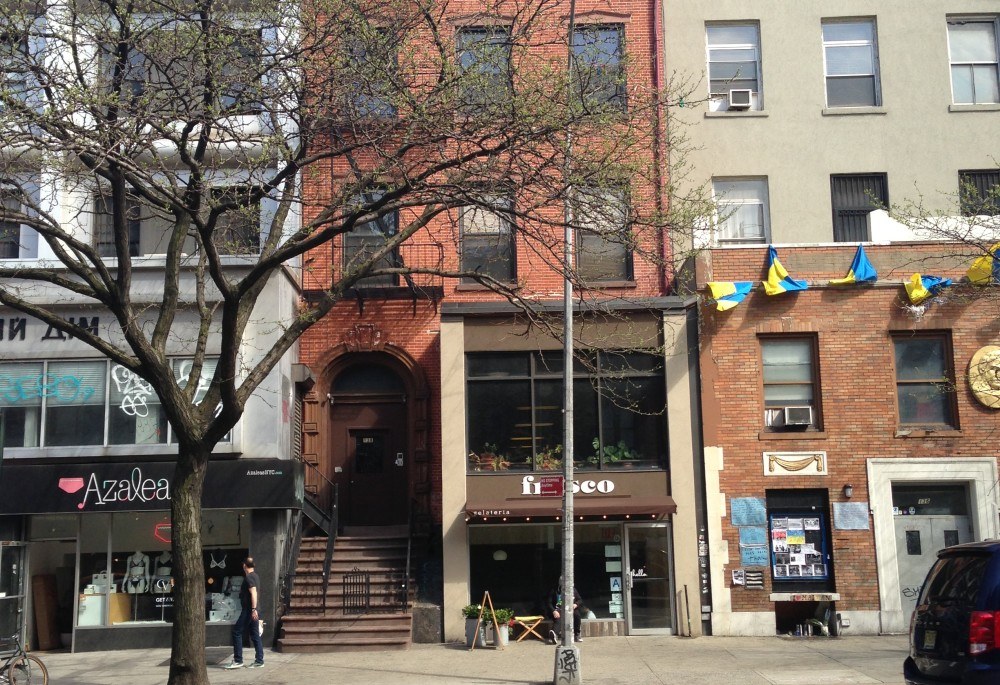 The exact date of construction of 140-142 Second Avenue is not known, but evidence indicates it was built around 1830. Then one of New York’s most fashionable streets, this stretch of Second Avenue had been part of Peter Stuyvesant’s farm, which after his death was divided among his heirs. In the early 1830s, urban development reached this area, and stately federal-style single-family homes were built for successful merchants along this street and nearby St. Mark’s Place. 140-142 Second Avenue was probably first constructed at this time as two such houses, which likely looked very much like nearby 4 St. Marks Place. It also probably looked a lot like its neighbor to the south, 138 Second Avenue, before it had a full fourth floor added in the late 19th century and a two-story commercial addition in front in the early 20th century.