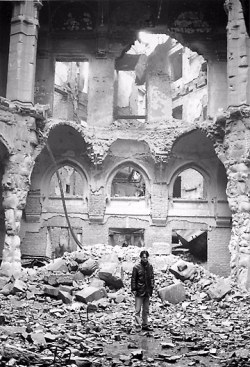 Last November in Vienna, a number of us met to discuss what the outcome of the US election could mean. Because it was too early to tell, much of the conversation focused on parts of the world where leaders who had honed rhetoric and positions like Trump's years earlier had begun to translate them into concrete policies, namely in Russia, Hungary, Turkey, and Poland.

The group included a Bulgarian novelist, two Austrian high school students who had spent a year abroad in the US, a magazine editor, a cultural entrepreneur, and a spattering of graduate students and academics from various disciplines—from medieval studies to political science—and countries (the US, India, Canada, Poland, Hungary, Mexico, Austria, and Bulgaria, to name a few). What those present had in common was middle-class status and a penchant for reading, thinking, and studying, even if some of our lineages were often humbler (more than a few of us were first generation off the farm or factory, and as many had grown up in rural areas). Once all this was established, one of the Bulgarians wondered: "What if this isn't the end of the world. What if it's just the end of our world?"

Those two sentences have haunted me ever since. The late East German novelist Christa Wolf, who was a member of the Socialist Unity Party of Germany (the ruling party of East Germany) from 1949 until a few months before the fall of the Berlin Wall, once recalled the first time she watched a Bertolt Brecht play. The year was 1950, and Brecht himself was sitting nearby in the audience. Wolf watched as the leftist playwright "shook with laughter" throughout the performance: "I would not have dared to laugh at all the places where Brecht had to laugh," she admitted. "His disrespect for the ‘bourgeois tragedy' drove us to distraction." It reminded me of my own reaction to Michael Haneke's Funny Games. Not funny.

We aren't the first to watch our world start to fade and sputter, nor—by the standard of earlier times—is the situation nearly as bad as it could be. I've spent much of my adult life reading books like Robert Graves' Good-Bye to All That and Stefan Zweig's The World of Yesterday. The titles pretty much say it all, but what the context reveals is even more disturbing: that the sinking of the bourgeois intelligentsia is often either a harbinger or a symptom of a more general catastrophe. Graves' books is about his life up to the Great War, and Zweig's was completed in exile during the Second World War. Add to this list the memoirs of individuals like Vladimir Nabokov and Nadezhda Mandelstam, whose worlds were shattered by the Bolshevik Revolution and the Stalinist purges respectively, and the case can be made even more forcefully: when intellectuals are in trouble, a more general demise is often in the works.

Is this because the bourgeois intelligentsia, feeling itself slip, participates in a further downward slide in an effort to save its own skin, preempt the worst, or preserve its status and/or ego? In part, yes. Observe, for example, how historically—as now—the most vehement critics of bourgeois intellectuals are bourgeois intellectuals, many of whom voice an eagerness to see their own role diminished and more power devolve directly to "the people."

Thomas Mann was among those who defended Germany's megalomania during the First World War against what he viewed as de-neutered and over-politicized intellectuals, above all his own leftist brother Heinrich. In Mann's view, a true German intellectual—just like a true German—should steer clear of politics in the interest of Kultur. After the Nazis came to power, Mann ended up in exile in the US: they had no place for him. Nor did they for Carl Schmitt, the still-fashionable critic of liberalism and legal theorist behind the Nazis' rule-by-state-of-emergency. Willingly or not, both thinkers had help laid the groundwork for the Nazi rise to power, but their ever-critical minds were of no use to the new regime. On the contrary.

Indeed, the more authoritarian a state becomes, the more it tends to distrust intellectuals of any stripe. When the Nazis entered Poland in 1939, they killed or interned many members of the Polish intelligentsia. The Soviets did the same when they arrived to Poland. If there is no intelligentsia, there is no one to cry "foul." The Cultural Revolution in China, which had been preceded by the singling-out for persecution of intellectuals in 1950, had a similar effect: self-criticism of the intelligentsia led to public humiliation to forcible displacement and sometimes death. And in none of these cases did the persecution stop with the intelligentsia. Their removal was just the first move in a longer game that sought to eradicate all possible sources of opposition and dissent, even when the regime had to project that possibility onto groups who had never contemplated any form of resistance.

The methods currently being wielded by neo-authoritarians are showing some similar patterns. As a Hungarian historian observed recently, the conservative intelligentsia in Hungary had hoped it would be able to benefit from the current right-wing governments' effective marginalization of the liberal intelligentsia, so it backed up the initiatives of Prime Minister Viktor Orbán and giddily participated in the demonization of liberals. And yet when the government moved to shut down an entire university (the CEU), many of these same intellectuals protested the governments' overreach, only to be ignored. The preference of the regime, it seems, is not for a "changing of the guards" in Hungarian intellectual life, but for the sidelining of the intelligentsia more generally. Immense state resources now go to funding a militarized school for public affairs (NKE) where students wear uniforms and are prepped to become the next generation of Hungarian officialdom. It is also the only institution of higher education that is allowed to grant advanced degrees for dissertations on theories of state.

In general, the Hungarian government seems intent on seeing to it that the population as a whole is less educated. Schooling is only mandatory up to age sixteen, and many students (especially Roma) are increasingly pushed into vocational schools rather than college-preparatory ones. The number of foreign languages on offer has dropped, both in quantity and classroom time, and the slack has been picked up by classes in folk singing and—a new proposal promises—shooting practice. Young women are incentivized to stay home and reproduce, and benefits such as housing subsidies and numerous tax breaks are offered in advance to couples who commit to bearing at least three children (if you fail to do so within a certain number of years, you have to show medical evidence that you are physically incapable of meeting the pre-established child quota).

In Turkey over the past year, fifteen universities have been shut down, 1,500 deans forced to resign, 6,000 faculty have lost their jobs, and some have even had their passports revoked. Meanwhile, 149 media outlets were forcibly shuttered, such that further power grabs and abuses of the government will likely remain underreported or largely unknown, both inside Turkey and beyond. As in Hungary, the government of Recep Tayyip Erdoğan has also made significant changes affecting education more generally, with a recent law making primary education more nationalist and religious. In 2014, 40,000 students were involuntarily enrolled in religious education schools, and to prevent citizens from informing themselves on even matters of the most basic practicality, the government has blocked Wikipedia from the country.

The remaining intellectuals in these countries are confronted by the prospect that their world is ending. Indeed, for many, it already has. But these developments don't merely signal the end of their world, for once they are gone, quis custodiet ipsos custodes? [Who will watch the watchmen?]