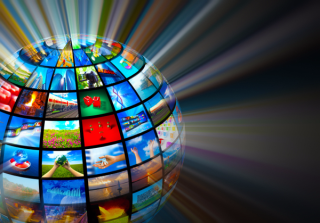 President-elect Trump, along with so many other gaping holes in his knowledge, seems, for all his evident command of social media, to not really get the modern computer age. On the one hand, this is both astounding and terrifying. It’s one thing to have your 70 year old grandmother not understand or want to use The Email, it’s another thing for the incoming President of the world’s great industrial and economic powerhouse to be skeptical about the value of email and computers. On the other hand, in a rather Chauncey Gardner-like way, he may have inadvertently spoken a great truth, “I think the computers have complicated lives very greatly. The whole, you know, age of computer has made it where nobody knows exactly what's going on.”

We are clearly at the point of a huge paradigm shift in the relationship between humans and machines. While we’ve long depended on them in both our professional and personal lives, it has been a means to exercise our wills more quickly and efficiently, servants of our needs and desires. But artificial intelligence has now reached the point where the servant no longer needs the master; every day the news is full of yet another computer that has performed a task that was previously solely a human capability, and increasingly the computers are performing that task not only as well but better than a human could. Today we drive cars, tomorrow they will drive themselves.

While there are many technologies that will change our lives in the next 20 years in significant ways, there are a few that will have an impact beyond the imaginations of most people who aren’t Gene Roddenberry.

Virtual, augmented and mixed reality (VR, AR & MR) have been around in one form or another for 30 years, but recent technological shifts have made it possible to create headsets at a price point that is a game changer, “Twenty-five years later a most unlikely savior emerged—the smartphone! Its runaway global success drove the quality of tiny hi-res screens way up and their cost way down. Gyroscopes and motion sensors embedded in phones could be borrowed by VR displays to track head, hand, and body positions for pennies.” In conjunction with cheap and abundant processing power and data storage we now have the perfect storm to make VR, AR and MR so likely to be ubiquitous in the near future that there are serious predictions of the impending death of the computer monitor and indeed many of our physical devices. While Gene Roddenberry got so much right about the future, one thing he almost certainly got wrong was that, while the Enterprise had a much used VR/MR holodeck, it was a separate space. When the crew was out and about they still held physical machines in their hands and sat in front of physical displays when they were running the starship. This almost certainly isn’t how it’s actually going to be, “One of Microsoft’s ambitions for the HoloLens is to replace all the various screens in a typical office with wearable devices. The company’s demos envision workers moving virtual screens around or clicking to be teleported to a 3-D conference room with a dozen coworkers who live in different cities.”

The Internet of Things (IOT) really just refers to all the connected/smart devices that we’re already all using in our everyday lives, from Fitbits to Nest thermostats. As our cars, homes, offices and cities become increasingly connected, the concept that we once had “dumb” fridges that didn’t alert us when we were out of milk will make my grandchildren laugh as much as descriptions of my childhood home’s one landline accessed by a rotary phone amuses my teenagers now.

As impactful as all these technologies will be, and indeed already are in many cases, the real shock and awe comes from their convergence. When you are interacting with real devices in an augmented reality and those devices have the ability to learn about you, your patterns of behavior and needs and those devices are connected to each other and save this information in the cloud so that you can return to that same state from any other place in the future, then you have an extremely powerful technology ecosystem that, to President-elect Trump’s point, will be very complicated. We’ll be able to interact with things and with each other across physical boundaries in ways that will have significant implications for business sectors from transportation to entertainment to retail and beyond. As our dependence on this ecosystem increases, again (to my horror), to quote Trump, “We have speed and we have a lot of other things, but I'm not sure you have the kind of security you need”.

If the ongoing Russian election hacking drama shows anything, it’s how dramatic and far reaching the results of hacking can be even today. Gartner predicts that by 2020 there will be 20.8 billion connected devices! The potential security threats to this future connected ecosystem are just one concern. Most of us already have given up a lot, probably too much, of our privacy. And not just in the more obvious ways by posting our whereabouts and details of our everyday lives on social media. Even people who are immune to the temptations of social media are almost certainly given up far more of their personal details than they realize. Unless you never buy anything on the internet and don’t own a smartphone, odds are you’re giving information away every day, on your preferences, your demographics, your location, your purchases, your desires. And this is before your fridge starts communicating with your autonomous car so that it knows when you’re near the market that has the lowest price on your favorite kind of cheese, which your fridge deduced once you’d bought the cheese 3 times this month and that it now knows you’re out of.

The technology that you may not have even heard of but which is predicted, and likely, to be the biggest game changer since the first web browser, is blockchain, an immutable, distributed database. It may sound more familiar when I tell you that it’s the technology that sits behind Bitcoin the controversial cryptocurrency. But don’t let stories about cryptocurrencies and money laundering or drug money overshadow the hugely disruptive potential of blockchain. In many ways, Bitcoin and other cryptocurrencies are some of the less interesting use cases of blockchain technology. Blockchain is already being used to assure the origins and authenticity of food and diamonds. It’s being used for asset rights management, land registries, to upend traditional supply chain management and much, much more. Filament is using blockchain technology to manage and secure IoT devices on its smart networks and blockchain likely to be one of the technologies that helps ensure we don’t have 20.8 billion hacked devices in 2020. Other companies are using blockchain to help us secure and manage our digital identity, giving us control over who our personal data is shared with and how it’s used. When blockchain based voting is fully realized, there will be a transparency and immutability to voting that is clearly needed in the US and abroad.

We are at a point where technology is about to become even more complicated and ubiquitous in every aspect of our lives than Donald Trump begins to realize. To be fair, probably more so than most people realize. If Trump’s interested, this white paper does a great job of explaining how, when the Brave New World that sits at the convergence of these technologies has blockchain sitting behind it, we have the potential to not just make it powerful and exciting but also to give our digital lives a level of transparency and security that is both vital and, for the most part, missing today. Of course, the paper’s 41 pages long so he probably won’t read it. You really should.