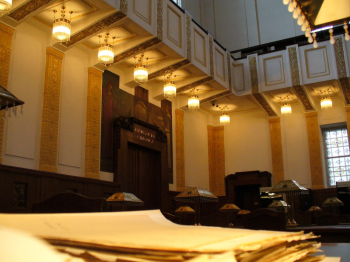 This story—a true one—is about a graphomaniac. I found him in the Croatian State Archives, Zagreb, where even the washrooms have signature tiles. Art nouveau beads drip from the lamps over the desks and carefully restored owls stare down from the tiled ceiling. The building, once wasted on university students cramming for exams, is now reserved exclusively for carriers of the twin fevers, bibliophilia and graphomania (that is, for historians), and is saturated with the smell of old paper and the dust of disintegration.

There, in a collection marked F. 227 MVP NDH Zagreb, 1941-1945, I came upon the chubby, bespectacled Vladimir Židovec (b. 1907), one-time lawyer and “first-class chess player.” His paper footprint filled folder upon folder, spilling over the edges of collections: foreign ministry, interior ministry, party archive, people's tribunal… I tracked him through the Second World War; shopped with him for his first tuxedo when the brand new German puppet known as the Independent State of Croatia sent him as its ambassador to Bulgaria; listened in as he and the Bulgarian prime minister talked politics over cabbage and pork cutlets; checked inventories of his state-furnished rooms in Sofia; bent over desks and tables as he wrote and wrote and wrote; and gawked at the Bulgarian social and political scene through his quirky “who's who” of Bulgaria.

Dimitar Čorbev: “Very sly man. Some affairs have been mentioned in connection with his name. Good speaker.”

Georgi Genov: “Easily frightened. Hasn't left his house in the evening for a long time.”

Mihail Genovski: “Lately he has come under suspicion by the Germans. It is to be expected that steps will be taken against him.”

His documentary zeal vis-à-vis the lives of others left little room for details of his own person, so it was only in a folder of personnel files that I found certificates of recognition and praise from his superiors. My own assessment was similar, but for different reasons: One of his colleagues, the Croat ambassador to Slovakia, was barely literate by comparison, wrote few and uninformative reports, and got drunk and went to the beach, where he bawled out youngsters for going to the beach rather than joining the fight against the Soviets.

Židovec, meanwhile, seemed to take in the whole region, the whole war, the whole world with his (secretary's) typewriter: three volumes of carefully typed and alphabetized notes on contacts and personalities meant for his successor, two books, and thousands of pages of reports on meetings, ceremonies, events, and even trips to the opera where who knows how the fate of the Independent State of Croatia hung in the balance. But from his reports, you felt it surely did.

Then in 1943—silence. The graphomaniac disappeared. His successor, Stijepo Perić, retraced his steps, talking to the statesmen and politicians around Sofia who had known him. They reported that Židovec was annoying, that he always carried a notebook and wrote things down as people talked, like they were suspects in a crime. “Tactless,” they called him. “And cheap.” (In an aside, Perić added that the Bulgarians were not exactly generous either.) Within two months, Perić was made minister of foreign affairs.

For two days I deviated from my research plan to pick up Židovec's trail. On the third day he resurfaced in two bulky folders of solid narrative from 1947/1948. I had to apply for special permission to view the folders, which were of the state security services. From them I learned that, when the Ustaša regime collapsed, Židovec fled to Austria. After a series of near misses with the British occupation forces, he managed to get a visa to Argentina. He headed to the port in Genoa, and as he was boarding the ship he was captured by British agents and later extradited to Yugoslavia. Charged with “mass arrests, killing and deportation to camps of Croats, Serbs, and Jews,” he was to be tried by the new socialist government for war crimes. 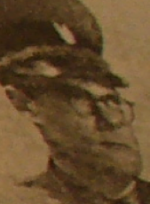 Anticipating his interrogators' need for scapegoats, Vladimir Židovec (fascist) let his graphomania run wild again, but this time for a new genre: several hundred pages of professional and personal autobiography; his apologia. What he produced was unlike his earlier work in that it was endowed with a desperation that only the threat of personal destruction can inspire in a graphomaniacal bureaucrat.

It was to be his magnum opus.

He began with his youth, declaring himself politicized at an early age—and a socialist. He told his partisan readers about a school trip to visit some catacombs where he deliberately shifted the bones of the dead in defiance of Christian taboo to prove he was beyond religion. Between cameos from his political vita, he would pause to overshare: “I always saw love as a spiritual experience and never could, nor did I wish to believe that it exhausts itself through sex.” He spoke of his conversion to fascism, lagging well behind Mussolini's, and facilitated by a big-brother cousin who had joined the radical-right Croatian Ustaša and entranced the young Vladimir with sharp-looking uniforms and angry-sounding songs. Then came the deathbed scene where big-brother cousin, terminally ill and barely able to speak, pulls the pudgy face of the youngster close to his own and whispers this fateful admonition and prophecy: “Just as long” *gasp* “as the Germans and Italians” *gasp gasp* “don't betray us!” *exhale, expire*.

Omens punctuated every page, preparing both readers and writer for a future that had been overtaken by the present. When Hitler decided to invade Yugoslavia, the Ustaša rose to power with Germany's support. Vladimir, now a lawyer in the prime of his years, attended a ceremony in his hometown of Karlovac where the Croatian Dictator Ante Pavelić was to give a speech. The stage was set, the audience gathered in a great hall. The loudspeakers hummed between the excited introductory observations of the leading regional party functionary. Amid wild applause, the Dictator stepped up to the microphone…

And at that precise moment all the lights went out.

The crowd and the Dictator sank into a sudden and all-consuming darkness and silence. “Unpleasant forebodings,” Židovec told his judges and executioners. The Dictator was a bad man and the party was a bad party. And above all, the Germans were not to be trusted. He should have stayed a socialist—indeed, he did stay a socialist. Yes, deep down, ladies and gentlemen of the jury…apologies! Comrades of the tribunal—deep down Vladimir Židovec had always been and remained a socialist. His flirtation with fascism was but a minor and—more importantly—temporary deviation from the true path he had set out upon in his youth.

The dossier gave the date of Židovec's execution (by shooting) as March 3, 1948 at 3 a.m. But in the early 2000's, one historian, Nada Kisić Kolanović, did not accept that he was truly dead. She had found reports written by a certain “Dizdar” that reproduced with uncanny precision Židovec's graphomaniacal thoroughness and particular expertise among the documents of the communist information services. His hundreds of pages of testimony had shown his captors how much he knew about everything and everyone, and, more importantly, how much he was willing to tell. The Vladimir Židoveces of the world are simply too valuable. Perhaps, Kisić Kolanović speculated, the constituted authorities had executed him on paper and reincarnated him in fact so he could continue to produce an incessant stream of information and detail to feed the fantasies of state and historian alike.