“Many shall run to and fro, and knowledge shall be increased” – Daniel 12:4 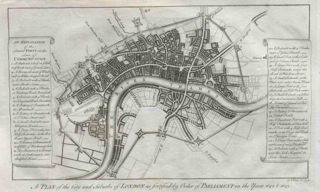 London was an exciting place to be in 1641. The political uncertainty was both thrilling and terrifying: many Puritans, convinced that their suspected crypto-catholic king, Charles I, was in league with the Anti-Christ, were pushing back against his high-handed policies. Their frustration was to lead to civil war within a year. A small circle of London intellectuals, led by Samuel Hartlib, seized the uncertainty of the time to push for what they hoped would be a middle way: a tolerant and enlightened Protestantism that could serve as a foundation for a pan-European utopia.

Hartlib had come to London in 1628 as a refugee from war-torn Poland. He was inspired by Francis Bacon’s vision of an enlightened society built around the pursuit of knowledge, and he saw that such a society could emerge only if education was completely reformed. He maintained an extensive correspondence with savants across Europe, introducing intellectuals with one another and promoting new works of scholarship. He eventually fell into company with John Williams, bishop of Lincoln, who shared his ideals and moreover had access to both money and Parliament. They hatched a plan.

The plan was to invite to London two intellectuals Hartlib knew from his days in Poland: John Dury and John Amos Comenius. Both men shared Hartlib’s zeal for reforming education and for uniting Protestants into common cause against the Catholics. With their energizing presence in London, it was thought that a new vision forward would spread throughout the land, and Parliament would seize upon a model that was more Calvinist than the king would like but less severe than the Puritanism of the would-be rebels: a just compromise.

There was more at stake than mere political stability. Many in Hartlib’s circle believed that the thousand-year rule of the Roman Anti-Christ (aka the Pope) was finally coming to an end, and the new thousand-year rule of Christ was coming into being. Unlike his dour counterparts, Hartlib believed that God rewarded human efforts to come to know the world through natural philosophy, and that piety and natural curiosity could go hand in hand.

Comenius arrived in 1641, and was immediately wined and dined in Hartlib’s circle. Under the apprehension that he was under a commission from Parliament, Comenius set to work designing a new system of education from the ground up. He proposed that children should be taught through pleasant picture books – no beatings required! – and that lessons should be accommodated to the age and skills of the child. He believed a new, universal language could be constructed which would be both sensible and easy to learn. And he thought that a pan-European college could be instituted, a “College of Light,” that would consist of bright intellectual stars from many lands, but would be headquartered in London, as a tribute to the great Francis Bacon. It would be the College’s task to frame a universal knowledge (pansophy) on which all knowledgeable people would agree: an encyclopedia, of sorts.

The London savants eagerly took his ideals as their own, and English translations of Comenius’s various writings were soon published. John Wilkins started developing a systematic universal language – a “real character and philosophical language.” Hartlib began to work toward establishing a college of universal knowledge in London, and Dury set about rallying support among the Protestant leaders – with the enticement that once the nature of a single, true Protestantism became known, the Jews would immediately convert, and God’s Kingdom would follow.

It was not to be, of course. It soon became clear that Parliament had more pressing concerns; Williams was imprisoned in the Tower, having run afoul of party politics; and the king was dispatching soldiers to quell a revolution in Ireland. Comenius saw that the grand project was going nowhere, and so he accepted an invitation to reform education in Sweden (after turning down an offer to be president of the new American college, Harvard). Civil war broke out in 1642; Hartlib and Dury hunkered down for the storm.

But the general enthusiasm for new institutions of knowledge eventually bore fruit. When the Royal Society of London began to meet in the late 1660s, at least some of its momentum was inherited from Hartlib’s early efforts. But the religious millennial ideals were deliberately set aside: the Royal Society did what it could to attend only to matters of science, and stay as free as possible of politics and religious revelations. As the historian Hugh Trevor-Roper wrote, “they would not waste their time on the Millennium, the Messiah or the number of the Beast” – all except Isaac Newton (president of the RSL, 1703-25) who dedicated his mind to just these things for much of his life. He agreed with Hartlib that the book of nature and the book of prophecies would harmoniously supplement one another, when properly understood. 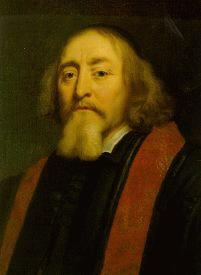 John Amos Comenius still had a lot of life ahead of him after his London adventure. While en route to Sweden, he met with René Descartes for a long conversation; the pair finally agreed to disagree about the importance of revelation for natural knowledge. After eight years of work in Sweden, he went on to Hungary, on yet another pedagogic mission. While in Hungary he completed his charming picture book for teaching Latin to children, which quickly became a lesson book used in many nations, with new editions running deep into the 19th century. (The last American edition was published in 1887.) In 1655, Comenius was back in Poland, where a fire destroyed all his possessions along with a mountain of manuscripts. He retired to Amsterdam in 1661, published as much of his remaining work as he could (including his wonderful Labyrinth of the World and Paradise of the of the Heart), and died in 1670.

What is interesting in all this lies in its peculiar entanglement of politics, religion, heady ideals, science, and institution – an entanglement that is as strange as it is familiar. Human society, in its most interesting and tense periods, is a superposition of very abstract ideas and very concrete realities. The motions of our bodies cast shadows into the world of ideas, just as those airy ideas pull along our bodily motions in unpredictable ways. Gaining an understanding of history means looking into other times and other spaces with different minds – or at least minds stocked with different sets of ambitions and constraints. If nothing else, the exercise brings into sharp relief the manifold complications, both physical and ideal, of trying to turn grand plans into reality.