A South African literary event called 'The Time of the Writer' was to have been a moment of celebration for local writer Zainub Priya Dala. The author's debut novel, called What About Meera, was due to have been launched at the Durban festival.

Instead Dala was nursing injuries after being attacked at knifepoint with a brick and called [Salman] “Rushdie's Bitch!” The attack – which shocked and outraged SA's literary community – happened one day after Dala had expressed an appreciation of Rushdie's work. 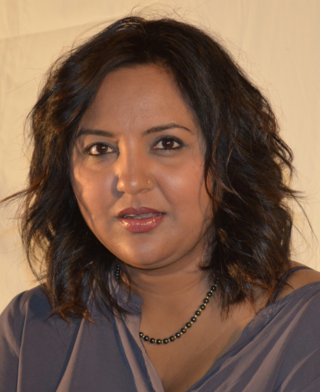 “Dala was followed from the festival hotel and was harassed by three men in a vehicle who pushed her car off the road,” a statement by Dala's publishers read. “When she stopped, two of the men advanced to her car, one holding a knife to her throat and the other hitting her in the face with a brick while calling her ‘Rushdie's bitch'. She has been treated by her doctor for soft-tissue trauma, and has reported the incident to the police.”

The author – who is also a therapist who counsels autistic children – said through her publishers that she believed the attack stemmed from her voicing support for Rushdie's writing style. Dala was at a school's writing forum and was asked which writers she admired. She offered a list of writers including Arundhati Roy, and said that she “liked Salman Rushdie's literary style.” After saying she appreciated Rushdie, a number of teachers and students stood up and walked out in protest. The next day Dala was attacked.

After discovering what happened to Dala, Rushdie Tweeted: “I'm so sorry to hear this. I hope you're recovering well. All good wishes.” Dala's response? “Thank you. I have my family and children around me and am recovering.”

SA literary site, www.bookslive.co.za stated that “the assault counts as an extension of Rushdie's complicated history with South Africa.” BooksLive explained that Rushdie “was famously ‘disinvited' from a literary festival in 1988, after the Ayatollah Khomeini's fatwa was issued against him and his novel, The Satanic Verses.”

Rushdie was invited to South Africa 27 years back by a top investigative newspaper to give a public lecture on censorship. He was due to have shared a platform with Booker prize winners Nadine Gordimer and JM Coetzee.

As news of the invitation spread, the paper received threats of violence. The Africa Muslim Agency demanded that the invitation be withdrawn, and The Islamic Missionary Society stated that “there was every likelihood that [Rushdie] would be assaulted.” The Islamic society warned that blood would flow. “There are secret Muslim hit squads who have vowed to avenge the honour of the Holy Prophet Muhammed,” it stated.

“Wherever there is a bleeding sore on the body of the world, the same hard-eyed narrow-minded fanatics are busy, indifferent to life, in love with death. Behind them always come the mullahs, the rabbis, the predikante [ministers], giving their blessings,” Coetzee added.

“As the various books of the various fundamentalisms, each claiming to be the one true book, fantasise themselves to be signed in fire or engraved in stone, so they aspire to strike dead every rival book, petrifying the sinuous, protean, forward-gliding life of the letters on their pages, turning them into physical objects to be anathematised, things of horror not to be touched, not to be looked upon,” said Coetzee.

In the wake of this awful attack on freedom of speech and on a promising young writer, how does one show support for Dala? As anchor, author and journalist, Imran Garda eloquently tweeted, we support Dala by buying her book. By championing the “endlessness of writing” – her writing – we eloquently add to the roar of writers globally who condemn this heinous act.

Mandy de Waal is a writer and journalist based in Cape Town South Africa. Follow her on Twitter: @mandyLdewaal

Author ZP Dala Assaulted at Time of the Writer for her Admiration of Salman Rushdie on BooksLive.

Fireflies and Fiery Fatherly Love: An Excerpt from What About Meera by ZP Dala

South Africa: Clash of the Booker titans in The Guardian.