There are at least two ways of how the topic of trust in God is broached in Friday sermons that I have attended in the United States. Some imams lament the decrease of trust in God in the age of modernity. Instead of trusting God that He is looking out for the believers, modern day Muslims believe that they can control their destiny on their own without any Divine assistance. These imams see this lack of trust in God as a sign of weakening faith and an overall demise in piety. But in recent years, I have also heard an increasing number of sermons mentioning an important story from the Muslim tradition. In this story, Prophet Muhammad asked a Bedouin why he was leaving his camel untied and thus taking the risk that this valuable animal might wander off and disappear. When the Bedouin responded that he placed his trust in God who would ensure that the animal stayed put, the Prophet told him that he still needed to first tie up his camel and then place his trust in God. Sermons referring to this story admonish their audience to avoid the trap of fatalism. Just because you trust God does not mean that it obviates the need for rational and responsible action by each individual. 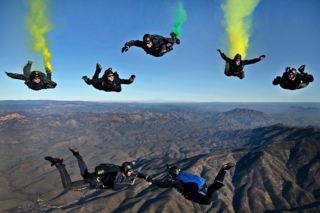 It is much easier for me to identify with the camel-tying camp because I find it rather challenging to take risks exclusively based on the trust in an inscrutable and minimally communicative entity. Both, believers and non-believers, take risks in personal matters such as finance or health. However, in my experience, many believers who make a risky financial decision or take a health risk by rejecting a medical treatment backed by strong scientific evidence tend to invoke the name of God when explaining why they took the risk. There is a sense that God is there to back them up and provide some security if the risky decision leads to a detrimental outcome. It would therefore not be far-fetched to conclude that invoking the name of God may increase risk-taking behavior, especially in people with firm religious beliefs. Nevertheless, psychological research in the past decades has suggested the opposite: Religiosity and reminders of God seem to be associated with a reduction in risk-taking behavior.

Daniella Kupor and her colleagues at Stanford University have recently published the paper “Anticipating Divine Protection? Reminders of God Can Increase Nonmoral Risk Taking” which takes a new look at the link between invoking the name of God and risky behaviors. The researchers hypothesized that reminders of God may have opposite effects on varying types of risk-taking behavior. For example, risk-taking behavior that is deemed ‘immoral' such as taking sexual risks or cheating may be suppressed by invoking God, whereas taking non-moral risks, such as making risky investments or sky-diving, might be increased because reminders of God provide a sense of security. According to Kupor and colleagues, it is important to classify the type of risky behavior in relation to how society perceives God's approval or disapproval of the behavior. The researchers conducted a variety of experiments to test this hypothesis using online study participants.

One of the experiments involved running ads on a social media network and then assessing the rate of how often the social media users clicked on slightly different wordings of the ad texts. The researchers ran the ads 452,051 times on accounts registered to users over the age of 18 years residing in the United States. The participants either saw ads for non-moral risk-taking behavior (skydiving), moral risk-taking behavior (bribery) or a control behavior (playing video games) and each ad came either in a 'God version' or a standard version.

Here are the two versions of the skydiving ad (both versions had a picture of a person skydiving):

God knows what you are missing! Find skydiving near you. Click here, feel the thrill!

You don't know what you are missing! Find skydiving near you. Click here, feel the thrill!

The percentage of users who clicked on the skydiving ad in the ‘God version' was twice as high as in the group which saw the standard “You don't know what you are missing” phrasing! One explanation for the significantly higher ad success rate is that “God knows….” might have struck the ad viewers as being rather unusual and piqued their curiosity. Instead of this being a reflection of increased propensity to take risks, perhaps the viewers just wanted to find out what was meant by “God knows…”. However, the response to the bribery ad suggests that it isn't just mere curiosity. These are the two versions of the bribery ad (both versions had an image of two hands exchanging money):

Learn How to Bribe!

God knows what you are missing! Learn how to bribe with little risk of getting caught!

Learn How to Bribe!

You don't know what you are missing! Learn how to bribe with little risk of getting caught!

In this case, the ‘God version' cut down the percentage of clicks to less than half of the standard version. The researchers concluded that invoking the name of God prevented the users from wanting to find out more about bribery because they consciously or subconsciously associated bribery with being immoral and rejected by God.

These findings are quite remarkable because they suggest that a a single mention of the word ‘God' in an ad can have opposite effects on two different types of risk-taking, the non-moral thrill of sky-diving versus the immoral risk of taking bribes.

Clicking on an ad for a potentially risky behavior is not quite the same as actually engaging in that behavior. This is why the researchers also conducted a separate study in which participants were asked to answer a set of questions after viewing certain colors. Participants could choose between Option 1 (a short 2 minute survey and receiving an additional 25 cents as a reward) or Option 2 (four minute survey, no additional financial incentive). The participants were also informed that Option 1 was more risky with the following label:

Eye Hazard: Option 1 not for individuals under 18. The bright colors in this task may damage the retina and cornea in the eyes. In extreme cases it can also cause macular degeneration.

Text used for participants in the control group:

“In 2006, the International Astronomers' Union passed a resolution outlining three conditions for an object to be called a planet. First, the object must orbit the sun; second, the object must be a sphere; and third, it must have cleared the neighborhood around its orbit. Pluto does not meet the third condition, and is thus not a planet.”

Text used for the participants in the ‘God reminder' group:

“God is often thought of as a supreme being. Theologians have described God as having many attributes, including omniscience (infinite knowledge), omnipotence (unlimited power), omnipresence (present everywhere), and omnibenevolence (perfect goodness). God has also been conceived as being incorporeal (immaterial), a personal being, and the “greatest conceivable existent.”

As hypothesized by the researchers, a significantly higher proportion of participants chose the supposedly harmful Option 1 in the ‘God reminder' group (96%) than in the control group (84%). Reading a single paragraph about God's attributes was apparently sufficient to lull more participants into the risk of exposing their eyes to potential harm. The overall high percentage of participants choosing Option 1 even in the control condition is probably due to the fact that it offered a greater financial reward (although it seems a bit odd that participants were willing to sell out their retinas for a quarter, but maybe they did not really take the risk very seriously).

A limitation of the study is that it does not provide any information on whether the impact of mentioning God was dependent on the religious beliefs of the participants. Do ‘God reminders' affect believers as well atheists and agnostics or do they only work in people who clearly identify with a religious tradition? Another limitation is that even though many of the observed differences between the ‘God condition' and the control conditions were statistically significant, the actual differences in numbers were less impressive. For example, in the sky-diving ad experiment, the click-through rate was about 0.03% in the standard ad and 0.06% in the ‘God condition'. This is a doubling but how meaningful is this doubling when the overall click rates are so low? Even the difference between the two groups who read the Wikipedia texts and chose Option 1 (96% vs. 84%) does not seem very impressive. However, one has to bear in mind that all of these interventions were very subtle – inserting a single mention of God into a social media ad or asking participants to read a single paragraph about God.

People who live in societies which are suffused with religion such as the United States or Pakistan are continuously reminded of God, whether they glance at their banknotes, turn on the TV or take a pledge of allegiance in school. If the mere mention of God in an ad can already sway some of us to increase our willingness to take risks, what impact does the continuous barrage of God mentions have on our overall risk-taking behavior? Despite its limitations, the work by Kupor and colleagues provides a fascinating new insight on the link between reminders of God and risk-taking behavior. By demonstrating the need to replace blanket statements regarding the relationship between God, religiosity and risk-taking with a more subtle distinction between moral and non-moral risky behaviors, the researchers are paving the way for fascinating future studies on how religion and mentions of God influence human behavior and decision-making.